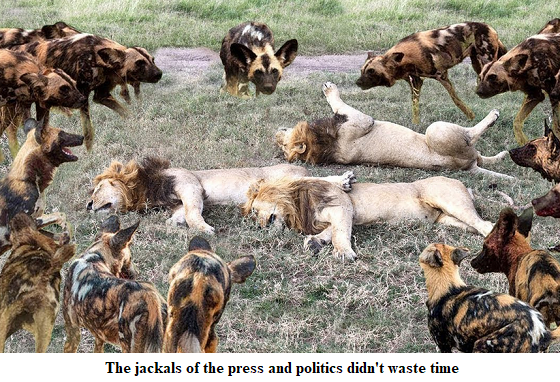 As this column is written, it is the first day in seventy years that Queen Elizabeth II has not reigned over her Commonwealth. The Queen’s death was announced early in the morning Australian time, following overnight reports that her family was gathering at Balmoral Castle to be with her in the event of her passing.

Leftists immediately took this opportunity to compete with each other over who could provide the most distasteful response. Greens leader Adam Bandt was quick out of the blocks with his entry.

“Rest In Peace Queen Elizabeth II. Our thoughts are with her family and all who loved her,” he began. With that small protective shield of politeness in place, Bandt instantly pivoted to full political mode. These were his next lines: “Now Australia must move forward. We need Treaty with First Nations people, and we need to become a Republic.”

Along with Malcolm Turnbull, Peter FitzSimons and all the other republicans, Bandt is apparently doing his very best to ensure we never become a republic. Who, after all, would want to be a member of their tone-deaf, ego-driven team?

But the New York Times sought an altogether original angle of attack. It found someone who instead condemned Queen Elizabeth II for decolonising the British Empire.

“The queen,” wrote Harvard University history professor Maya Jasanoff, was “the face of a nation that, during the course of her reign, witnessed the dissolution of nearly the entire British Empire into some 50 independent states and significantly reduced global influence.”

You’d think, from Jasanoff’s leftist perspective, that dissolving the British Empire and reducing its global influence would be a good thing. But no—she then blamed the Queen for violence that occurred in those independent nations.

“By design as much as by the accident of her long life, her presence as head of state and head of the Commonwealth, an association of Britain and its former colonies, put a stolid traditionalist front over decades of violent upheaval,” Jasanoff decided.

“As such, the queen helped obscure a bloody history of decolonization whose proportions and legacies have yet to be adequately acknowledged.”

I know. I can’t work it out either. But first prize in the contest of the damned must go to Carnegie Mellon University professor Uju Anya, whose Twitter contribution was submitted shortly before the announcement of the Queen’s death.

“I heard the chief monarch of a thieving raping genocidal empire is finally dying. May her pain be excruciating,” Anya wrote.

Anya then had second thoughts. Being a demented leftist, those thoughts were: “You know, maybe I didn’t go in hard enough.”

So she added this: “That wretched woman and her bloodthirsty throne have f***ed generations of my ancestors on both sides of the family, and she supervised a government that sponsored the genocide my parents and siblings survived.

Undergraduate tuition at Carnegie Mellon University is, by the way, in the vicinity of $86,000 per year—so you can imagine what a professor there is paid. And what is it that Uju Anya actually teaches?

According to her website, she is a professor and researcher “in applied linguistics, critical sociolinguistics, and critical discourse studies primarily examining race, gender, sexual, and social class identities in new language learning through the experiences of African American students.

“Her other areas of inquiry include applied linguistics as a practice of social justice and translanguaging in world language pedagogy.”

It’s safe to say, then, that Anya’s contribution to global advancement does not quite match that of the Queen. At best, it may be on a similar level to one of Her Majesty’s corgis. The gimpy one with the bung leg.

Immediate responses to significant events are a key indicator of character. Were those above to have taken a few more minutes to consider their statements, they might have opted for words that weren’t quite so hateful or politically opportunistic. They might have taken in the broader sweep of history, and composed something reflective and worthwhile.

Then again, perhaps not. The AFL held a minute’s silence to mark the Queen’s passing at a game held on the evening after her death was announced. After which they thought about it, and cancelled similar displays of respect. As the Herald Sun reported: “The AFL has shelved plans for a minute’s silence to be held for the death of Her Majesty Queen Elizabeth II for the remainder of round three of AFLW.

“The decision was made following consideration of sensitivities related to the fact that the round is AFLW Indigenous Round.”

So gross insensitivity is deployed in the name of sensitivity. And people wonder why I walked away from the AFL earlier in 2022 after fifty years of fandom. That code is woke to the point of toxicity.

Interestingly, some leftist media outlets put aside their concerns about colonialism and such when pondering the reign of King Charles III. “As he takes over from Queen Elizabeth II,” the Thomson Reuters Foundation wrote, “we ask whether King Charles III could be the ‘climate king’ … Charles has been one of the highest-profile global proponents for protecting the planet in recent decades.”

The Sydney Morning Herald chimed in with: “All hail King Charles III, the green monarch.” He’s a climate co-religionist. But the woke ought not get their hopes up. Charles made clear four years ago that as king his days of activism would be over.

“Charles has faced criticism for decades over his campaigning on issues such as GM crops, architecture, integrated medicine, and climate change,” the Guardian reported in 2018. “When told people have expressed worries that this would continue in the same way, Charles responds: ‘No. It won’t. I’m not that stupid. I do realise that it is a separate exercise being sovereign.’”

Indeed it is, as Queen Elizabeth II demonstrated so admirably throughout her entire reign. She will never be forgotten. Her spiteful detractors, however, will not enjoy anything even remotely like her legacy. 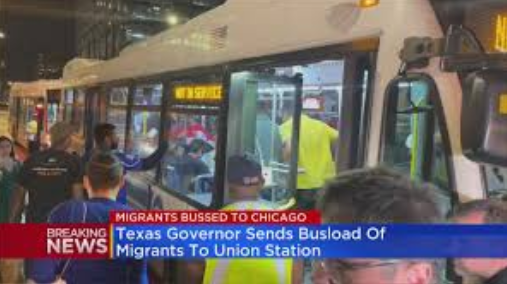 TEXAS and Arizona have a problem. Thanks to President Joe Biden’s inept border protection policies—remember when he put VP Kamala Harris in charge of the border?—those southern states are being swamped daily by thousands of illegal immigrants.

Most are unvaccinated, which is why some suggested that tennis great Novak Djokovic should have used an illegal path for US entry rather than go through official channels and be banned from competing in the US. And quite a few are used as mules by Mexican drug cartels to import deadly fentanyl.

Sources claim that the number of illegals entering the US via the southern border already exceeds two million, just in the past year. In the year previous, there were what authorities describe as 1.7 million “migrant encounters”.

Obviously, smallish border towns in Arizona and Texas simply cannot cope. So the Republican governors of those states looked around the US to see if there were any cities prepared to share the load.

They were in luck! Far-distant New York, Washington DC and Chicago have all in recent years declared themselves to be “sanctuary cities” that would welcome illegals, refugees, asylum seekers or whatever they’re called. “We celebrate our diversity and respect all DC residents no matter their immigration status,” Washington mayor Muriel Bowser declared in 2016.

Of course, it’s very easy to proclaim your migrant-friendly virtue when very few illegals are actually turning up. So Greg Abbott and Doug Ducey, respectively the Republican governors of illegal-inundated Texas and Arizona, devised a plan that should have been applauded by everybody.

They hired buses, loaded them with illegals and sent them thousands of kilometres away to New York, DC and Chicago. At a stroke, this would ease the situation in Texas and Arizona and also allow those sanctuary cities to demonstrate their generosity.

But then the screaming began. In New York, mayor Eric Adams fumed as bus after bus arrived with refugee cargo: “It’s the worst type of politics. It’s hateful politics.” DC mayor Bowser called on the federal government to send in the National Guard, and DC councillor Brianne Nadeau claimed “the governors of Texas and Arizona have turned us into a border town”.

Chicago mayor Lori Lightfoot described the tactics employed by Texas and Arizona as “racist practices of expulsion”. My, my. These sanctuary cities really don’t sound very migrant-friendly at all.

Of course, there are other sanctuary cities in the US, most of them also far away from Joe Biden’s porous southern border. Some of these places are getting a little nervous. In early August, the Texas governor’s office was asked which cities might be next to cop an unrequested migrant surplus.

“Stay tuned,” a spokesman replied. Those cities were all for illegal immigration, so long as someone else dealt with it. Now the problem is their own, and they hate it.

7 thoughts on “More Twisted Than a Corgi’s Bung Leg”