Hail to The Donald 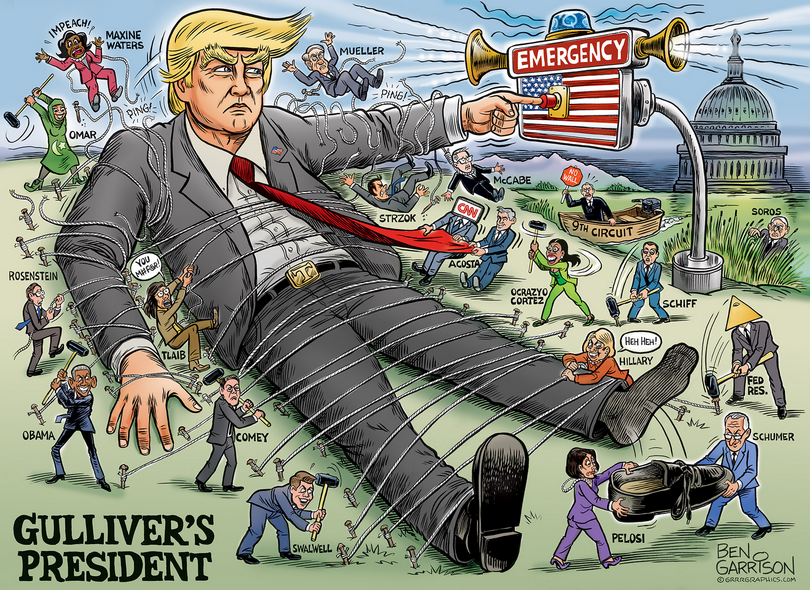 Why was Donald Trump such a remarkably successful president, both in politics and in policy? Anyone who doubts his success in politics, or thinks he bought his way to office, need only look to the unsuccessful presidential campaigns of Nelson Rockefeller, Ross Perot, Steve Forbes, Michael Bloomberg and Tom Steyer. And anyone who doubts his success in policy need only look to his record: tax cuts, regulatory reform, a four-year pause in illegal immigration, Arab-Israeli peace, the US-Mexico-Canada agreement, and the building of a Western consensus against China. Even his coronavirus performance was a toss-up: most of America’s excess deaths are attributable to the incompetence of Democratic governors, and Trump can rightly take credit for the push to develop vaccines in record time. About the worst that can reasonably said about President Trump is that his Tweets were impolite—and he was extraordinarily ungracious in defeat.

So how did the Donald do it? We’ve all heard lots of opinion from academics, journalists and just plain philistines, but Richard Alston in Donald Trump: The Ultimate Contrarian writes from the perspective of a practical politician and policy-maker. A former senator, cabinet minister and president of the Liberal Party, Alston writes that Trump’s 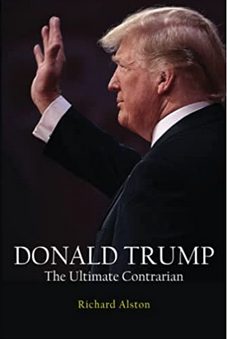 were much more interested in media-driven priorities … than bread-and-butter issues.

Once elected, he was then naive enough to actually keep his political promises. The result was that, through the unlikely avatar of a New York property developer, middle America took control of the White House. Commonsense (seat-of-the-pants?) politics and policies trumped the refined civilities of the professional political class. Alston calls it “democracy’s finest hour”.

Alston writes of Trump that “the seeds of his triumph and Hillary Clinton’s defeat lay in the creeping atrophy of politics … in recent decades”:

an elite, self-absorbed game practised by insiders, indulging their pet projects and pandering to their support bases amidst the studied neglect of those less fortunate than themselves.

He’s writing here about America, but he makes clear throughout the book that the same message applies to Australia, New Zealand and the United Kingdom. He further attributes Trump’s foreign policy wins to a “refreshingly commercial approach to international mediation”, which he likens to an unconscious application of the “Henry Kissinger school of diplomacy”. Alston gets an occasional detail wrong (Trump certainly did not pursue “a total and complete shutdown of Muslims entering the United States”) but his insider explanations of the big issues are invaluable. Even readers who obsessively follow the American news will benefit from Alston’s insights into the inner workings of electioneering and government.

Alston does not address the January 6 Capitol occupation. And although The Ultimate Contrarian is strong on explaining Trump’s successes, it is weak on explaining his final electoral loss. Alston mostly accepts at face value the conventional view that Trump defeated himself with his “relentlessly boorish behaviour”. Of course, Alston recognised that in 2020 the odds were stacked against Trump, with the entire political establishment determined to bring him down. Nonetheless, Alston concludes that “second time around it can be said that the left media got their man, but not really—he got himself”. In Alston’s account, Trump’s “never-ending verbal aggression ultimately proved counter-productive and led to a significant breakaway movement of Trump defectors who had supported his policy initiatives but had become sick and tired of rhetorical indiscipline”.

That is to discount the fact that Trump’s vote total actually rose between 2016 and 2020. Whatever those of us who engage in polite literary discussion may think of Trump’s tweeting, the numbers suggest that Trump did not lose voters in 2020. What really happened was that the electorate expanded. Whether that expansion was legitimate or illegitimate, it was certified by the states and accepted by Congress. Trump may have been able to expand his own vote total even further had he moderated his inflammatory language, or even to have prevented an expansion in the vote against him. But attributing Trump’s defeat to his indiscreet language is at best a guess, and at worst wishful projection.

Alston dedicated The Ultimate Contrarian to “identifying those concrete achievements and policy initiatives of Donald Trump, which could be seen to be the key to not only electoral success but getting America back on track”. He can be congratulated for a mission well done, and in just over a hundred breezily readable pages. Now if only Alston can find the key to Australian electoral success and getting Australia back on track, he can make a real difference. He does advise politicians everywhere to “be brave, or at least confident, believe in yourself and not the polls, make sure you deliver to your target audience, then give them some tasty morsels to chew on”.

Australian readers have the tasty morsel of this book. Australian voters are left with … Clive Palmer? Well, you never know. If nothing else, Trump proved that an outsider can win. Alston’s message for the next one is to “cultivate the mainstream … because that is where the majority of the votes always are”.

Salvatore Babones is the Philistine