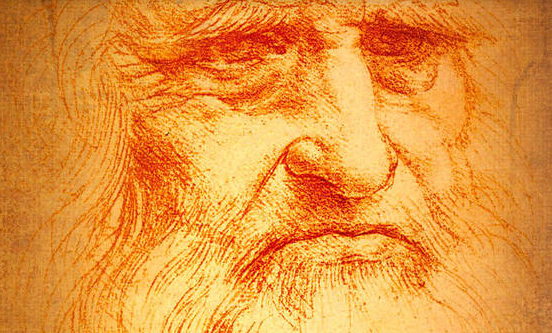 As any culture critic who is not a total philistine will tell you, Leonardo da Vinci was gay. Michelangelo? One look at his David gives him away. Socrates, Plato, Aristotle? Gay, gay, gay. Or maybe bi, or these days pre-trans. But still gay. Sappho of Lesbos, the original Sapphic Lesbian, wrote poetry about the beauty of women. Ipso facto, gay. As for Homer’s Achilles and his—ahem—“beloved” squire Patroclus, leaving aside the fact that the Iliad is a story and the two characters may never have existed as real people, the verdict is inevitable: they were gay. Go back far enough in history, Western history at any rate, and it seems almost everyone was gay. Or at least every Greek. And the Italians who loved them.

The chief evidence that Leonardo was gay seems to be that he was once accused (but not convicted) of engaging in indecent behaviour with a teenage boy. If that sounds all too familiar to Quadrant readers, keep in mind that the Florentine authorities did not investigate the twenty-three-year-old Leonardo for child abuse, but for sodomy. Then there’s the story of Leonardo’s houseboy, Andrea Salaì. At the age of thirty-eight, Leonardo took in the ten-year-old Salaì, who remained his servant-companion for the next three decades. Sadly, no roster of Salaì’s duties has survived. He may just have tidied up the studio, fetched wood for the fire, and drew Leonardo’s bath. He may have drawn other things, too. It is even rumoured that he painted the Salvator Mundi.

With so much innuendo, the only thing we know (almost) for certain about Leonardo’s sex life is that he never married. There are no firm accounts of him having sexual relationships with men, women or animals. He can comfortably be cast as homosexual, heterosexual, bisexual, asexual, queer, or even genderqueer (not the same thing), as desired. He may even have been nothing more than a pederast. If so, it would come as no surprise. Sexual relations between adult men and young boys were apparently very common in Renaissance Florence, which was after all experiencing a re-naissance of classical Greek culture—and everything that implies. When in Rome, do as the Romans; when in Florence, as the Greeks.

In any case, Leonardo has finally gotten his due, featuring in a murder mystery series on Amazon Prime. The series creators are keen to explore his sexuality, and after five centuries of speculation, who can blame them? As long as they keep the crimes coming. A bit of sexual ambiguity is good enough for a film script, but it can’t sustain a television series for very long. Leonardo has already been confirmed for a second season, so look for the bodies to start piling up. Pro tip: don’t get too attached to any character who is not a confirmed historical figure. Artists’ models are expendable; Raphael and Michelangelo are not.

Speaking of Michelangelo, Season 2 will reportedly see Leonardo moving to Rome, with the big M auditioning for a spin-off of his own. There’s no word yet on whether this would also be a mystery series. Maybe a medical drama? Both Leonardo and Michelangelo are known to have dissected corpses, so there’s plenty of scope for a cross-over.

In Amazon’s Leonardo, Leonardo’s “little devil” Salaì is played by the twenty-five-year-old Catalan hunk Carlos Cuevas. Leonardo himself is played by Aidan Turner, who at thirty-seven years old is actually one year younger than the historical Leonardo was when he first—ahem—employed the ten-year-old Salaì. And thus, through the magic of Hollywood, the suspected pedophile is transformed into the pioneering homosexual. Cue the Emmys. And Streamys. And, depending perhaps on the quality of the sexual performances, the SAGs.

For Hollywood, a bisexual Leonardo is much more bankable than an asexual one. So instead of downplaying their central character’s potential pederasty to focus on his art (and crime-solving), they have upgraded the scant historical evidence that Leonardo exhibited any sexuality at all into a cinematic exploration of homo- and hetero-eroticism in art. Cha-ching. The fact that Leonardo painted all of his major subjects fully clothed (and modestly so) doesn’t prevent the producers from dropping in gratuitous nude modelling scenes. Mona Lisa would blush.

So might Leonardo. Although he sketched nudes in his private notebooks as a matter of course (most famously, the Vitruvian Man), these were technical studies, and not intended for public viewing. Leonardo’s one ascribed nude painting, Leda and the Swan, survives only in “copies”, and is believed by many experts never to have been painted at all. Leonardo’s lost Adam and Eve only ever existed as a watercolour study for a tapestry that was never woven, and it’s hard to imagine that much nude modelling would have been required for a tapestry. Leonardo’s undisputed surviving works are all notably chaste. Considering that Leonardo’s teacher, students and contemporaries painted voluptuous nudes at every opportunity, Leonardo stands out as a positive prude by comparison.

And why shouldn’t a great Renaissance painter have been a moral (by the standards of his time), upstanding (ditto), personally conservative and sexually restrained pillar of the community? The only real evidence we have that Leonardo ever had sex with anyone at all is that anonymous sodomy accusation, and even that only named Leonardo as one of a party of four. For all we know, he was the lookout man for his more libidinous friends, if he was even involved at all. Leonardo’s “little devil” Salaì may have been no more than an ordinary apprentice, and Leonardo himself the most upstanding of mentors. Had Leonardo lived at a time of extreme modesty and sexual repression, we might suspect that dark secrets lurked behind his serene exterior. Given that he maintained a spotless reputation while living in a society that was even more libertine than our own, it seems more reasonable to assume that the inner Leonardo matched the picture on the tin.

There is, however, one thing we know for certain about Leonardo’s sexuality. With apologies to the Guardian, Leonardo definitely was not “gay”. Or bi. Or queer or genderqueer (not to be confused). Nor was Leonardo an Indian hijra, a Thai ladyboy, a Mexican muxe, a Hawaiian mahu, an Ottoman köçek, or an Edwardian dandy. If he was anything on the rainbow spectrum, it was asexual. Growing up in Renaissance Italy, he may have been an unwilling castrato (you never know), and that’s a surefire route to asexuality if there ever was one. His supposed self-portrait with a beard is just that—supposed—and anyway it could have been a wistful fantasy. Leonardo the secret castrato might even have invented himself a false beard. Five centuries later, who knows?

What is known, even after five centuries, is that gays did not exist in Renaissance Florence. Men had sex with men, certainly. Pederastic sodomy was widely practised as a way for men to seek pleasure without the risk of conceiving a child. What we now classify as statutory rape appears to have been a normal (though officially condemned) coming-of-age experience for Renaissance boys. Historians tell us that most of Leonardo’s contemporaries were investigated for sodomy at least once in their lives; either Florence was quite the swinging city, or most people just “swung” differently in the fifteenth century. In the language of twenty-first-century “gender studies”, sodomy was a heteronormative cis-male activity in Renaissance Italy. Like licking a Golden Gaytime on Oxford Street, anyone could do it without the slightest implication of transgressive performativity.

Moving from sociology to psychiatry, Freud famously theorised that Leonardo sublimated his homoerotic urges into his art, but Freud projected his fantasies onto his subjects even more often than the Guardian. But if Leonardo’s art was driven by his sexual urges, why did he produce so little of it? You’d think that a repressed homosexual redirecting his passions would have been more productive. Unless, of course, Leonardo really was asexual. With so little to sublimate, he would have had the peace of mind to focus on giving us the dozen or so masterpieces that represent his undisputed canon.

Through all of this, one must wonder: had none of Leonardo’s artwork survived and he gone down in history as a frustrated inventor and designer of military fortifications, would anyone have thought to claim him in the sexuality wars? A great artist is a great recruit, and everyone wants Leonardo onside. The Guardian, Hollywood and Sigmund Freud: the whole debate says more about their sexual obsessions than his—if he had any at all. But then again, what would a Leonardo murder mystery be without the sex? They might as well resurrect Sherlock Holmes.