The Iron Law of Oligarchy 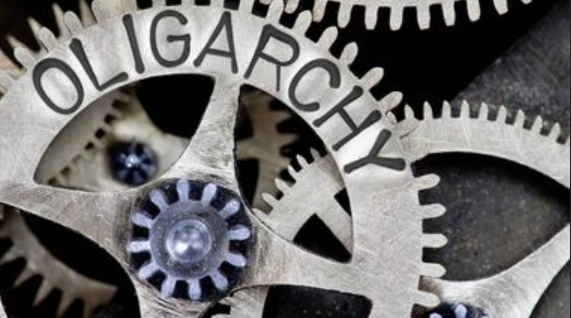 Si cambia il maestro di cappella, ma la musica è sempre quella. That old chestnut—the choirmaster may change, but the music remains the same—was a favourite of the socialist sociologist (is there any other kind?) Robert Michels, a German who moved to Italy in 1907 to avoid the Kaiser, then to Switzerland in 1914 to avoid the war, and finally back to Italy to enjoy the sunshine. Wikipedia says he was a fascist and a eugenicist (at least they don’t call him a racist or a homophobe), but his real crime was to write an exposé of Germany’s Social Democratic Party. Michels claimed that the party’s nominally socialist leaders didn’t actually listen to ordinary workers (gasp!), but instead exploited working-class voters to further their own careers and promote their own interests. That made the socialists, in his view, no better than the conservatives—or the fascists.

Although Michels was a popular sociologist who wrote dozens of books, he wrote them in German, Italian and French, so they can safely be ignored. His book on the German Social Democratic Party, however, is available in English, and is considered a standard work. It made Michels notable as the author of the only “law” in sociology: the Iron Law of Oligarchy.

Like most scientific laws, the Iron Law is routinely misconstrued, but in this case the misconstruction did not arise by chance. The law takes up an entire chapter of Michels’s 1911 book Zur Soziologie des Parteiwesens in der modernen Demokratie: Untersuchungen über die oligarchischen Tendenzen des Gruppenlebens. That’s a mouthful in any language, but the operative part is the final phrase: “the oligarchical tendencies of group life”. Michels’s translators—who were, of course, communists—rendered the title in English as Political Parties: A Sociological Study of the Oligarchical Tendencies of Modern Democracy, which surreptitiously shifted the emphasis from an analysis of oligarchy in (socialist) political parties to an analysis of oligarchy in “modern” (that is, Western) democracy. Subtle, but effective.

As a result of this bait and switch, most academics who know anything about the Iron Law know it as a Marxist (sorry: “critical”) condemnation of democracy. In reality, it is a critical (sorry: “populist”) condemnation of the disingenuous claims of socialist politicians to stand for the interests of the working class. Michels was dismayed by his conclusions, and did not offer a solution (at least, not in this book; only those who read German, Italian or French can tell if he solved the problem somewhere else). Nonetheless, his sentiments were clearly on the side of democracy, and his concern was to find a way for it to work, not an excuse for jettisoning it. He even included three chapters explaining why socialism (“can succeed at most in creating party fanaticism”), syndicalism (“mistaken”) and anarchism (“struggle against all authority … has not stifled in them the natural love of power”) do not offer viable alternatives. Michels was a democratic tragic through and through.

Another fan of the choirmaster aphorism, the Italian economist Vilfredo Pareto, made it the basis for his entire theory of politics. Pareto argued that changes in governments were irrelevant, since the rotating cast of presidents and prime ministers all sang from the same psychological songsheet. He took it for granted that elites would corner the market for political leadership, but thought that the ruling class was itself ruled by its own historically-conditioned emotional mind. The leaders of competing political parties might apply different logical derivations to arrive at nominally distinct policy positions, but these would merely serve to obscure the basic emotional impulses that were shared among all members of a particular society’s ruling class.

Pareto seems not to have studied Australia, but were he chained to a chair and forced to watch a week of ABC News, in addition to suffering severe mental trauma he would observe that elite Australians are the emotional heirs to a Western civilisation they are desperate to disavow. Although they tend to be lazily atheist (Sunday brunches seem somehow less demanding than Sunday sermons), Australian elites are wracked by Christian guilt and yearn for spiritual cleanliness; thus their extravagant acknowledgments of country and bizarre fixation on carbon emissions. Elite Australians on all sides of politics also tend to be frigidly asexual, leading to an obsession with androgyny, gender identity and transgenderism.

Political scientists consider policy stability a sign of a mature political system: in other words, don’t let electioneering get in the way of running a quality democracy. Northern European countries with their ever-shifting but never-changing coalition governments score top marks on international democracy rankings; the United States, with its Manichean death-struggle politics, is considered to be virtually a failed state. Democracy rankings have consistently rated Liberal Australia well below New Zealand for the last nine years, but now that Labor has returned to government, the country is poised for a return to pre-Abbott levels of democracy. Anthony Albanese may be no Jacinda Ardern (he’s not even a Julia Gillard), but he’ll do. He certainly seems to be fully committed to policy continuity—at least, where it counts.

Indigenous voice to Parliament? Check. Net zero by 2050? Check. Child gender transitioning and drag queen story time? Check and mate. About the only hot-button issue on which Labor has sought to differentiate itself from the Liberals is the use of gender-neutral language in hospital maternity wards. When it was disclosed that Medicare was substituting “birthing parent” for “mother” on some of its paperwork, none other than erstwhile Labor leader Bill Shorten personally intervened to instruct “the responsible officials they should cease using the previous government’s forms”. That’s one Coalition policy that absolutely had to change. If there’s one thing we can all agree on, it’s that a man can also be a mother. The reduction of men who have babies to mere “birthing parents” is tantamount to rhetorical androcide.

When it comes to carbon, it’s not just the headline policies that Labor has left in place; even the details have hardly changed. In October 2021, Scott Morrison pledged “to deliver net zero emissions by 2050 while preserving Australian jobs and generating new opportunities for industries and regional Australia”. He proposed to accomplish this with an “investment” (that is, subsidy) of $20 billion in order to “unlock” another $80 billion of investment, with a focus on hydrogen, batteries and carbon capture. In response, Albanese pledged to achieve net zero by 2050 with a plan that “will create 604,000 extra jobs, with five out of six new jobs to be created in regional Australia”. In an apparent efficiency drive, he proposed to “invest” (that is, spend) an additional $3 billion in taxpayer funds in order to “unlock” $52 billion in investment in hydrogen, batteries and “blue carbon”—the fashionably green name for carbon capture at sea.

If Albanese were really smart, he would brand it “teal carbon” and gain six MPs.

These days, Robert Michels is remembered only by specialists (and by Wikipedia), but Vilfredo Pareto is still a brand-name economist. The father of general equilibrium theory, he is best known for the concept of “Pareto optimality”: the idea that any change that leaves some people better off while leaving no one worse off is change for good. The implication is that all voluntary exchanges between people must improve total human happiness, since those making the deal must each be benefiting, and no one else is harmed. To the extent that economists have any morality at all (and it is not clear that they do), it is a morality based on Pareto optimality. In the economists’ moral economy, governments that block voluntary contracts (say, by restricting gambling, or prohibiting prostitution) are doing the devil’s work. The maximisation of Gross National Happiness is as simple as cutting red tape. Or as Ronald Reagan famously put it, “the nine most terrifying words in the English language are: I’m from the government, and I’m here to help”.

The road to hell is paved with such good intentions; just ask Doctor Faustus. No one is driven to promote indigenous voices, affirm gender identities, or save the Earth itself, by a desire to do harm. Nonetheless, elite Australians’ impulses in all these directions are, let us say, non-rational. As Pareto would have understood, teal carbon may not actually save the planet, but it just might save your soul, and that’s what really matters in a parliamentary democracy like Australia’s. In any case, the wagon of state will rumble on towards the same cliff edge no matter who holds the reins. And with cliffs as nice as those in Wentworth and Warringah, who’s to mind? Teal is the new black, and Albanese wears it more comfortably than Morrison ever did. Oligarchy never looked so elegant.

7 thoughts on “The Iron Law of Oligarchy”