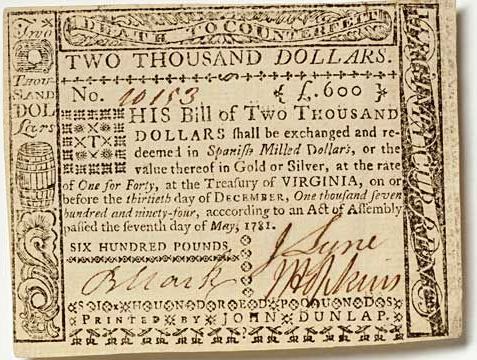 If you’re upset about the whole Donald Trump phenomenon, blame George Washington. Ditto Barack Obama. In fact, blame Washington if you disapprove of any of the forty-three men who succeeded him as President of the United States. (Perennial presidential trivia note: Trump is called the forty-fifth President of the United States despite being only the forty-fourth person to hold the office, because Grover Cleveland served two non-consecutive terms and is counted as both the twenty-second and twenty-fourth president. File that. It may come in handy some day.) Hillary Clinton never would have asked to be Secretary of State had it not been for Washington; Joe Biden would have died at his desk in the Senate. Jimmy Carter, Bill Clinton, George W.—all would be remembered as colourful state governors, if they were remembered at all. Like Arnold Schwarzenegger a generation later, Ronald Reagan might be most remembered as a second-rate actor, not a first-rate politician.

If it’s the Presidency that gets you riled up, it’s Washington who got things roiling. He’s the founding father who was directly responsible for the 2020 election spectacle, and indeed for the entire office of the President as we know and hate it. And that’s not because he supposedly won the Revolutionary War: although his military leadership seems to have been unifying, his generalship certainly was not decisive. Nor was Washington an author or intellectual who influenced America’s early constitutional debates. No one turned to Washington for deep insight into the meaning of democracy or the theory of government. He was the American Cincinnatus, not the Sage of Mount Vernon.

Washington was the action hero of the early republic, and people instinctively turned to him to get things done. Once in the not-yet-oval office, however, Washington faced the problem that there was very little for him to do. Article 2, Section 2 of the United States Constitution, which lays out the powers of the President, runs to only 225 words, and that includes the title. If you’re in a hurry, it can even be boiled down to just five words and a semicolon: commander in chief; makes appointments. With the nation at peace in 1789, there wasn’t much commanding to do, and in any case no one seriously expected the President to lead his legions in person, like a latter-day Roman emperor (or a prior-day Napoleon). And you can only do so much appointing before you run out of jobs for the boys.

The first boy to get a job was Washington’s close confidant and Revolutionary War aide de camp Alexander Hamilton, appointed Secretary of the Treasury. A record of Washington’s invitation to Hamilton has survived in the libretto of Lin-Manuel Miranda’s stage musical Hamilton, which if all goes well will be coming soon to Sydney:

No one seems to have taken notes at the private meeting, so Miranda’s text is all we have to go on. In the rather more prosaic public announcement of Hamilton’s appointment, which was quite possibly the first White House press release (predating the White House itself by eleven years), Washington wrote:

Know Ye, that reposing special Trust and Confidence in the Patriotism, Integrity, and Abilities of Alexander Hamilton of the City of New York in the State of New York, Esquire, I have nominated, and … do appoint him Secretary of the Treasury.

Hamilton’s first major action as Secretary was to compile the 1790 Reports on the Public Credit. In these reports, Hamilton advocated that the nascent federal government should consolidate the various states’ Revolutionary War debts (then trading at ten or twenty cents on the dollar), combine them with its own outstanding bonds, and pay all of the creditors in full. He even threw in an extra 3 per cent interest on principal in arrears. Wall Street’s vulture funds were lobbying for a bailout, and although Hamilton the man was born in the West Indies, Hamilton the lawyer, politician, financier and musical protagonist hailed from New York. State bondholders, most of whom had picked up the debt at a hefty discount, stood to gain a fortune.

So too did the country’s single largest holder of colonial-legacy government bonds: one General George Washington, USA (Retd.), of Mount Vernon, Virginia, and lately of the Executive Mansion, New York. Unsurprisingly, Hamilton’s debt consolidation plan had Washington’s full support. As reported by Miranda in Hamilton, the President told his Secretary of the Treasury:

Figure it out, Alexander
That’s an order from your commander

The plan was opposed by no lesser luminaries than Thomas Jefferson and James Madison. The two Virginians argued that the government could save a fortune by buying back the state bonds at market prices. They wanted full payment to be reserved for original buyers who had held onto their bonds, with those who bought the distressed debt in the secondary market receiving more modest compensation. Hamilton would have none of that. At the cabinet meeting called to consider the question, he berated Jefferson and Madison for their stick-in-the-mud fiscal conservatism. The minutes record his slap-down rhymes:

Thomas Jefferson, always hesitant with the President
Reticent—there isn’t a plan he doesn’t jettison
Madison, you’re mad as a hatter, son, take your medicine
Damn, you’re in worse shape than the national debt is in

There are, however, questions about the accuracy of Miranda’s account, since Madison was not a member of the President’s cabinet at the time. He sat in the House of Representatives, and Article 1, Section 6 of the Constitution prohibits members of Congress from “holding any Office under the United States”. So while Hamilton and Jefferson were busy running executive departments, the Father of the Constitution was whiling his time away in the legislative branch.

Washington is credited (and usually praised) for establishing the American system of cabinet government. But there is nothing in the Constitution or the series of Federalist Papers advocating its adoption to suggest that the founding fathers intended the President to form a cabinet. Quite the contrary: Article 2, Section 2 of the Constitution explicitly provides that the President “may require the Opinion, in writing, of the principal Officer in each of the executive Departments, upon any Subject relating to the Duties of their respective Offices”. This suggests that the heads of departments were originally intended to serve as professional administrators, not political advisers. It certainly implies that they would not be meeting regularly in person to discuss policy.

In fact, Washington didn’t gather his four department heads together for a joint meeting until November 26, 1791, more than a year and a half into his first term, and all they did was squabble. Had Washington been less of a general and more of a politician, he might have called instead on the leading lights of the House of Representatives to help him formulate policies and push them through Congress. Had he done so, Madison would have been at the top of the list of potential Congressional advisers. But Washington’s first order of business was seeing his bonds paid in full, and Madison led the legislative opposition to Hamilton’s scheme. There was no way that Washington was going to call on Madison to form what we would now call a “government”.

And so instead of emerging as the key figure steering the President’s agenda through Congress, Madison became a kind of unofficial leader of the opposition, and instead of developing a parliamentary system on the model of the United Kingdom and its former dominions, the United States developed a presidential system entirely its own. By neglecting to cultivate partners in Congress, Washington doomed the country to the fate he most abhorred: a political Presidency. Had Washington set a different precedent, the Presidency might still be a largely ceremonial post filled by the votes of an Electoral College of eminent persons chosen by state legislatures. Former governors and business tycoons might be chosen as President, but real power would reside in the House of Representatives. And Nancy Pelosi might be the Prime Minister of the United States.

On second thought, maybe George Washington wasn’t such a bad political theorist after all.

Honouring Truth Above Friends No More