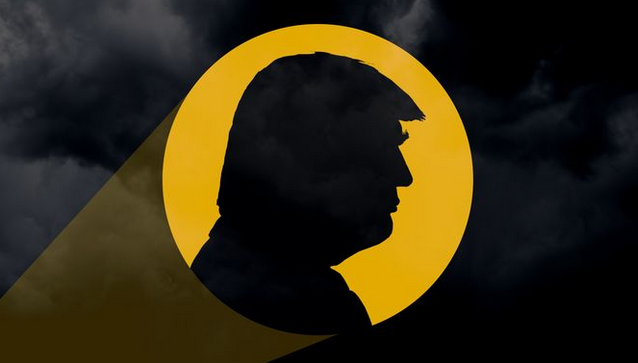 The defeat of Donald Trump in 2020 saved American democracy. Not from Donald Trump: he never shut down websites, imprisoned protesters, or sicked the security services on his opponents. No, if anything, the 2020 election saved American democracy for Donald Trump. The four-year Trump pause that began on January 20, 2021, put the grown-ups back in charge in Washington—and the world. Like grown-ups everywhere, they immediately maxed out their credit cards, mortgaged the family home, stabbed their friends in the back, picked fights with the neighbours, gave stern speeches in their coronavirus masks while posing for unmasked selfies at the Superbowl, and offered nuclear weapons to Iran in exchange for promises to stop supporting terrorism and shift to nuclear blackmail instead. Thanks to the 2020 election, we all know what adult democracy looks like.

It’s a lucky thing, too. Had there been no coronavirus; had the major media not conspired to suppress the Hunter Biden story; had the election been run under the pre-Covid rules, we would now be blaming Trump—for everything. The phase “imagine if Trump had done that” might never have entered the political lexicon. Ignominious withdrawal from Afghanistan? Blame the rank amateurism of Trump’s bumbling foreign policy team. Renewed North Korean missile tests? Blame Trump’s personal courting of “little rocket man” Kim Jong-un. Russian invasion of Ukraine? Trump was only waiting for his second term to repay his true master in the Kremlin. Inflation a problem? Impeach Trump under the “emoluments clause” for raising the rack rate at the Trump International Hotel. We would never have known how much better things might have been.

Luckily, the Democrats didn’t just gain the Presidency in 2020, but both houses of Congress, too. As a result, the House January 6 Committee is free to conduct its insurrection investigation unhindered by budget constraints, Senate interference, or the rule of law. The investigation is absolutely crucial: not satisfied with blanket smartphone footage (and lacking access to the blanket security camera footage that the Democratic Congress refuses to release), the public wants to know what really happened on that “darkest day” of American democracy. And the committee will surely confirm that the Capitol occupation constituted an “insurrection” instigated by then-President Trump against the government of the United States. The committee hopes to bar Trump from running again under the Fourteenth Amendment, since if the American people actually want Trump back, they must be insurrectionists too.

Parse that, Sydney Law grads. This convoluted language was inserted to deny Davis—a man of modest means—a future living at public expense. Davis had been tried for treason, but acquitted on the clever argument that he had never engaged in treason against the United States because he had renounced his American citizenship before joining the Confederacy. There was thus nothing to prevent his being appointed to a sinecure by a sympathetic southern governor, or even resuming his pre-war seat in the US Senate. Thus the careful language in the clause: no one who had “previously taken an oath … to support the Constitution” and later engaged in insurrection, whatever his citizenship status at the time, could run for Congress or “hold any office … under the United States”. Merely giving “comfort” to the enemies of Nancy Pelosi would, under the Fourteenth Amendment, forever bar any supposed insurrectionist from ever holding office again.

Whatever the Macquarie Street barristers may make of that, careful Quadrant readers will certainly have spotted the loophole. Trump, it turns out, has never “taken an oath … as an officer of the United States” and thus cannot be penalised for having broken it. That’s because the President is not an “officer of the United States”. The Constitution is reasonably clear on this point, always distinguishing between the elected leaders of the executive branch and the “officers” appointed to serve them. And even if that implicit distinction were to be ignored, the amendment itself explicitly enumerates the key positions from which insurrectionists are barred, and does not mention the presidency. Its framers seem to have felt that if Jefferson Davis had the audacity to run for president, he was welcome to give it a shot.

Not to worry: plans are afoot to find other mechanisms through which Trump can be prevented from running for a second term as president (or, should he be afflicted by an unlikely case of humility, a first term as vice-president). Unfortunately for the Democrats, most of these plans involve state laws to keep Trump off ballots, and the Republicans control most of the state legislatures. The fourteen states that the Democrats control outright would back Hillary Clinton anyway (did you really think she would sit this one out?). So absent a wave of never-Trump victories in the 2022 mid-term elections—about as likely as a wave of viral TikTok dance videos emerging from the US Senate—the only person who can stop Trump from running in 2024 is Trump. Or God, should He decide to intervene. And even on that, the Constitution is vague.

Nothing says “democracy” like passing special laws to prevent your opponents from running for office. Still, if the self-described Democratic Party were to succeed in banning Trump, they might be doing the Republicans a favour. Today’s Republican Party has a deep bench of talented demagogues who embrace Trump’s policies and appeal to the Trump electorate but are not yet blocked on Twitter. Trump himself remains the most-disliked politician in America, beating even President Brandon (just)—though it must be admitted that data are not currently available for Hillary Clinton, who holds the unique distinction of being the only presidential candidate ever to become less popular after losing an election. Unsuccessful politicians usually receive an opinion poll bounce as the public forgets their foibles and reassesses their accomplishments. But during the first two years of the Trump administration, Hillary’s approval rating actually fell a further six points.

Gallup hasn’t done any polling on Hillary for four years now, but it may have to reboot its Clinton operation after the 2022 mid-terms. It will certainly have to reboot Trump. Gallup polled non-President Clinton continuously for twenty-six years, from 1992 to 2018, but ceased its Trump polling immediately after the Capitol occupation, pegging him permanently at an all-time low of 34 per cent. In fact, it seems that no one has done any Trump polling since he left office. When pollsters don’t ask an obvious question, it’s usually because they don’t want to know the answer. Can’t live with him, can’t live without him? That may sum up America’s relationship with its least popular president since Andrew Johnson, who after all was only impeached once. Only Trump could have trumped that. It seems that Trump does everything bigly—even impeachment.

If (no, let’s face it: when) Trump runs for president in 2024, it seems unlikely that he will face any serious opposition for the Republican Party nomination. The never-Trumpers are a dying breed, and one that Trump supporters are hunting to extinction. But the Democrats will field an opponent (“anyone but Hillary”, we can hear the party faithful crying), and sometimes even a Zoom avatar on mute can beat the most disliked man in America. Whoever the Democrats run, remember that the presidency is not a popularity contest. As America’s record voter turnout proved in 2020, it’s unpopularity that drives the race. Electioneering is a blood sport, and it’s blood the voters are out for. No one watches Squid Game for the victories. Democracy, too, is all about the losers. Nothing beats the satisfaction of stepping into the voting booth, pulling a lever, and whispering to the losing candidate: “You’re fired”.