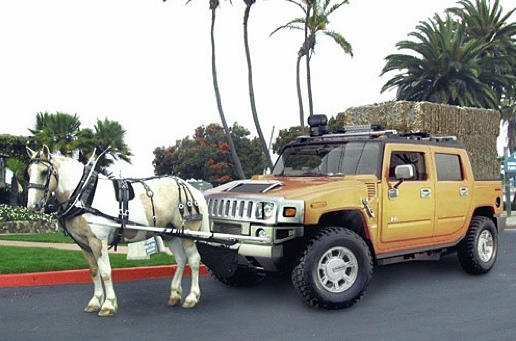 Ever since the UK Parliament passed the Climate Change Act in 2008 (only five MPs voting against), committing Britain to drastic reductions in carbon emissions, the climate-change debate internationally as well as in Britain has had a unique character—that of sleepwalking into catastrophe. The political class everywhere has committed itself to increasingly stringent cuts in carbon emissions with its eyes open and radical minorities have urged a scorched-earth version of Net Zero to avoid a scorched earth while most ordinary citizens seemed mildly supportive of the policy without paying much attention.

It can’t be said that most people were denied information on what the likely consequences would be. It was clear they would be life-changing. If you decide to phase out “fossil fuels” (“Net Zero”) which currently account for about 85 per cent of energy generation worldwide without having as yet any adequate alternative energy sources, a lot of sacrifices will have to be made all round.

In an odd way, that was both proclaimed and denied by governments and international organisations. Earlier this year we had a forecast of what life under Net Zero would be like from the parliamentary Climate Change Committee set up by the 2008 Act to provide “independent” advice and criticism to the British government on how climate change policy is progressing. (“Independent” in this case means composed of zealous supporters of its more extreme versions.) It broke down the main effects of going Net Zero under four headings. Here are two, interspersed with my editorialising

“Expansion of low-carbon energy supplies. UK electricity production is zero carbon by 2035. Offshore wind becomes the backbone of the whole UK energy system … New uses for this clean electricity are
found in transport, heating and industry, pushing up electricity demand by a half over the next 15 years, and doubling or even trebling demand by 2050. Low-carbon hydrogen scales-up to be almost as large, in 2050, as electricity production is today. Hydrogen is used as a shipping and transport fuel and in industry, and potentially in some buildings, as a replacement for natural gas for heating.”

So we intend to electrify the entire country to heat people’s homes, fuel their cars, provide power to industry, and do a hundred other things while at the same time making our electricity supply dependent on unreliable renewables, mainly wind (of which perhaps Boris Johnson himself will supply a large percentage). But I’m being unfair—we’ll also rely on hydrogen (not yet available in sufficient quantities unless we make it from forbidden fossil fuels) and carbon capture (still to be developed).

“Reducing demand for carbon-intensive activities. The UK wastes fewer resources and reduces its reliance on high-carbon goods. Buildings lose less energy through a national programme to improve insulation across the country. Diets change, reducing our consumption of high-carbon meat and dairy products by 20 per cent by 2030, with further reductions in later years. There are fewer car miles travelled and demand for flights grows more slowly. These changes bring striking positive benefits for health and well-being.”

But what if our diets don’t change voluntarily? Or consumers don’t actually like the new low-carbon foods predicted here? Or they want to use their cars and fly on vacation more often than the planners predict? Will the planners change the plan? Or ration the foods, car trips and vacations that the consumers (who are also voters) want to enjoy?

When we look at the committee’s full list of industrial, economic and personal lifestyle changes needed to bring about Net Zero in Britain, it’s obvious it must cost a massive sum. Having been candid about the actual changes in our lives, however, the authorities become either coy or breezy about the cost of paying for them. It’s almost as if the hard financial figures might dispel the cheery optimism about our being deliberately made poorer by government policy. Until recently the UK Treasury refused to provide any estimates Net Zero costs; it simply referred reporters to the figures provided by the Climate Change Committee. And the committee’s chairman sums up the costs in a single optimistic paragraph:

“Some of our most important work is on the costs of the transition. Low carbon investment must scale up to £50 billion each year to deliver Net Zero, supporting the UK’s economic recovery over the next decade. This investment generates substantial fuel savings, as cleaner, more-efficient technologies replace their fossil fuelled predecessors. In time, these savings cancel out the investment costs entirely—a vital new insight that means our central estimate for costs is now below 1% of GDP throughout the next 30 years.”

It’s fair to say that very few people believe this. A leaked letter from a recent Chancellor of the Exchequer, Philip Hammond, showed that privately the Treasury was not among them. Even as the climate-change caravan was still rumbling along the road to COP-26 at Glasgow and the BBC was treating the conference as a world-saving miraculous event in full Soviet media mode, more and more people were expressing doubts—not about climate change itself but about two equally important considerations.

First, are the costs of climate change greater or lesser than the costs of the Net Zero response to climate change? The more alarming predictions of the impact of climate change touted by Greta Thunberg and Extinction Rebellion (and shaping the atmosphere of the Glasgow conference) are rooted in a “worst case” scenario of future trends in carbon emissions. They assume a world in which the consumption of coal (the “dirtiest” of fuels which is actually declining in use throughout  the West) would rise to higher levels than ever before—with the result that there would be a rise in temperature of almost five degrees (over pre-industrial levels) by the end of this century.

That’s led to an exaggeration of the “emergency” impact of global warming and thus of its costs We can therefore reasonably look for policies that address the problem at a lower cost than does Net Zero. And the obvious response to that is a “clean” blend of nuclear power, a drive for innovation, and “fracking” which replaces coal with natural gas—and which Biden and Boris discourage and prohibit respectively.

Second, is Net Zero practical politics? A number of critics—notably Bjorn Lomborg of the Copenhagen Consensus—have argued that the apparent mild support it gets from most people in Western democracies will collapse when its practical consequences begin to be felt. He’s discussing here the forecasts of the International Energy Authority:

“By 2050, we will have to live with much lower energy consumption than today. Despite being richer, the average global person will be allowed less energy than today’s average poor. We will all be allowed less energy than the average Albanian used in the 1980s. We will also have to accept shivering in winter at 19°C and sweltering in summer at 26°C, lower highway speeds and fewer people being allowed to fly.”

At this cost, Net-Zero simply isn’t going to happen. Indeed, almost everywhere it has been offered to the voters, they have rejected it—most recently in a Swiss referendum that asked them if they would pay higher taxes in order to meet Net Zero targets. They voted no.

We are therefore fast approaching the point at which the irresistible force of democracy will meet the immovable object of climate-change orthodoxy. Or are we?

For Ambrose Evans-Pritchard, writing in the London Daily Telegraph, points to a new development in climate politics: the climate legal warriors are weaponising international law, in particular human rights law, to prevent legislatures and governments from pursuing policies they think wise and may have been elected to pursue, by the power of international and domestic courts to interpreting treaties like the Paris Accords.

“There has been a cascade of judgments based on the UN Convention, the European Convention on Human Rights, or national constitutions. They are compelling governments to act faster than they had planned, or are capable of doing without resorting to revolutionary economic and social measures.”  (My italics.)

Evans-Pritchard again: “You can see why negotiators in Glasgow must wrangle over every word in the COP-26 text, seemingly like medieval bishops disputing how many angels can fit on the head of a pin. Those words can and will be thrown back at them by a judge somewhere.”

Which helps to explain why the COP-26 negotiations are still arguing over the fine print long after they were supposed to be sipping the celebratory champagne.

And it’s coming close to home: “There is a ‘duty of care’ case underway in Australia over the Torres Strait Islands, which could reach into the Anglo-Saxon jurisprudence of the US, Canada and the UK. There are cases sprouting all over Latin America. The Grantham Institute says there were 1,841 climate action cases worldwide as of May.”

Ambrose Evans-Pritchard is sympathetic to the aims of the legal warriors on the grounds that they represent the judgment of mankind expressed in the policies of more than a hundred governments while he is also nervous about climate “lawfare” waged by judges who are neither elected nor accountable. On the second point he is clearly right to be nervous. On the first, should he not be more sceptical?

Do lawfare warriors really represent the judgment of mankind? Or merely the convictions of zealous minorities who exploit the somnolence of most citizens in order to rig the rules of politics and law so that when the majority wakes up, it will be unable to express its more conscious and deliberative second thoughts in the voting booth with any practical effect? If the latter, democracy will be the biggest victim of climate change to date.

23 thoughts on “Practically Speaking, Net Zero is a Dud”

Can Dumb Luck Save Malcolm Turnbull?