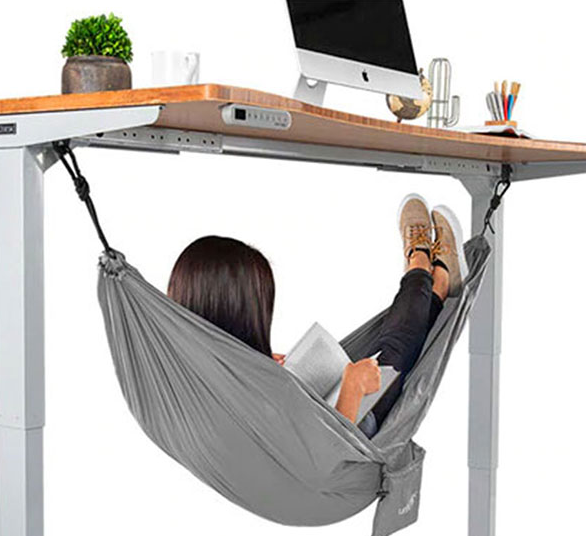 Late afternoon on Friday, March 11, 2011, I was at my desk at the Daily Telegraph when a co-worker tapped me on the arm. He then pointed, not saying a word, to one of the many television sets positioned around the office.

They were all showing the same scenes: buildings, bridges, houses, cars and people being swept away by raging flood waters caused by a massive tsunami that had struck Japan’s east coast. We watched transfixed for a time, trying to process the fact that what we were seeing was happening live. We were watching a horror movie that wasn’t a movie.

“Somebody better tell Jeni,” the co-worker said, eventually. Jeni was Jeni O’Dowd, then the editor of the Daily Telegraph’s Saturday edition. At that moment Jeni was at a shared desk a few metres from us, making a few last-minute layout changes to the next day’s paper. The edition was essentially done. It could’ve been sent to the printers within minutes.

I interrupted her to point at the screens. Jeni quickly took in those images, asked if they were historical shots from 2004’s Indonesian disaster, then turned back to her computer and began killing pages.

Click, click, click. Page one: gone. Page two: gone. Page three: gone. And so on, until basically the entire news section of the paper was completely blank. Every one of those pages represented many hours of research, reporting, photography and design. All were erased within seconds, because we had breaking news.

Then Jeni assembled her staff and everybody began building the paper’s tsunami coverage. From memory, at that time we were maybe a couple of hours before the first edition’s deadline. The staff nailed it.

Things evidently move a little more slowly at the ABC.

On August 15 this year, from morning until night, news reports whipped around the world detailing the Taliban’s stunning advances across Afghanistan and towards Kabul. A few days earlier, the Taliban had captured half of Afghanistan’s thirty-four provincial capitals. These included Herat and Kandahar, the nation’s second-largest and third-largest cities.

Then, late on the 15th Australian time, Kabul was effortlessly overrun. At the Daily Telegraph, news pages were made and remade as events accelerated. Standard practice, obviously. But at the ABC’s Four Corners, which claims to be Australia’s leading current affairs program, all was presumably calm.

That’s because Four Corners already had Monday’s show ready to broadcast. As the biggest news story in recent decades continued to unfold, Four Corners went to air with a sixtieth anniversary celebration of itself. Hey, why interrupt a party just because news is happening?

Let’s give the ABC some room here. Two days isn’t much time to pull together a forty-five-minute special, especially because simply producing that trademark Four Corners spooky music would have taken that long just by itself. So they missed their first opportunity. Surely, though, Four Corners would cover Kabul in one week’s time.

But no. Instead, Four Corners went with a scheduled hit piece on Donald Trump, Fox News and Rupert Murdoch. And then, the following week, part two of that cobwebbed, raking-over-old-coals hit piece. Finally, on September 6, more than three weeks after the Taliban swarmed Kabul, Four Corners finally lashed together enough interviews and news clips to fill forty-five minutes of air time.

Intriguingly, the ABC appeared to have spent much of the previous three weeks deciding what its report should omit. The words Islam and Islamic were uttered not once during the entire show. The Taliban was simply described as “the insurgent army that calls itself the Taliban”.

Four Corners presented many Afghans who were understandably fearful of Taliban rule, but the program offered no reason at all why the Taliban behave as they do. They apparently have no motives at all and follow no particular belief system.

US President Joe Biden was also granted gentle treatment. As Four Corners presenter Louise Milligan explained to viewers, Biden’s withdrawal of US troops from Afghanistan wasn’t really his fault. “The decision to withdraw by 2021 was made by former US president Donald Trump,” Milligan said. “Trump’s successor Joe Biden honoured the Taliban deal.”

That analysis may come across as a touch shallow to anyone who’s been paying the slightest bit of attention. The ABC had three whole weeks to work on this and still managed to stuff it up. The whole debacle recalled the great Media Watch news avoidance disgrace of 2012.

On that occasion, news had broken early one Monday that Fairfax, one of Australia’s largest media companies, would be cutting nearly 2000 staffers and closing printing plants in Sydney and Melbourne. Viewers naturally expected Media Watch to be all over it during that evening’s weekly broadcast. The biggest story in the country was on Media Watch’s beat. Lucky them.

Again, no. “We won’t be covering Fairfax changes,” then-host Jonathan Holmes sniffed on Twitter. “We don’t do last minute at Media Watch.” In fact, Holmes and his numerous staff had several hours to come up with a dinky little fifteen-minute piece. But that would have meant working.

Media Watch frequently criticises journalistic errors made under the pressure of deadlines—but avoids any deadline pressure itself by simply not having any, just as the ABC avoids any commercial pressure by bludging on our taxes. File something three weeks late or not at all at the ABC and you’ll still get paid. Do the same at a proper news outlet and you’ll get sacked.

By the way, the ABC also failed with its Japanese tsunami coverage. “The Saturday morning after the quake, as the Fukushima nuclear plant began to melt down and it became clear that this was not just a big story but one of the big stories of the decade, the ABC was screening repeats of current events shows,” the Monthly’s Margaret Simons reported.

Imagine seeing those initial scenes of destruction and not immediately thinking this was a massive story. “I’m sorry we didn’t do better on that morning,” the ABC’s then managing director Mark Scott told Simons. “We had a couple of disappointing hours.”

Just a couple of hours? Try decades, mate. At a cost to actual working Australians of more than $1 billion every single year. 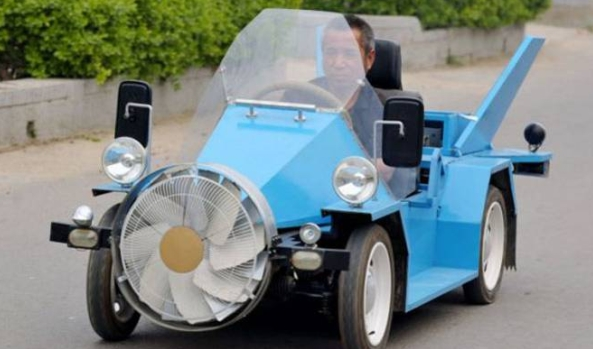 YOU’LL hear a lot of things when people are talking about electric cars. You’ll hear about quietness of operation, technological advancement, purchasing subsidies and (of course) our need to reduce carbon dioxide emissions.

One word you’ll never hear, however, is fun.

Electric cars are no fun at all. If you enjoy driving, electric cars are poison. They’re awful to drive, mostly due to their massive weight and associated plonking clumsiness.

Gordon Murray explained all of this in a recent British magazine interview. Engineering genius Murray made his name as a Formula One car designer. Later he built spectacular road cars. To him, electric cars are just wrong.

“For electric cars to be truly good you need two things,” Murray said. “You need enough clean energy to plug them into and you need the next generation of batteries.

“With electric you need 9000 cells, half a ton of battery like a Tesla, and it’s only 15 per cent efficient. You’re carrying that weight around all the time.”

And, believe me, you really feel it. Think back to your first days as a licensed driver; recall the feeling of liberation as you set off down the road by yourself, headed for destinations of your own choosing. Those feelings are hugely compromised in electric cars because the whole experience is so earnestly ponderous.

That’s not to say electric cars are slow. Some of them are very rapid indeed. But speed without any associated nimbleness is just boring. “They are too heavy,” says Murray, whose background as a racecar designer makes him understandably allergic to excess mass. “Some weigh more than two tons.”

In that interview, Murray eventually touched on why internal combustion engines were and remain such a boon for humankind—and for people who thrill to the open road. It’s a simple nine-word statement of pure truth that electric car advocates can’t refute:

“The honest truth is, petrol is just too good.”

Many will be inclined to reflexively agree, but Murray backs this up with science: “Petroleum is so energy dense. A typical air to fuel mixture in an internal combustion engine is about 15 to one so you can only carry the one unit of petrol and the 15 units of air are just all around you for free.

“With electric you need 9000 cells, half a ton of battery like a Tesla, and it’s only 15 per cent efficient.”

Feel free to bring this up the next time you’re cornered by some electric car fanatic, who tend to be as interesting as their vehicles of choice. The idea that their cars are inefficient is regarded by them as utterly blasphemous.

13 thoughts on “Snooze Time at the Australian Bludging Corporation”