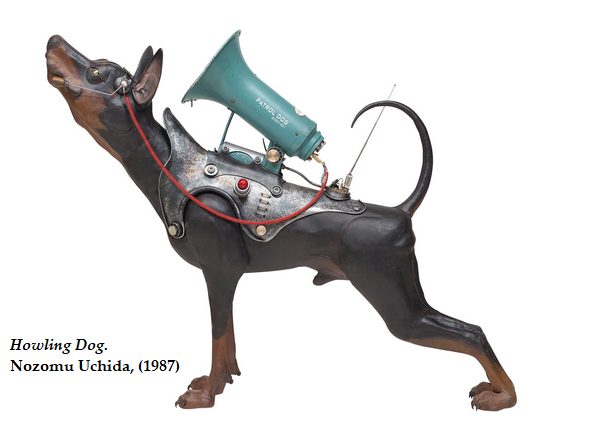 Readers may recall the popular UK comedy sketch program Little Britain, which mocked in delightfully brutal and sometimes wonderfully obscene fashion various modern British stereotypes. Of course, even though the program ended its three-year run as recently as 2005, it is unthinkable that such a show could be made today during our current easily-triggered hypersensitivity era. Among Little Britain’s comical characters were gays, obese black women, retarded shut-ins, transvestites, immigrants and incontinent elders.

Conservatives and the middle classes also copped it. Little Britain handed out the wickedness to everybody. Yet even one of the show’s stars, Matt Lucas, confessed in 2017 that he has since had second thoughts. “Basically, I wouldn’t make that show now. It would upset people,” Lucas told an interviewer. “Society has moved on a lot since then and my own views have evolved.”

Evolution overall has been a good thing. It’s nice that we no longer have gills and wallow around in primordial swamps, although those Extinction Rebellion climate change protester kids may disagree. The recent evolution of “views”, however, is generally bad. “Evolved views” are often held by those who cashed in when freedom of expression was enjoyed, and who now seek to relax in their wealth with a touch of censorious moral superiority.

Well, too bad for Lucas, whose character Vicky Pollard lives on in the words of evasive reality-denying leftists everywhere. Pollard, you see, was a teenage schoolgirl delinquent who even when caught red-handed in the commission of some offence would throw bewildering word salads at her accusers in frantic attempts to avoid the truth.

“Vicky Pollard, you have been charged with shoplifting,” a lawyer told the character during one courtroom sketch. “In the face of the overwhelming evidence we’ve heard today against you, do you stand by your plea of not guilty?”

Vicky’s response: “No but yeah but no because what happened was right this thing happened what I don’t know nothing about shut up I wasn’t meant to be anywhere even near there. Then Meredith came over and started stirring it all up started calling me all these things about this thing I didn’t even know about.”

You get the picture. When a yes/no answer was required, Vicky gave her accusers anything but. Which brings us to the ABC and its recent Pollardesque bid to slam Craig Kelly. The Sydney Liberal MP had attracted the attention of the ABC’s elite Fact Check Unit after appearing on UK television’s Good Morning Britain in the first week of January as bushfires raged along our east coast.

“Australia have just had, in 2019, their highest year temperature-wise ever recorded and their driest year ever recorded, with forecasts and temperatures that go back over 100 years,” Good Morning Britain presenter Laura Tobin alleged in her hostile chat with Kelly, who is not an observant follower of the orthodox climate change faith.

This is a yes/no question. (Spoiler alert: the answer is yes.) But the ABC’s fact-checkers could not limit themselves to a straightforward response. Instead they went totally Vicky Pollard, devoting 2336 words, eleven graphics and three photographs to a full-on “no, but yeah, but no” deconstruction of Kelly’s perfectly true comment. Delivered on morning television. In the UK. Two months earlier.

“Experts contacted by Fact Check said this was a flawed means of assessing rainfall patterns and drying trends overall in view of Australia’s vast landscape and the high variability in rainfall behaviour,” the ABC obfuscated. “They said the national average disguised regional differences, which were most starkly felt between the north and the south of the continent. On average, northern Australia has become wetter but parts of southern Australia—namely the south-east and south-west—have become much drier in recent decades.”

Well, OK, but Kelly wasn’t talking about regional rainfall differences or specific geographic zones in Australia that might be wetter or dryer. He was on morning television, a necessarily broad-brush media arena, dealing with some giddy ITV lass who thinks a mere 100 years is a decent sample of this planet’s climate history.

Apply the investigative intensity of the ABC’s Fact Check Unit to just about any broadly accurate claim—or precisely accurate, in Kelly’s case—and it could be shown as faulty. Let’s suppose Craig Kelly turns up next week on Finland’s Yle TV1 and offers an uncontroversial view on the earth’s shape.

“Craig Kelly says the planet is spherical,” the ABC’s Fact Check Unit might counter. “Is he correct?” And then, following more than 2000 words of Pollard-style nonsense, including Aspergery contributions from selected experts, a crushing verdict would be delivered: the earth is an ellipsoid. Kelly was mistaken.

Which is essentially what happened in the case of Kelly’s rainfall comment. Although the ABC’s report featured a line that completely supported the MP—“Data collected by the Bureau of Meteorology shows an increase in Australia’s annual average rainfall for the first two decades of this century compared to the years 1900 to 1919”—the ABC’s Fact Check Unit nevertheless decided that “Mr Kelly’s claim was flawed”. And then, just to make us all fully aware yet again of the ABC’s official view on climate issues, the report ended with this: “Climate change is the single biggest challenge ever faced by humanity. We have absolutely no time to lose.”

So the ABC’s Fact Check Unit finished with an unchallenged claim that itself could easily be torn apart by even some casual fact-checking. You’d back Vicky Pollard at her least rational to tear down that particular line.

The ABC, a faith-based organisation that redistributes middle-class taxes to the wealthy, needs to be privatised. Fact check that, ABC babies.

LIKE all writers, even the greats, Charles Dickens sometimes found himself at a loss for an ideal word or phrase. Unlike most writers, Dickens always found an easy means of overcoming this common problem. If the perfect word or phrase wasn’t available, he’d simply invent one—which is why our vocabulary today includes such Dickens-created diamonds as devil-may-care, abuzz, flummox and on the rampage. Some of Dickens’s creations didn’t catch on (gonoph, his term for a pickpocket or thief, and lummy, meaning top-notch, are rarely heard in 2020) but all were impressive.

I’m no Dickens, obviously, but I am at least a gonoph. Stuck a few years ago for a concise way to describe Australia’s army of angry feminist media commentators, I stole Dickens’s method and came up with frightbats. Feminists were furious about this, for a time, but eventually realised they had allowed themselves to become upset by a word that had no literal definition. Which left them merely flummoxed.

A second word-invention attempt turned out to be a word-revival. I needed a way in 2007 to describe US political writer Doug Bandow’s errors in his coverage of Australian issues, and did so this way: “Bandow has previously beclowned himself on matters Australian.”

Tennessee law professor Glenn Reynolds was especially taken with the word, and subsequently used it in a column for Colorado’s Rocky Mountain News about a fellow academic: “Paul Campos has beclowned himself. He did it in the usual way, by arguing loudly about things he does not understand.”

Within a few days of what I thought was my coining of the word, vigilant online entities turned up a Collins English Dictionary definition. Beclown, it pointed out, was an archaic British transitive verb meaning to “make a fool of oneself”. No matter; I’m just as happy to restore a deserving word to our language as to create one. We can’t all be Charles Dickens.

Subsequently, beclown has become a semi-regular feature in US media. A Google trends search shows that beclown and beclowned appeared not at all from 2004 until 2007, after which consistent spikes in usage continue until the present day.

The most frequent deployments, fitting considering that first modern-day appearance, are in political columns. Here’s a New York Daily News editorial from early March: “Those in Trump’s Republican Party who cheer the framework, six years after having lost their heads when President Obama released a mere five Taliban prisoners in exchange for the release of Bowe Bergdahl, beclown themselves.”

Democrat representative Alexandria Ocasio-Cortez, a socialist hero to millions of youthful wokelings, used the term during a 2019 television appearance. “They’re really beclowning themselves at this point,” she told MSNBC, referring to Republican defenders of President Donald Trump.Ms Ocasio-Cortez might drop the word once she learns of its modern source. It is, after all, tainted by association with hateful conservatism. So might the leftist Washington Post, a constant beclowning user. US radio host Rush Limbaugh’s program is a more appropriate venue.

So much for politics. You know a word has truly caught on when it shows up in sports reports. “This score put Alabama into beclowning territory,” a college football report mentioned last year, “turning this from a close loss into something laughable, brutal, and humiliating.”