Minnesota Floyd and the Cheesecake Revolution 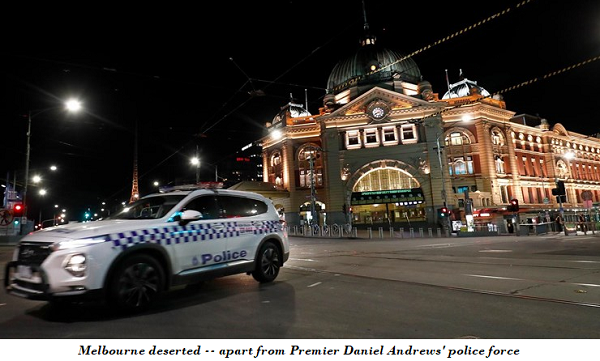 “A man’s manners,” according to German writer Johann Wolfgang von Goethe, “are a mirror in which he shows his portrait.”

Goethe’s civilised outlook may have come in handy if one of two prominent fellow Germans had lived by it during the twentieth century. For that matter, recent events have shown a marked decline in manners throughout much of our world.

Very few mirrors throughout the US, for example, found use during recent riots as devices capable of revealing anybody’s flattering inner self. Instead, most were either smashed or looted, along with every­thing else deemed surplus to requirements in a post-civilised society.

As with most such cataclysmic events, all of us will recall moments of particular resonance. The MSNBC reporter who declared one riot to be mostly just “a protest”, as a building went up in flames behind him, will be difficult to forget.

So too will footage of white teens liberating surfboards from a store in Santa Monica, California, apparently to avenge the killing of black man George Floyd 2400 kilometres away in Minnesota.

A friend was especially taken by shots of a young woman calmly walking out of a looted cheesecake store with an entire cheesecake elegantly held before her, as though on its way to a diner’s table. At least she didn’t eat it in the street, which would have tipped civilised bystanders—were any available—into a complete etiquette-breach meltdown.

My own lasting moment involved a young white chap who not only forgot his manners but also how unwise it is to provoke an individual whose identity and abilities are unknown. At the height of general street mayhem in Los Angeles, the youngster thought it in the spirit of things to vandalise a nicely-presented pickup truck.

He did not count on the vehicle being both occupied and prized by J.R. Smith, a six-foot-six-inch NBA player with an admirable attitude towards the preservation and enforcement of property rights. Mr Smith later posted video taken by an observer of events that followed the attack upon his truck, along with his own explanatory comments.

Quadrant readers of an especially delicate nature may wish to skip over Mr Smith’s remarks, which I personally find have a certain potent charm. A gentle translation for those readers will follow this verbatim transcript:

“I just want you all to know right now, before you all see this s*** somewhere else. One of these little motherf***ing white boys didn’t know where he was going and broke my f***ing window in my truck.

“Broke my s***. This was a residential area. No stores over here. None of that s***. Broke my window, I chased him down and whooped his ass …

“The motherf***er broke my window and I whooped his ass. He didn’t know who window he broke and he got his ass whooped.”

“Prior to witnessing this encounter on any other forum, please allow me to offer some context. A slightly-built young white male with possible Oedipal issues became disoriented and, in his confused state, caused visible damage to my personal means of transport.

“Specifically, he broke a window as I was driving through an area unburdened by retail outlets. I pursued the offender and administered a physical deterrent.

“There was no malice in my actions. I hold no grievances against any citizen, nor are grievances held against me. Any systemic or structural concerns are, of course, an entirely separate area of discussion.

“A window was broken and retribution exacted. My identity was unknown to the young man prior to his actions. Certain regions of his anatomy now bear evidence of ignorance’s folly.”

Australians are polite, well-mannered people, which is why we overwhelmingly complied with official directives that we close down our businesses, lose our jobs and our wages, and cease to enjoy any meaningful social lives. All of our sacrifices, we were told, were necessary steps towards containing the dread coronavirus.

To this end, a group of five youthful gentlemen in Melbourne were fined $1652 each—a total of $8260—for playing a game of cricket in a vacant suburban lot. Their reckless disregard for everyone’s health had to be punished.

But in that same city in early June, a massive street march was held to mourn Minnesota’s Floyd and a number of Aboriginal people who had allegedly suffered at the hands of police. Similar marches were held in every Australian capital. A handful of organisers were fined, but not one single participant copped a suburban batsman’s punishment.

Remarkably, just about every state government thought they could get away with this. They seemed to believe their communities would accept such extreme double standards even after their own lives had been so comprehensively compromised by lockdowns.

As poor manners go, this takes the cheesecake, as they say in LA. Additional insults followed. A few days after Adelaide suspended social-distancing laws to allow its march, Police Commissioner Grant Stevens was asked if he would permit a second protest.

“To allow people to continue that sort of activity in an uncontrolled way creates risk that we are not really prepared to manage,” he replied. “I am confident it was the right decision for Saturday but I’m also confident that having provided that opportunity it is now appropriate that people abide by the restrictions that everybody else within the community is applying.”

This behaviour by our authorities is rude. It is offensive. To place the demands of one group above the rights of all, primarily due to timidity and weakness, reveals a profound lack of respect towards the majority of Australians.

As Goethe himself might say, these people need to take a good hard look at themselves.

MOST Australians have more than a passing awareness of the United States. Even those who have never visited the US are aware, say, of the North–South divide, the coastal capitals of New York and Los Angeles, and at least a few of the most recent presidents.

But that awareness declines as an individual’s hostility towards the US increases. Former Sydney Morning Herald senior political correspondent Margo Kingston wildly claimed in 2003 that the US deployed “chemical, biological and nuclear weapons” against the Vietnamese: “The Yanks used them in Vietnam, and have not ruled out using them in this [Iraq] war.”

Mainly through my delight in and exposure of her ridiculous outbursts, Margo became quite the international online celebrity back in the day. I was in LA once and received an email from a local reader, so drove over to his nearby antique shop. “We hold Margo parties!” he explained. He and his pals would read her columns until Margo’s accumulating absurdities overwhelmed them with laughter.

I think she’s studying for a PhD now. Anyway, Margo’s cause has since been taken up by the likes of ABC Media Watch presenter Paul Barry, who in early June announced: “The next election is now only five months away, and America’s never been more divided.”

Never? That’s quite a claim, considering the Civil War killed an estimated 750,000 Americans between 1861 and 1865. The nation was at that point divided as never before or since.

Imagine the media fury that might follow a claim from President Donald Trump that the US in 2020 had never been more united. Barry’s tax-funded assertion was just as indefensible, but largely avoided any criticism from the media he selectively watches.

Perhaps even closer to Kingston’s anarchic, fact-free spirit is Sydney Morning Herald bandana poseur Peter FitzSimons, who the other day denounced “the Coca-Colonisation on Australian life, that pernicious influence of America on our language and culture that sees us sometimes look and sound like the 53rd state of the union”.

Which brings us back to those many among us who, even if they have never physically found themselves in the US, nevertheless know the US is comprised of fifty states. Were we to join that union, we would be the fifty-first.

A little knowledge, as the saying goes, is a dangerous thing. Peter presumably holds some background memory of the US having fifty states, and also that Alaska and Hawaii joined the US in 1959. Therefore, fifty-two states. For an alleged historian, FitzSimons isn’t great on chronology, even though the US has had the exact same number of states since two years before he was born.

It’s a surprisingly common error. Social researcher Hugh Mackay wondered in 2002 if Australia was “at risk of being treated like a de facto 52nd state”, which left many wondering more deeply about the state admitted prior to Australia.

Maybe it was nuked, Vietnam-style. One thing Margo Kingston never explained: if the US did detonate a nuclear device against their enemies during the Vietnam War, how on earth did the US not prevail?

2 thoughts on “Minnesota Floyd and the Cheesecake Revolution”

What Am I Bid For Tony Jones?