The Undisputed Kings of Wrongology 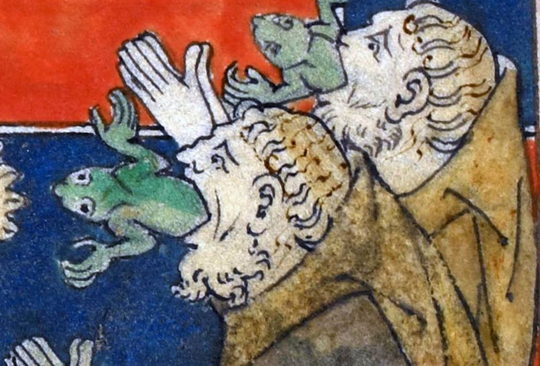 Pundits predicting election outcomes, particularly in elections with voluntary voting, are typically barracking rather than predicting.

Bob Ellis, the late Labor pervert, was a perfect example of a forecaster more into cheerleading than clear judgment. He’d routinely tip left-wing victories across the board, from local state elections to Brexit and in US presidential votes, then preen if his candidate won.

Or he’d devise astonishingly complicated excuses following the far more frequent cases when his candidate failed. Of course, Ellis’s constant errors were not limited to elections. He could get anything wrong, including the nature and identities of the terrorists who detonated bombs during the 2013 Boston Marathon.

“It seems to me likely that this was not al-Qaeda or a lone madman (three bombs portend a conspiracy of at least three people and from me therefore a ‘conspiracy theory’ and from the FBI too, since they are paid well to imagine such wickedness), but more likely, much more likely, the National Rifle Association,” Ellis wrote.

As usual, Ellis had absolutely no idea and simply wished it to be so—as do many, from left and right, predicting the outcome of this year’s presidential contest between incumbent Donald Trump and his Democrat rival Joe Biden.

Personally, I’d far prefer Trump to win, simply because I want to see how this experiment continues to play out. Yet a Biden victory, too, might deliver potentially massive amusement benefits. Biden is still, as this is written, trusted to answer occasional questions and even speak on camera, but he’s quickly becoming a day-by-day proposition. The idea of him in the White House is very appealing, as least for the anticipated comedy payload.

In any case, accurate US election predictions from an Australian perspective are made wretchedly difficult due to coronavirus travel restrictions. This is the first US election year since 1992 I have not been in the US for at least a part of the campaign, and it is a surprisingly disorienting experience.

The US is so sprawling and varied that detecting any kind of mood there at this remove is impossible. As well, the standard of reporting in the US being what it is, no gauge of mood is available through media outlets. You’re either there and able to work things out, or you’re here and operating at an Ellis level of awareness.

My first in-person election in 1996 was an easy practice run for elections to follow. Very few people expected Republican Bob Dole to defeat Bill Clinton, and those expectations were supported by all first-hand evidence. Nobody really seemed to care about the result, which is generally a good sign for whoever’s in office at the time.

Looking back, 1996 may have been the least controversial and least contentious US election of the past twenty-four years.

That all changed in 2000, however, when Republican George W. Bush took on Clinton’s deputy, Al Gore. I was at the Democrat convention that year, surrounded by Gore’s media fans, who were completely convinced their man would prevail.

It’s always fun to be among people who see things differently from you, especially when it is obviously forced. Folk cheered in the media section when Gore kissed then-wife Tipper on stage, as though it wasn’t the least affectionate and natural kiss in the history of relationships. Gore went at the poor woman like a robot programmed to crudely mimic human emotion, which is basically all he ever seems to be.

“That was incredible,” a female reporter nearby said. “He just lost the election,” I answered, thinking of how that grotesque parody of passion would be perceived outside the venue. Actually, Gore probably lost it during one of the debates, when for no reason at all he abruptly charged up to Bush and glared at him while the Republican spoke.

Bush dismissed him with a brief nod. Gore’s alpha male act immediately collapsed. Or maybe he lost it when both candidates were invited to answer baseball questions for that year’s World Series magazine. Asked what he thought of domed stadiums, Gore’s reply ran for eighty words and still said nothing. Bush’s complete answer: “I like to go to baseball games outdoors.”

In 2004, having roamed around the US for a time, I placed several bets with US journalists that Bush would beat challenger John Kerry. Their confidence was based on Kerry’s background as a Vietnam soldier and the Iraq war going so badly for America. My confidence was based on not being able to find anyone anywhere who liked the self-aggrandising Democrat.

At the 2004 Democrat convention, Kerry walked out and began his speech. “I am John Kerry,” he said, “and I am reporting for duty.” Gamblers were paying out on those bets before he’d even finished that line.

Barack Obama in 2008 had both main factors in his favour: visible enthusiasm and the polls. Republican friends were dismayed by Obama’s win, but it had been foretold by bumper stickers and lawn signs. Another easy call for anyone with functioning eyes. Not so 2016, when the polls said one thing and the stickers and signs quite another.

I drove that year with friends from Texas to Los Angeles. Twenty dollars were on offer to the first of us who could spot a Hillary Clinton bumper sticker. We never did actually see one, but Trump support was everywhere—except in the polls. This was my first US election where there had been such a split.

Really, I should have placed more weight on the enthusiasm element. Right up until the vote, I still thought Clinton would win. Sometimes even being there is not enough to guarantee an accurate prediction. And this year we don’t even have televised campaign rallies to use as a guide.

PERHAPS I’ve just been lucky. Or maybe my escape from Melbourne twenty-six years ago is paying off more now than it ever has.

Either way, I’ve witnessed nothing but kindness and generosity of spirit from fellow Australians since this whole Kung Flu caper kicked off way back when everybody was still more worried (with considerable justification) about bushfires.

In a supermarket carpark the other day, an older lady was about to begin her long carpark walk back to the shop entrance so she could return her trolley. It’s quite a hike from that area of the park, but a saviour then appeared in the form of an unlikely-looking local youngster.

He wore tattoos and had taken several steps towards appearing as the “before” model in a before-and-after dental replacement ad, yet he quickly sized up the situation and stepped forward to take the trolley himself.

“Not a problem,” the gent said. “I’m going there anyway.”

It may have meant little in the overall scheme of things, but it was obviously very much appreciated. Such gestures go a long way when we’re dealing with the complications imposed upon all of us by Chinese coronavirus warlords.

At my newspaper, Sydney’s Daily Telegraph, staff have been extraordinarily accommodating. They’ve taken on extra work to cover for colleagues needing time for medical appointments and such, and generally been as flexible and nimble as you’d expect from a free-market media outlet.

Everyone does their bit. But imagine the selflessness of an organisation that spends millions of dollars every year without demanding a single cent in return—simply to amuse and entertain all who happen by.

Imagine a media outlet providing free content so ridiculous that it transcends satire. Such a journal actually exists. It’s called the Guardian, and during our coronavirus madness it is providing a daily break from all serious COVID-19 concerns.

Just the other day, the Guardian ran a typically absurd and perfectly distracting piece by Leslie Kern below the headline: “‘Upward-thrusting buildings ejaculating into the sky’—do cities have to be so sexist?”

“Toxic masculinity is built into the fabric of our urban spaces,” according to Kern:

“Glass ceilings and phallic towers. Mean streets and dark alleys. Road names and statues of men. From the physical to the metaphorical, the city is filled with reminders of masculine power. And yet we rarely talk of the urban landscape as an active participant in gender inequality.”

Granted, the Guardian is a one-note joke; everything is always apocalyptic, from US election results to urban sexism and from climate change to racism. But they play that end-of-the-world note so damn well. And the joke improves with every telling, because the world plainly isn’t ending anytime soon.

In fact, the Guardian has become more hilariously dire during recent decades as the overall situation for humankind has relentlessly improved. To read the Guardian, one would never know that Third World poverty is being eradicated and that living standards and life expectancy worldwide have soared.

That’s what makes the Guardian so compelling. It’s a daily insight into comical delusion. And, in Australia, we have one man to thank for it.

And that man is former Prime Minister Malcolm Turnbull, who brought together the people who established the Guardian’s Australian edition.

Thanks for the laughs, mate.

8 thoughts on “The Undisputed Kings of Wrongology”