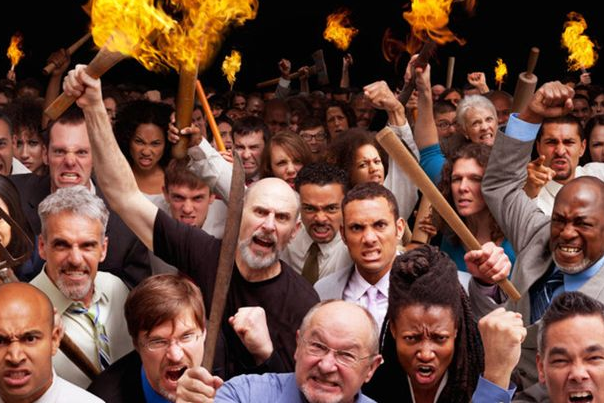 Last year at my house towards the South of France was the hottest year since we bought the property some fifteen years ago. The temperature rose sometimes to forty-four degrees (111 degrees Fahrenheit; I am old enough still not to be able to think instinctively of ambient temperatures on the Celsius scale).

There were three fires in the year, all of them small, fortunately, and all quickly extinguished by fire-fighting aircraft. In the 1920s the primary forest of oak and chestnut was largely replaced by pines planted by the coalmine-owners for pit-props for their mines some miles away, and pines are perfect for spreading fires, unlike the original deciduous forest. Pinecones, which we use in winter as fire-lighters, catch alight very easily, explode and shoot across a hundred yards, spreading fire as if they were evangelists for combustion.

The three fires were evidently the work of an arsonist, that much was obvious. The mayor of our commune, who also runs the local septic-tank-emptying business, told us years ago that there was a local arsonist about, but that, despite the fact that in such a small commune such as ours everyone knows everyone else’s business, no one knew who he was. He tries every year to set a real fire, that is to say one that will make the news, but fortunately the fire surveillance has (so far) been equal to his efforts and efficient enough to halt the fires before they spread far.

Ninety per cent of fires in the region, the mayor said, were started either carelessly or by accident, not by spontaneous combustion. No doubt that is why the camping sauvage—pitching your tent wherever it pleases you in the countryside to do so—is no longer permitted. Nowadays, camping must be done at designated sites, which resemble refugee camps for the well-heeled. Tents are not what they were in my days of camping, when pebbles and stones under the groundsheet bored into your back and made sleeping difficult, and if you touched the inside of the canvas when it rained you were sure to be dripped on all night. The discomfort, like rugby on frosty mornings, was character-building.

Was camping sauvage prohibited because it was realised that some campers were careless or psychopathic, or was it a precautionary measure as more and more people displayed psychopathic traits? I do not have the definitive answer. Suffice it to say that bonfires even in the midst of winter, when there is no risk of them spreading, are now forbidden. They use up the world’s oxygen and emit carbon dioxide.

The origin of fires in Australia, so at any rate I read, is the same as in France. They are more certainly man-made than is global warming, but of course that does not in any way contradict climatic conditions as a cause of catastrophic fires. Even the most determined arsonist would have difficulty in setting fire to an igloo.

While carelessness is easy to understand, deliberate fire-setting is not. The other day I was reading André Gide’s short memoir of his time on a jury in France in 1913, and one of the cases on which he was called to pronounce was that of an arsonist. Gide was sufficiently up with the latest criminology and forensic psychology to wonder whether the fire-setter’s motive was sexual in nature, though in fact there is more than one motive for arson, what we doctors call a final common pathway of multiple and diverse causes. I have known arsonists for pleasure, arsonists for revenge, arsonists for insurance, arsonists from compulsion. As for revenge, it may be against particular persons, usually a lover who has spurned them, or it may be against the world in general, a desire to express a grudge against Being itself, as it were. Then, of course, there is the pyromaniac fireman, the fireman who sets a fire in order to be the hero of his own mise-en-scène. He becomes a hero, rather like the nurse who poisons her patients and is then the heroine of their rescue. Such people crave the attention that they are otherwise unable to attract. They are eventually caught because the penny finally drops that they are too often at the scene of a crisis for it to be explained by chance. Indeed, if I had but world enough and time, I should write an essay proving that both Hercule Poirot and Miss Marple were serial killers, for murder followed them wherever they went and Ockham’s razor would suggest that they themselves were the killers.

Of course, the knowledge that the majority of fires, even if they take on a life of their own, are set by persons (men, I think, far more than women; perhaps this is an imbalance that could be redressed by a little official encouragement of females), is of limited value, or at least will be so long as arsonists cannot be recognised in advance and prevented from acting, which in my opinion will be never. Fire will continue to exert its fascination for man, and I doubt there is anyone who has not been so mesmerised by flames that he has not spent time observing them for no other reason than the pleasure of doing so; and since destructive resentment is likely to remain in the repertoire of human motivation, the combination of fascination and resentment (together with the strong chance of getting away with whatever action it leads to) will continue as a potential threat to society. Since it has been found in the past that 87 per cent of fires in Australia are caused by either carelessness or malice, the expression “the fire season”, which has the ring of an inevitable natural phenomenon, is an implicit recognition of the intractability of human nature.

As I have mentioned, the action of arsonists is not in the least in contradiction to the effect of climatic conditions, however they might have been caused, man-made or not. But curiously enough, the possibility of arson as a causative factor, even if not a remediable one, is not mentioned in most accounts that I have read of the recent fires, for example in a very recent one (as I write this) in the Observer. You would think it might be worth a mention, if only en passant: for if the truth won’t necessarily set you free, avoiding it certainly won’t do so either.

Why is no mention made of it? I think it is for two related reasons. The first is that arson in such circumstances confronts us with the wickedness of man, the frivolous wickedness if I may so put it. The second is that, if arson played a part, ordinary people—ordinary in the sense of not being powerful or in authority—have contributed to the situation, thus complicating the Manichean account in which the forces of good are set against the forces of evil. As the editor of a newspaper for which I once wrote told me, “We don’t want any nuance.” This is all the more so when the political and administrative ineptitude of certain figures in authority is plain to see. They become the lightning rods of our distress. If at a time of national emergency they are observed eating a meal, they stand accused of callous indifference, even if we continue to eat meals ourselves. But I don’t feel all that sorry for them; they have, after all, chosen their metier themselves. He who lives by exposure to the public dies by exposure to the public.

I like to read on-line commentary by ordinary people—that is to say, non-professional commentators. How representative of public feeling they are is a matter of conjecture. But in the British commentary, apart from outrage that Britain has done nothing to help Australia (by sending its rain, perhaps), sorrow for the half-billion wild animals killed in the fires is very prominent. By wild animals, of course, they don’t mean flies and snakes, they mean koalas and kangaroos. No one says, “Pity the poor insects”, though in fact they are animals and must number vastly, incalculably more than half a billion. No, it is the koalas that we worry about, stuck up their gum trees. At least the kangaroos have a chance of fleeing before the flames.

If I were a betting man, I should liquidate my assets and place the money in the shares of companies that make koala stuffed toys. I think there is about to be a worldwide boom in them. Along with the wickedness of man, we must always remember his shallowness.

4 thoughts on “Wading in the Shallows of Wickedness”

Putting on the Dog