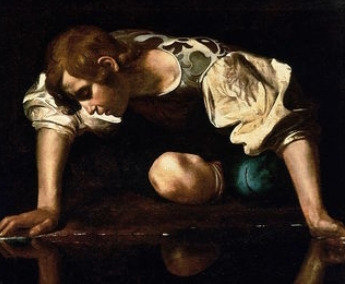 It used to be, more or less, that if you felt that you were being followed, you were mad; but nowadays, if you feel that you are not being followed, you are either very ill-informed or exceptionally obtuse. Your telephone knows where you are, even when turned off (if you have it with you, that is); much of the public space is under the surveillance of CCTV cameras; and no sooner do you buy something online, or appear to be about to do so, or indicate that you are thinking of doing so, than you are inundated electronically by offers of similar products or services. “They”, whoever “they” are, also know what interests you. Your internet server sends you articles about subjects that you have already read about, on the reasonable assumption that what has interested you in the past will interest you again.

Sometimes “they” seem to have your best interests at heart. Once, for example, someone from my bank called me—the bank can call me, but I can’t call the bank—and announced that, before he could continue, he would have to ask me a few security questions.

“Surely it’s the other way round?” I said. “After all, it was you who called me.”

But there is no more arguing with a bank than there is with the state; and after I had proved to the bank’s satisfaction that I was who they thought I was, and who I said I was, the bank employee asked me whether I had started gambling.

“Certainly not,” I said (unless you count investing in the stock market through an intermediary whose interests may or may not coincide with my own).

It turned out that someone was using my credit card to play internet poker on a Swedish website. Thank heavens, then, for algorithms, one of whose principles is evidently that people do not suddenly become heavy gamblers—with the exception, perhaps, of a few of those who suffer from Parkinson’s disease, some of whom may be helped to stop gambling by means of neurosurgery. But the call meant that my pattern of expenditure was known to the computer, which alerted a human being to an anomaly. In effect, I was being followed.

I mention this as a preliminary to the fact that my server knows that I have an interest in architecture, architects and the professional deformation that they have undergone, and therefore kindly sent me an article about a young and successful Danish architect called Bjarke Ingels. He is there quoted as saying that he is glad that his critics say that his architecture lacks a style. I am not sure, looking at it, that this is true, nor am I sure that sticking to a bad style would be a virtue, but let this pass. I was interested in his reply to the criticism:

I would definitely take it as a compliment, because I would normally say that having a style is almost the sum of all your inhibitions. It is like a straitjacket that keeps you confined to who you were and inhibits you from who you could become.

He went on to say that he placed more focus on what he called “the approach to architecture” than on the end result:

I would like to stay rigorous in how we approach things, but I would rather be rigorous in the questions that I ask than the answers I come up with … Hopefully, the answers should always be informed by new information.

These words are significant both in form and content. They are difficult to argue against in the way that is similar to the way in which lines of poetry are difficult to argue against. The statements have a penumbra of meaning without saying anything that can be refuted by a knock-down argument. They are vaguely confessional, psychotherapeutic, certainly self-regarding, and yet they refer to an activity that is both highly practical and intrinsically public in its effects. They are typical of the way we talk now.

In what sense is a style “almost the sum of all your inhibitions”? Mozart, for example, had a very definite style; his music is instantly recognisable, but who would say that his style constrained his genius, or prevented him from creating masterpiece after masterpiece? It would be more plausible to say that his style was a manifestation of his genius than that it was its straitjacket or imprisoner.

It is clear that Mr Ingels is a child, or grandchild, of May 1968, of the it-is-forbidden-to-forbid generation (and social class): for who else would assume that inhibitions are by their nature to be avoided or destroyed? Who but someone very shallow could imagine that preventing a person from becoming what he could become, given the range of human potentialities that both history and personal experience reveal, is necessarily a bad thing?

Narcissistic self-glorification seems to be a characteristic of our age, and almost a requirement for success. Could anything be more deeply self-regarding than the architect’s declaration that “I would rather be rigorous in the questions that I ask than the answers I come up with”? In other words, his pseudo-intellectual musings that seem to wander more or less aimlessly through his mind are actually more important to him than the buildings he causes to be constructed and that citizens will have to live with, and perhaps be physically dominated by, for many years.

Suppose you went to a surgeon and he said to you, “I would rather be rigorous in the questions I ask than the answers I come up with”, would you sign the consent form for him to operate on you? Of course, the two professions, surgeon and architect, are different, but both are quite properly judged by their practical results, albeit that both surgeon and architect need technical knowledge.

The late poet Jon Stallworthy, son of the distinguished gynaecologist Sir John Stallworthy, wrote a poem titled “A Letter from Berlin” in which he adapts an experience of his father as a student of surgery in Vienna in the 1930s. In the poem, a surgeon performs an operation of great technical brilliance devoid of, or divorced from, any humane purpose (in those days, operations were often performed in front of an audience of students):

and would do so if the sky fell in. They lock

his theatre doors on the stroke of the clock—

but today I was lucky: found a gap

in the gallery next to a chap

I knew just as the doors were closing. Last,

that brought me to Berlin.

he went to work …

The writer of the letter is dazzled by the technique:

Never had I seen such masterly

technique. “And so little bleeding!” I said

half to myself, half to my neighbour.

But his neighbour was not dazzled, he had seen it all before:

came his whisper. “Don’t be a fool”

I said, for still below us in the pool

of light the marvellous unhurried hands

were stitching, tying the double strands

a concert, watching those hands unlock

the music from the score.

Then came the realisation after the surgeon had finished and left:

I saw them uncover the patient: she

I met my neighbour in the street

waiting for the same tram, stamping his feet

on the pavement’s broken snow, and said:

“I have to apologize. She was dead,

but how did you know?” Back came his voice

Here Stallworthy draws attention to the consequences when technique is separated from any purpose external to itself: when a surgeon would rather be rigorous in the questions he asked than the answers he gave. For such a surgeon, sacrificing life was as nothing compared with his desire to do a neat job.

Architecture is not psychodrama. Its object is not to keep architects amused or distracted from any personal problems that they might have. There seems no awareness in what Bjarke Ingels said that his art or craft is essentially a public one, that the answers he comes up with are incomparably more important than any supposed questions he might ask (about what, of whom?).

Where human beings are concerned, there is no new thing under the sun. Ravening egotists and narcissists there have always been, and always will be. The question is not their existence, but their number and proportion in the population.

Anthony Daniels’s most recent book, co-authored with Kenneth Francis, is The Terror of Existence: From Ecclesiastes to Theatre of the Absurd(New English Review Press), published under his pen-name, Theodore Dalrymple

Deep Resentment and the Appeal of Islam