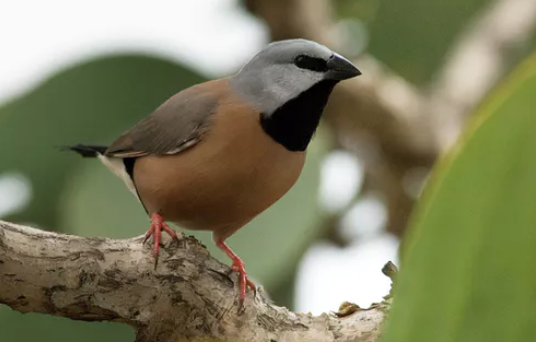 On January 21 Queensland’s Department of Environment and Science (DES) announced that the site of Adani’s Carmichael Coal Mine hosted the “largest and most significant known population of the Black-Throated Finch in Australia”. It also announced it had appointed Professor Brendan Wintle of the University of Melbourne to undertake an “independent expert review of the Black-Throated Finch Management Plan”. DES considered “the expert review a necessary measure given the significance and potential impacts to this threatened species”.

This created a new hurdle for Adani. It had already satisfied the Commonwealth on the question of the finch in 2018, having earlier addressed the risks of the mine to the endangered yakka skink and ornamental snake. The “lawfare” engaged in by environmentalists against the Adani mine, on environmental and native title grounds, had delayed the project several years. The invocation of risks to the black-throated finch delayed it further when DES in early May 2019 rejected Adani’s management plan.

The black-throated finch provided a convenient excuse to hold the project up further. In 2008 I delivered a Brisbane Club lecture which drew on my recently published book Science and Public Policy: The Virtuous Corruption of Virtual Environmental Science, dealing with the common phenomenon of “noble cause corruption” in environmental science. I suggested, somewhat whimsically, Kellow’s Law of Endangered Species, which specified that sightings of endangered species were likely to be clustered around sites of proposed developments—for two reasons. First, development proposals were subject to environmental assessments before approval which frequently turned up evidence of an endangered species previously unknown there. Second, the discovery of an endangered species provides a trump card for those opposing a development using politics or “lawfare”. The orange-bellied parrot has popped up at proposed development sites from Point Lillias to the Bald Hills wind farm site.

Which brings us back to the black-throated finch. The finch is present at the site of the proposed Carmichael Mine. But does this mean an endangered species is threatened by the development? The environmental groups opposed to the mine certainly think so, as does DES, and DES engaged Professor Wintle, Director of the Threatened Species Recovery Hub (TSRH) to conduct the review, adding weight to the proposition that we are dealing with a threatened species. Problem is, evidence to support the finch’s endangered species status is rather underwhelming.

Internationally, endangered species are listed by the International Union for the Conservation of Nature (IUCN) on its “Red List” along a spectrum of seriousness: Not Evaluated; Data Deficient; Least Concern; Near Threatened; Vulnerable; Endangered; Critically Endangered; Extinct in the Wild; and Extinct.

The Red List rather leans towards higher listing on this spectrum, because of the Precautionary Principle. In Science and Public Policy I discussed the case of the snake-eating cow, Pseudonovibos spiralis, on the Red List as “Endangered”. There is no reliable evidence that this creature has ever existed—except in mythology as the khting vor in Cambodia or the linh duong in Vietnam. It has since been removed from the Red List.

But what of the black-throated finch—Poephila cincta? The Red List current in 2019 places the finch in the category of Least Concern, not even Near Threatened or Vulnerable let alone Endangered.

This is not to say the finch is without challenges. It was once recorded in northern New South Wales and southern Queensland, and is now considered to be “possibly extinct” there. There is now a tendency to use the word extinct to describe populations in particular areas, even if, overall, the species is of “Least Concern”.

The Handbook of the Birds of the World is equally sanguine about the prospects of the finch. It states: “Not globally threatened (Least Concern). Formerly considered Near Threatened. Uncommon to locally common. Has undergone moderately rapid population reduction and range.”

What explains the frequent references by the Queensland government to the finch as “threatened”? It turns out there are two black-throated finches, Poephila cincta atropygialis (in northern Queensland) and Poephila cincta cincta (to the south).

The subspecies found in northern Queensland is commonly called the black-rumped finch and The Handbook of the Birds of the World gives its distribution as “NE Queensland (C & S Cape York Peninsula, S to SE Gulf of Carpentaria and upper Mitchell R drainage), in NE Australia.” Poephila cincta cincta, the white-rumped finch, has a distribution of “EC Queensland S from Townsville and upper Burdekin R basin.” It is Poephila cincta cincta that the Commonwealth department lists as endangered.

A species is defined as the largest group of organisms in which any two individuals can produce fertile offspring by sexual reproduction. The term subspecies refers to one of two or more populations of a species living in different subdivisions of the species’ range and varying from one another by morphological characteristics. The case for protecting a subspecies, because it has a white rump rather than a black rump, is obviously not as strong as protecting a whole species.

But even the status of these subspecies is at issue. The Handbook of the Birds of the World simply refers to them as races:

Race atropygialis has been considered a distinct species on morphological grounds, but the two forms intergrade over a broad area, are nearly identical in song and display behaviour, and in mixed aviaries show no tendency for assortative mating; in breeding experiments with captives, black rump colour dominant over white, and in some offspring black rump has some white feathers.

“Intergrade” means pass into another form by a series of intervening forms. One population fades into the other, in other words. The imposition of two subspecies on these two races is therefore highly discretionary—clearly why both the IUCN and The Handbook of the Birds of the World do not distinguish between the northern and southern populations and classify the finch as of least concern.

But maintaining they are distinct subspecies is politically useful, and expanding the threats to one race back up to the species as a whole in public discourse, as the Queensland DES has repeatedly done, constitutes a serious act of duplicity.

The political context for all this does little to reduce suspicion. Photographs of school children tweeted by Professor Wintle while attending a climate change rally in March 2018 holding a sign reading “I’ll stop farting if you stop burning coal” did little to convince Adani and its supporters that he brought objectivity to his task. Neither did his criticism of policy-makers in the Conversation in December 2018 for “continually” clearing patches of rural vegetation to make way for job-creating mines.

That the Queensland Environment Minister and Deputy Premier, Jackie Trad, held her seat narrowly from the Greens added important context. And the appointment in 2018 to a senior position in DES of Trad’s reported friend Dr Tim Seelig after a late application, accepted after being sent directly to the chair of the selection panel, did not help. Seelig previously headed the Queensland Conservation Council, and campaigned against LNP Premier Campbell Newman at the 2015 election while working for the Wilderness Society. He was somehow able to overcome the selection criterion that the appointee be “apolitical—both politically and advocacy related”. He was then preferred over more than fifty other applicants.

The Adani case, bitterly fought in the courts and the political sphere, played a large part in the failure of the Labor Party to win the May 2019 federal election. The Queensland Labor government has since relaxed its concerns over the finch, and the Adani mine is now likely to be finally approved.

Any development proposal should be subjected to rigorous environmental scrutiny, including its impact on both endangered and non-endangered species, but the conduct of the Queensland government has bordered on the absurd. It did not, for example, require a review of the impact of a favoured road proposal near Townsville on the finch.

There will be lingering damage arising from this case, and not just to the regard by international investors of the desirability of Australia as a destination for their funds.

Science has been further damaged by the convenient use of an endangered race of black-throated finches—or at best a subspecies—to suggest that the whole species was at risk because of the Adani mine. Environmental sciences are widely viewed with suspicion, and this case has done little to salve such concerns.

The British anthropologist Mary Douglas once noted that public policy is almost never resolved one way or the other by some piece of scientific information, yet many scientists like to think that science will solve disputes. She added: “When science is used to arbitrate in these conditions, it eventually loses its independent status, and like other high priests who mix politics with ritual, finally disqualifies itself.”

Aynsley Kellow is Professor Emeritus of Government at the University of Tasmania.