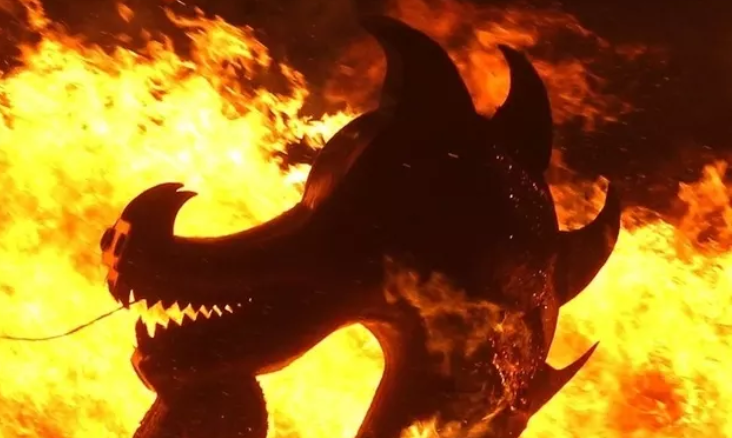 In what looks like a new paroxysm of self-hatred and cultural suicide, Sweden has begun destroying artefacts from its ancient Viking history.

One might think that the country, over-run by hordes of Middle Eastern “asylum seekers”, would wish to preserve as much of its national identity and cultural heritage as it could. Even at the most mercenary level, Viking sites, museums, artefacts and souvenirs have been huge tourism money-earners. The television series Vikings shows Western man’s fascination with the hairy old sea-rovers. The immensely popular books and films of The Lord of the Rings drew in large part upon Norse mythology as well as Christianity, showing its deep resonances even for modern man.

Now an angry archaeologist has blown the whistle on the fact that the curators of Stockholm’s Länsmuseum have been ordering the systematic destruction of newly-found artefacts from the Iron Age and the Viking period with the weak excuse that the material would be too burdensome to process. This is despite the fact that preservation of the past is what being a museum curator is meant to be all about.

Coins, arrow-heads, ritual amulets, weapons, jewellery and weights that were kept in the past are now dumped into metal-recycling bins upon discovery instead of being cared for and displayed. Museum excavators are instructed to recycle unearthed iron elements into scrap metal on the weak pretext that “it would take too many resources to process, identify and store them”. The findings are usually quickly disposed of in order to make way for construction machines and building workers.

Ironically yet appropriately, the boom in excavation which has led to the doomed artefacts being unearthed has largely been to provide housing for the asylum seekers flooding into the country, and who are now pushing the crime-rate back towards, well, towards Viking levels.

This process was kept secret until a declaration by Johan Runer, the museum’s archaeologist. He had tried to raise the alarm before but only met indifference from the liberal Swedish media. According to Runer, this has been going on since at least 2016. He claims an entire ancient settlement was secretly levelled to allow roadworks.

The artefacts could easily be stored, as they have been previously, or sold or given to other museums around the world which would be eager for them. The real motive looks like the conscious destruction of Sweden’s culture, history and heritage—an act of Gramscian cultural warfare by the Left.

Nor is Sweden alone in this madness, or rather, this orchestrated strategic exercise. Apart from the Robert E. Lee statue in the US and the demonisation of Columbus, in Australia there has recently arisen an all-too-predictable campaign to destroy statues of Captain Cook and other heroic figures of the past. In Britain, believe it or not, the money-losing Guardian newspaper, a faithful mouthpiece of the extreme Left, recently printed a call for the destruction of Nelson’s Column!

It is not that the Vikings, or at least some of them, were awfully nice people. (The name Viking means something like “pirate hiding up a creek”.) The fact that one particularly gentle Viking was called “the children’s man” tells us a lot about them—he got the name because when going a-Viking he allowed children to live. As for their own children, mothers are said to have clucked approvingly (“He’ll make a good Viking!”) when their more boisterous games with axes turned lethal.

They had little conscience about winning by lies and deception. An archbishop, taken hostage by them, was pelted to death with soup-bones at a merry feast which got a little out of hand. We gather something about others from their names: Eric Bloodaxe, Thorfinn Raven-feeder, Sigurd Skull-splitter.

However, it is arguable that in their other role as traders they actually helped spread civilisation and international commerce. And they were phenomenally brave. To sail across the uncharted North Atlantic to America in open boats was not a job for snowflakes.

They took their wives, too, one of whom put a menacing group of natives to flight by running at them bare-breasted and wielding a sword. In the North European imagination, at least, Vikings came to stand for death-defying courage, challenging the gods and the unknown, and facing incredible hardship and death with stoic bravery. Even allowing for some romanticising, the historical record shows this picture contains more than a little truth.

They navigated the great rivers south across Russia to the Black Sea. At Constantinople, they formed an elite guard for the emperor. They nearly conquered England and would have done so but for the heroic Alfred the Great. Their direct descendants, the Normans, did conquer England—the Norman Conquest has been called the last and greatest Viking raid of all. They successfully settled Iceland and even settled Greenland for a time until the climate changed for the worse (the descendants of the original Norse Greenland settlers are believed to have been trapped there because there were no trees to provide wood for ships and they perished gradually and miserably). Later explorers there found the ruins of a cathedral with stained-glass windows.

The Normans did more: converted to Christianity by the heroism of missionaries, they provided the steel-clad ranks of medieval chivalry which turned back the incessant Muslim assault on the West, and even for a time held Jerusalem. They allowed European civilisation to survive.

They preserved, when Christianised, something of the legacy of Greek learning and philosophy and Roman administration and technology: they gave Europe its modern form. It is tempting to think that their culture of magnificent daring at sea played a part in giving Europe the impetus for the great voyages of discovery (Columbus is said to have seen Viking charts or accounts of the voyages to America). Is it entirely coincidence that both “Drake” and “Nelson” have a Norse sound about them?

One commentator, Jean-Batave Poqueliche, said of this destruction of Sweden’s Viking heritage:

If we do not expose them and fight this lunacy, how will it stop? This story is just one more proof of the Left’s effort to shape the future of their ugly world using the technique of the scorched earth.

It also follows recent claims from Leftists that ancient marble statues made thousands of years ago are actually racist and were specifically used to “whitewash history”.

Other examples where History is targeted include the Left using violence and threats in order to get Southern generals’ statues removed from various locations in the United States.

There is not much difference between those Liberal iconoclasts and the Islamic State’s goons smashing millennia-old statues and monuments with sledgehammers. In both cases, those who destroy claim that the targets are false idols.

Such practices are revolting to say the least. They are a prime example of how Cultural Marxism aims at erasing the past to get rid of the last roots that our children can call theirs. Just like violent communist regimes in the past which aimed first at burning libraries, bringing down churches, graveyards and museums before shooting teachers and scholars in the back of the head.

Without respecting the ancient traditions of men, a stable and healthy future cannot be built. By destroying elements attached to the idea of Viking culture, which valued success, bravery and putting one’s people first, Sweden’s self-loathing decision-makers try to erase the few traces that show Sweden as something other than a multiculturalism-infected petri dish.

Destroy a people’s history so they cannot find a common heritage and you can start anew and create the society you seek.

For all that might be said against the Vikings—which is quite a bit, to be sure—they are part of Northern Europe’s history, and in many ways an inspiring part. A society that wilfully destroys its own history in obeisance to ideology is in deep trouble—as those responsible know perfectly well.

Hal Colebatch, who lives in Perth, is a frequent contributor. Among his books is Return of the Heroes: The Lord of the Rings, Star Wars, Harry Potter, and Social Conflict