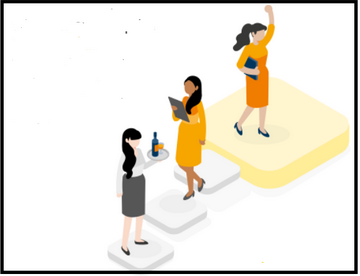 In an age when glass ceilings and lower pay for women have largely passed into history, the Royal Australian Institute for the Preservation of Tradition (RAIPT) is an anachronism. Of the thirteen members of “Our Team” listed on its website only three are women. Worse, not one of these women is in a senior management position. Mrs Triggs looks after the executive tea-and-coffee trolley, Miss Wong is in the mail office and motherly Mrs Berejiklian (“Auntie Glad” to the children) presides over the staff creche. Their presence is a concession to changing times, since the institute’s “Vision Statement” is insistent that “the best place for women is in the home, caring for their husbands and children”.

It is appalling that this reactionary, one might say antediluvian, state of affairs has survived so long. But there is so much “sexism” and “discrimination” going on all around us and in need of rectification that Australia’s platoons of equal-opportunity caseworkers have been too busy—“woefully understaffed” as one of them put it—to open an investigation into the RAIPT’s staff imbalance. The good news is that they have begun making up for lost time and the institute this week received a damning “gender parity rating” of 0. Women’s “empowerment” activists have launched a “Hong Kong-style” campaign to demand that the institute instantly recruit a majority of women, starting with themselves. A number of protesters, wearing death’s head masks and “pussy hats” left over from an earlier “Kill all rapists” demonstration, have glued themselves to the road in front of the institute’s offices (one had to be detached with solvent and taken to hospital after Miss Wong inadvertently parked her Honda Civic on her). The ABC has lent its support to the campaign by presenting an all-female edition of Q&A during which militant Egyptian-American feminist Mona Frankenstein brought a bomb into the studio in her sustainable string bag to confront “the RAIPT and the rest of the fascist industrial-military complex with the instruments of hate they generate” and was only just restrained from detonating it by burly audience members from a women’s collective. The RAIPT, she shrieked, was a “tool of Trump” and she had, she warned, “some supportive friends” who would be “happy to cut the throats of its board in public as a personal favour to all oppressed women”.

The Victorian Equal Opportunity and Human Rights Commission is also onto the case. Its commissioner, Kristen Hilton, said she was—

Hang on, stop, I’ve got this all wrong. Start again.

It’s Kristen Hilton’s lavishly taxpayer-funded commission that has the ten-to-three gender ratio mentioned above, with the difference that the ten are women, the three men, so that’s OK. A visit to the commission website reveals that the commissioner, executive director and all four members of the commission’s “leadership team” are women. How’s that for gender parity? The commission’s board, by comparison, is a model of balance with a female “chairperson” (who gets a bonus for being a “person of colour”) and three lady board members and three men. All up that’s ten females and three males. Equal opportunities, in other words, is emphatically not a field of equal opportunity.

Like the pharisees, the commission preaches what it does not practise. One of its current obsessions is the Victoria Police, a body of such sterling reputation that its “management” of police informants is the subject of a royal commission. But that’s not what upsets the Victorian Equal Opportunity and Human Rights Commission as much as the force’s “gender equality” record and the fact that, despite reducing its minimum physical standards, Victoria Police is still 20 per cent short of its target of a 50 per cent female recruitment rate.

That means only 30 per cent of police recruits are women, exactly the same as the gender ratio at Kristen’s commission, but unacceptable to equality enforcers because it’s the other way round. (The Victoria Police keep Kristen and Co very busy. Since 2015 the commission has conducted three “reviews” into the force costing heaven knows how much taxpayers’ money, in the course of which it’s unearthed not just gender disparity but “sexual harassment and predatory behaviour”, both apparently alive and well among Victoria’s guardians of the law.)

Around the nation, opportunity in the senior ranks of the equality and anti-discrimination industry knocks far less for men than women, with relative figures that would occasion shrieks of feminist protest if they were reversed. The New South Wales Anti-Discrimination Board has a female president and two women and one male on the board. The South Australian Equal Opportunity Commission has a female commissioner but its website is coy about board details. The Tasmanian Anti-Discrimination Commission is similarly reticent though it does reveal that it’s run by a woman.

By some oversight, pockets of patriarchy linger on. The Queensland Human Rights Commission has a male commissioner, as does Western Australia’s Equal Opportunity Commission. But lest anyone interpret that as a resurgence of “male supremacy”, the latter’s website reassuringly explains, as though his appointment were some kind of lapse, that its boss is the first male in the commission’s history, after four women in a row.

At national level the preference for female appointments reasserts itself. The president of the notorious Australian Human Rights Commission is a woman, there are four female commissioners and three men. But the Emily’s List Memorial Prize is taken by the Workplace Gender Equality Agency. This parasitical organisation—how much equality snooping does a nation need?—which according to itself is “charged with promoting and improving gender equality in Australian workplaces” has so assiduously promoted gender equality in its own workplace that its “leadership team” of five is entirely female.

If these men-versus-women comparisons are tedious and futile, blame the ideological obsessives who insisted on “gender quotas” in the first place—feminists, all of course allied with the Left, which finds otiose troublemaking boards and commissions of busybodies and ideological interferers useful for keeping the socially divisive pot of identity politics on the boil.

There have always been too many people who are not content unless they are bossing other people around and telling them what is “best” for them. In the female manifestation Dickens’s pushy moral improver Mrs Pardiggle in Bleak House springs to mind, or Hattie Jacques as a tyrannical hospital matron in Ealing film comedies. In real life, single aunts and a certain kind of headmistress could often be found in this role. It makes one wonder whether a taste for prescriptive authority is a motive for becoming a female equal-opportunity functionary. Or is it payback for millennia of imagined male domination? Or is it just something to do for the over-supply of privileged women whom technology and a service economy have released from domestic duties and launched onto the employment market?

And how different things used to be. The Victorian Equal Opportunity and Human Rights Commission has two lists from the 1970s on the “Our History” page of its website, put there in a what-an-unenlightened-world-it-was-before-we-came-along spirit of smarty-pants superiority, one suggesting careers for boys, one for girls. Boys get the “authority” jobs—bank manager, town clerk, company secretary; the blue-collar callings—bricklayer, carpenter, plumber; and even the adventurous—a career as an explorer. For girls, recommended careers include secretary, wages clerk, typist, dressmaker, nurse, housekeeper, cosmetics demonstrator, even—how unsexist—petrol pump attendant. Or she might prefer to be a chocklate (sic) packer (no one suggested a spelling teacher). If lists of this kind were redone today—which of course they couldn’t be if only on account of the apoplectic opposition of bureaucratic “inclusivity” cranks and gender-fluidists if such a division of labour were even mooted—“equal-opportunity commissar” could go to the top of the girls’ list but would hardly make it even to the foot of the careers for boys.

To paraphrase George Orwell, all are equal in Equal Opportunities but some are more equal than others.