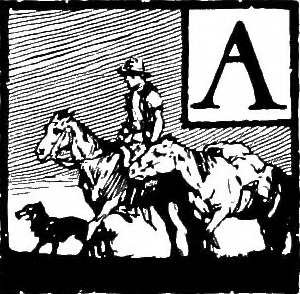 When a newspaper columnist once suggested a popular contest for the best book ever written, I felt tempted to nominate the Fifth Book of the Victorian Reader series.

The Second World War was raging far to the north, but my fondest memory—and I am not alone—of Sandringham East State School in Melbourne’s southern sand belt in the 1940s is of the Reader and especially, the many ballads of Banjo Paterson, Henry Lawson and others of the Bulletin era around 1890. “Across the stony ridges, across the rolling plain, / Young Harry Dale the drover comes riding home again …” And “The Fire at Ross’s Farm”, “Clancy of the Overflow”, and Adam Lindsay Gordon’s “The Sick Stock Rider” (“Hold hard Ned and lift me down once more …”)

Children loved reciting the rattling old versified bush yarns. These, as well as the stories of the explorers (Blaxland, Lawson and Wentworth, Sturt, Eyre, Burke and Wills and many others) not only touched the imagination with adventure, but they were a grand introduction to the literature, history and geography of Australia and of the wider world.

While sometimes the whole class recited the Reader poems in unison, at others each individual pupil had to read aloud from its short prose items before the whole forty-strong classroom. It seemed as good a way as any to overcome reading difficulties early, not only because teachers could identify them, but because fear of failure before the class made weak pupils strive to avoid the shame of stumbling and of those terse remarks to parents in the little term report books.

The eight volumes of the Reader (beginning with “I can run, I can jump …”) were, along with chalk, blackboard and a ruler for rapping inattentive knuckles, the main teaching resources, except for the rarely used strap for very bad behaviour.

It is now just on fifty years since a tsunami of revolutionary change demolished the old-style no-frills schoolroom, and with it “Harry Dale the Drover” and most other poetry. I am no expert but can report from innumerable conversations (“anecdotal evidence”) over many years that a lot more people seemed happier with the old system than the new.

They include Lindsay Thompson, the man who, in Victoria, let the trendies through the gates, as Minister for Education in 1969 (and Premier in 1981-82). He told me in an interview many years later that this “freeing up” (as it was known) of the system was one of the otherwise conservative Bolte government’s mistakes. He said it had assumed, as state governments nearly always had, that its role was to provide the funds for buildings and pay the teachers, but to allow the Education Department to run the schools, as the trusted experts. It did not foresee the immense change ahead. Senior education officials of the time often agreed with him.

Victoria was off to a quick, radical start but the era saw comparable huge change in much of the world. The Reader was an early casualty, condemned as “no longer suitable”, along with the explorers, phonetic teaching of reading, detailed grammar, “rote” learning such as reciting the times tables, mental arithmetic and even the wooden ruler as corporal punishment. The grim-faced inspectors from head office no more appeared in the classrooms to check on and if needed coach the teachers. School days were not the same any more.

The secondary schools, especially the state ones, went the same way. The new education establishment wanted brighter, more informal and child-friendly teaching, more “relevance” (whatever that meant), more attention to critical thinking and self-esteem at the expense of the once prized facts, much smaller class numbers, more spirit of participatory democracy, more inclusion of parents, more fun.

Did it work? This is obviously a big subject, but judging by the simple index of popular grumbling and complaining, including by teachers, my clear impression is that Australians who can remember preferred the more predictable older system. “Dumbing down” expresses the typical resentment.

A friend of mine remembers that teaching in the 1960s at a nearby high school—one then much esteemed by the parents—was rather serene, a little bland. The curriculum came down from on high, little changed over the years, pupils who didn’t get the marks failed, discipline was hardly a problem. Teachers could get away around four o’clock, with perhaps an hour at home for correction and preparation.

She went back a few years later when her children were older to find lack of discipline the chief problem, followed by frequent changes in nearly everything. She often had to stay back until six or seven o’clock for meetings, with parents or with fellow teachers, to discuss what and how to teach or which pupil, if any, to fail (damage to self-esteem was the issue).

She eventually concluded that new-style education worked when there was a strong principal with good staff, but it produced many badly run schools. Another ex-teacher tells me that a good teacher knows how to work around the system. A former headmaster tells me that discipline, which has long been not what it used to be, is the key to effective teaching, far more critical to successful education than what and how to teach.

What happened? My impression is that education reform began as a theory between the wars in the western part of North America. Entrepreneurial universities there then began offering courses in it, scholarships and postgraduate degrees and it spread wave-like around the world, attaining—despite much professional scepticism—the reputation of being exciting, progressive, modern and international, promising to solve many a problem, especially that of unenthusiastic youngsters. It would promote social equality and uplift the working class.

In the 1960s, the curious though cautious Australian education authorities sent suitable graduates to study this promising “overseas” new wave. Many came back fired up as missionaries for it, though sometimes as it unrolled wishing they had not. They often joined the staff of new teacher-training university departments and colleges.

The country they returned to was awash with change and an appetite for even more. Population size, especially of the young, was soaring, along with a desire for more education through to the end of secondary school and to university. New schools and universities were opening, and with them the demand for teachers.

There was also something of an ideological vacuum, with communism and other socialism in discredited decline, along with religion ailing and people wearying of bland conservative or low-key Labor governments. Support for the British Commonwealth became tepid. Into this empty space came the noisy New Left vision of more personal freedom and informality, less authority or convention (in a country already relatively relaxed and egalitarian). Brash after-the-event opposition to the concept of empire and colonies at any time and any place, including Australia, was one of the driving ideological principles, super-charged by the Vietnam War.

The New Left had its main impact on this young, rapidly expanding educational world, in a general way if not in every detail. The expansion in education brought a flow of novice teachers from the new institutions but a dearth of experience. It also brought a need for much more money, including from Canberra, and with it much more administration, as well as much change for change’s sake.

The new conditions produced a big bureaucratic overlay of educational establishment, state and federal, dominated by officials, theorists, academics and politicised education unions, often remote from the classroom. This complex new bureaucracy was rife with careerism, factional tensions, jargon (one ex-teacher calls it “edu-babble”) and the suspicion of making work for itself through even more change. Political intervention, once held at bay, became normal, with every new state and Commonwealth minister out to make a name by “reforming” education.

The fate of the Reader tells the story. In the early 1970s, progressive administrators influenced by the New Left wanted it gone, along with the explorers and the rest. The reason, other than it being “not suitable”, was obscure, but rumour had it that it was considered to be unfashionably patriotic and soft on colonialism, with its colourful bush ballads and old-style British verse like Wordsworth’s “The Daffodils”.

Supporters of the Reader succeeded in getting the authorities to publish a facsimile edition for the general public but when a more leftish group won out under a Labor Education Minister in the 1980s, Joan Kirner, it was banished in boxes to the basement. “They” were rumoured to be worried that the Reader was popular, that children might like it and get the incorrect idea that colonial Australia was not all grim.

About fifteen years ago I got chatting with a bloke in a Balmain pub, a friend of Paddy McGuinness. He was buying up the banished Reader in bulk from the departmental basement, bringing it back across the border, and making money selling it in Sydney old folks’ homes.

3 thoughts on “Driving Out the Drover”