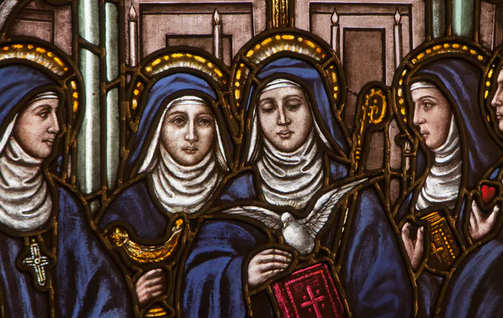 Men and women in the traditional formulation; women and men in the order preferred by progressive clerics and university thinkers. Between these two sexes (two only, additional “sexes” being a later invention) the ancient “battle” is as old as Adam and Eve, but from being a playing at war it’s become nastier lately, and although there is no organised force known as masculinism there is a vast one called feminism. Since the 1960s at least, almost invariably in partnership with the Left, toxic feminism, poisoning relations between men and women, has stealthily and resolutely gained the upper hand. It’s all happened so quickly; do we ever take stock of how many changes there have been?

To start with, feminism has replaced the Golden Rule and the Ten Commandments as the measure of good and bad in our daily conduct. Then there’s the fact that men, represented for purposes of feminist propaganda as violent brutes in need of restraint, have been forced to take warning that anything feminists can construe as “demeaning” to women (unless of course it’s carried out by Muslims, for whom different criteria apply) is “inappropriate” and not to be tolerated. To enforce full “equality”, all fields of human endeavour that for historical and anthropological reasons were reserved to men, from business to sport, have been steamrollered by feminist-inspired “quotas” and “anti-discrimination” legislation to allow full participation by women (with the additional “genders” tacked on, of course). If physical standards are high, as in the armed forces or police, they must be lowered (though in all the clamour over women’s opportunities in football no one has suggested the truly equal solution of mixed teams). Our language has been censored and tormented—they and them as singular pronouns, no more actresses and manageresses—to render it “inclusive”. In our public life feminism has carried all before it, like a Wehrmacht of Amazons sweeping through Western society.

How men have let this happen is a mystery. Perhaps through old-fashioned chivalry at first, though as feminism waxed chivalry was also declared taboo, since apparently it “patronises” and “conceptualises” women according to masculine criteria. Yet there’s still one area traditionally the preserve of men where feminism hasn’t got a foot in the door, even if it’s banging hard on the outside demanding to be let in. This is the Roman Catholic priesthood. Catholic feminists regard their exclusion from the priesthood as a last vestige of wicked “patriarchy” in action. Although in the popular mind the clerical state is rather under a cloud at the moment, justly or unjustly, there are Catholic women who want to join it, and think it their “right” to do so. They even argue that had they been priests all the sexual abuse wouldn’t have happened, an assertion not supported by accounts of what went on in certain schools and orphanages run by nuns.

Those who believe that there is a complementarity between the sexes and that feminist doctrine distorts the balance of this relationship will be encouraged when, as hardly ever occurs, feminism suffers a setback. This has happened in Melbourne, and although until recently scarcely noticed by the media in Australia (strange, because it’s the kind of thing Compass could devote one of its excruciating editions to) it was judged significant—that is, outrageous—enough to be written up in the house journal of American leftism, the New York Times.

A Boadicea in the crusade for women to be ordained Catholic priests is a Benedictine nun from America called Sister Joan Chittister, who, aged eighty-three, is what you would kindly call a formidable personality, or, unkindly, a bit of a battleaxe. Sister Joan, author of Heart of Flesh: A Feminist Spirituality for Women and Men (“unmasks the effects of sexism on both men and women”; “According to Chittister, the patriarchal culture that has shaped our world has also brought us to the edge of destruction with its dualisms, hierarchies, and inequality”), had been invited to address a conference on Catholic education in Melbourne next year. It says a lot about the state of Catholic education in this country that its conference organisers would invite a prominent “dissident” to address an audience of teachers, someone in other words who could be relied on to tell the teachers how the Church for which they work is wrong and she right in her vision of female ordination and the “empowerment” of “women and laypeople”, for which she has been beating the drum for half a century. And as the New York Times reported, she was looking forward to the conference, doubtless certain in the knowledge that her ideas would filter through the teachers to the one in five Australian children the Catholic system supposedly educates.

All of a sudden, it turns out Joan isn’t coming after all. The Archbishop of Melbourne, Peter Comensoli, apparently declined to “endorse” the invitation and while the archdiocese insists he “has neither invited Sister Joan or revoked any invitation that may have been issued to her”, the fact is she won’t be there. Cue hand-wringings from the “saddened” organisers and squawks of protest from feminists. Joan herself responded with an hauteur worthy of Lady Bracknell. “It is pathetic,” she declared. “These teachers for the next generation of thinkers are being denied the right to pursue ideas.”

The right to pursue ideas—the ones the Left doesn’t approve of, that is—is something students have been pretty comprehensively denied ever since progressives got a stranglehold on education in the 1970s, though it is unlikely Sister Joan has ever protested about that. Catholic schools, you would hope, would be less in thrall to leftist orthodoxy than state ones, but in fact they’re right on board on climate change, welcomes to country, unlimited importation of “refugees” and the rest. They observe that exercise in multicultural wishful thinking, “Harmony Day”, and fly the Aboriginal flag as though it were that of a nation. Feminism has more than a foothold in such an educational milieu and a well-known Catholic girls’ school in Melbourne was probably not alone in inflicting special screenings of Julia Gillard’s mendacious “misogyny” speech on its assembled and captive students.

The one set of ideas Catholic education doesn’t seem to encourage its charges to “pursue” is the Church’s teaching on morals, if a survey by the Australian National University is correct in stating that eight in ten Catholic teenagers in Australia support same-sex marriage, and roughly the same proportion support the right of gay, lesbian and transsexual students “to express their sexuality in schools” (how would they do that, exactly?). Sister Joan, through the teachers, would have done her bit to top up the syllabus with an extra shot of feminist propaganda.

Naturally, the New York Times has no kind words for Archbishop Comensoli. It found some unnamed “Catholic scholars” to dismiss him as a “conservative moral theologian”. Worse, he “previously served as an auxiliary bishop in Sydney under Cardinal Pell”. Enough said.

And yet the archbishop, in indirectly thwarting one small attempt by the feminist establishment to reinforce its hegemony in education to the possible detriment of students’ later lives, has done students a service. For feminism has taken its toll. How many older women are there who, seduced by feminist anti-maleness in the Greer–Friedan years, ditched their husbands along with their bras and are now sour and lonely? How many girl students, schooled in “sexual politics”, will find their future relations with men more contractual than loving, in a tangle of squabbling about “rights” and “roles” and “pre-nups”?

As for the Sister Joans of this world, and they are legion, especially in the United States, does it ever occur to these ladies that in their crusade against “patriarchy” they have crossed the bridge between the sacred and the secular? They want to change a fundamental practice of their religion to bring it into line with a contemporary obsession of leftist secularism, which they ought to know is the sworn enemy of the faith they profess.

One swallow doesn’t make a summer, and feminism is a mighty stronghold that will not be brought down by a withdrawn invitation here and there. But it’s heartening to see it challenged, if only to be reminded that challenge is still possible. In this regard, the recent reversal in Britain by the Court of Appeal of an activist female judge’s ruling that a mentally immature woman must have an abortion against her wishes was similarly encouraging, since abortion, for feminists, is an absolutely non-negotiable women’s “right”— a right so fundamental they would happily have seen it forced on a woman who did not want it.