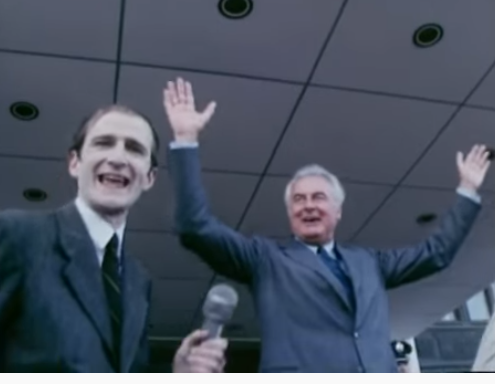 Here we are in April again, a month in which, according to the leftist thermometer of outrage, our national shame should reach heights only exceeded by the summer of leftist discontent each January. January, being the month of Australia Day, is suffused with the self-righteous guilt so many white Australians feel at their misfortune in being citizens of a supposedly invaded country—though why they don’t just nick off and leave it uninvaded, at least by them, is a perennial mystery. As it is, their complaints and moanings quite spoil the last week of the summer holidays for everybody, making those of us who celebrate Australia Day feel as though we’re having a party in our new house with the previous owners laid out in their coffins in the next room. But now it’s April, when leftists are almost as mournful, because it brings with it Anzac Day.

Anzac Day is an all-purpose portmanteau occasion for offence-takers. They say it’s homo- and transphobic (though the armed forces themselves most emphatically no longer are, since the days of General David Morrison—remember him?—and his high-heeled slingbacks). It’s narrowly nationalist, since it arises from a British war against Germans of the kind we’ve recently seen in shadow form in the disgraceful anti-European display of populist deplorabilism that is Brexit. It’s racist, because it celebrates white supremacy over the less privileged people of Turkey (Gallipoli is a bit of a hiccup in this, but leftists never let facts spoil a good grievance). It’s toxically masculine, which makes it also misogynistic and a cause of domestic violence.

Our university history and sociology departments have declared as with one disapproving voice that Anzac Day is a “glorification of war”. Ten years ago La Trobe University feminist windbag Marilyn Lake edited a book with Henry (“Black Armband”) Reynolds called What’s Wrong with Anzac? The Militarisation of Australian History in which, as one reviewer put it, they argued that “it is time to open up a new battlefront in the ‘history wars’—on the sacred cow of Anzac”. They have had their way, and not a Sacred Cow Day passes now without jibes against it and the people—the majority of our population—who patriotically celebrate it. Anzac Day is “bogan Halloween” in the view of Melbourne Comedy Festival veteran (that says all you need to know about her) Catherine Deveny. It’s a “Trojan horse for racism, sexism, toxic masculinity, violence, homophobia and discrimination”, she added breathlessly, as though she were in a competition to illustrate the dreary exiguity of vocabulary that makes leftist discourse so boring.

Leftists would no doubt get rid of Anzac Day if they could, which makes you wonder, since they’re in charge of just about everything in this country, how any of the main public holidays would survive if the leftist ascendancy could find a way of totally ignoring the “rednecks”—the non-leftist majority of the population—and reshaping the calendar in its own image.

Easter, also in April this year, might be suffered to survive, but only as long as it remains a festival drained of Christian significance. If it were to revert to tradition it would be abolished on the grounds that anything to do with Christianity and its obscurantist opposition to gender fluidity and early infant disposal, not to mention the suffering its predatory clergy have inflicted on just about every child to have the misfortune of crossing their path (as the ABC and the erstwhile Fairfax newspapers would have you believe) has no place in our secular enlightened age. But Easter is now the commemoration of the Bunny and, if climate change keeps the rain away, the occasion for the last of the outdoor barbies before winter sets in. On those grounds, respectively, animal liberationists and vegans are opposed to it, but their voice does not as yet carry much weight in the counsels of the Left, though with the irreversible tendency of leftists to ever greater kookiness it will in time, and it is then that Easter will become an endangered species (in Melbourne, the hallowed Good Friday children’s hospital appeal on Channel Seven, the sole religious experience most Victorians have from one year to the next, might save at least part of it).

On to June now, and Queen’s Birthday should certainly go. What use have we for a day devoted to grovelling before the cult of what most politicians and all our leading thinkers such as Peter FitzSimons, Gareth Evans, Eddie McGuire and Barry Jones will tell you is a “foreign” monarch? Dame Quentin Bryce is one of their ranks, though happily she managed to overcome her republican sympathies sufficiently to accept the post of local representative to the “foreign” Queen and an imperial honour. A more curious objector to Her Majesty was the late fourteenth Earl of Loudon, a farmer who lived in New South Wales and combined republicanism with the belief that as an heir of the Plantagenets he should have been King instead.

Remembrance Day in November, though not a public holiday, is another glorification of war but doesn’t attract the same degree of public attention as Anzac Day and is thus proportionately less criticised for toxicity. Nevertheless in an ideal leftist world it would have no place.

As to Christmas, the serially offended will say you don’t even have to argue a case for its abolition, any more than you do for the Christian Easter. But like Easter, Christmas has had the unacceptability taken out of it. A combination of secular fanatics inveighing against Christmas carols, anti-racism enthusiasts pretending to be concerned that “minority cultures” will feel their place in our society “threatened” by the Nativity and shopkeepers to whom the only carols worth hearing are the musical ker-ching of the cash register have done a thorough job of burying the Christian Christmas beneath a generic “holiday season”, with Santa still just about tolerated as long as he keeps his hands visible at all times.

Which brings us to the end of the year. Wide public observance suggests that New Year’s Eve and the following day’s capacity for upsetting leftists is less than that of the other holidays, though if you’re a really keen offence-taker you could object that it does “privilege” the white European Gregorian calendar over those of other racial and cultural groups. Public orgies of New Year celebration get bigger every year without noticeable leftist complaint, even where there ought to be. The City of Melbourne, unable to find funds to help house the growing numbers of homeless sleeping in its streets, still managed to spend $3.4 million last New Year’s Eve on meretricious revels that included ten tonnes of fireworks, without a squeak of protest from Greens, Labor or any other councillors. In Sydney, where Clover Moore’s municipal regime spent $3 million more than Melbourne on New Year fireworks, there have been complaints—not because of the cost, heavens no, but because, embarrassingly, the most recent display coincided with the bushfires consuming large tracts of New South Wales. Sydney City Council is therefore toying with drones and coloured lights for next New Year as, presumably, less cognate with conflagrations.

Multiculturally speaking, big New Year crowds present a golden opportunity to the kind of psycho supposedly unconnected with Islam who nevertheless wants to take us all out in the name of Allah. But let’s not go overboard. Such attacks, according to perky little über-multicultural pontificator Waleed Aly, are only “irritants”—like blowflies at the beach.

New Year remains open to the criticism that its traditional image is uncompromisingly Britannocentric. “Ring, happy bells across the snow,” wrote Lord Tennyson (no, students, you’ll have to Google him; he certainly won’t be in the national curriculum). We don’t have snow at New Year in Australia (perhaps one day we will if the “climate emergency”—Australia’s “climate suicide” in the words of the New York Times—makes the weather even more topsy-turvy) so the only lines relevant to this country in these oft-quoted verses are, “The year is dying in the night / Ring out, wild bells, and let him die”. That last phrase could be the government of Victoria explaining its policy with regard to the inconvenient ill and elderly. And if, in true Andrews–Nitschke spirit, you feel like giving the dying year a shove in the final direction, you only have to put your watch ahead by an hour or two and voilà, the page is torn from the date pad, like an image of time passing in an old movie.

Then there’s the Scotch-derived habit of everyone joining hands at midnight and braying, “Should auld acquaintance be forgot?” It certainly should not, if it’s the kind of auld acquaintance that you can accuse of acting “inappropriately” towards you—a priest (especially), a schoolmaster or gym trainer perhaps, or if you’re an aspiring female “actor”, a director with a casting couch. Remember it all. The media, the police and certain sinister lawyers will be delighted to hear from you.

Perhaps the real question is: Do we need a New Year at all? What’s wrong with the old one? Couldn’t we have the same year every year, sustainably recycled, instead of a year subject to built-in obsolescence and discarded on December 31? Why do we have to change the annual number? Going from 2020 to 2021 might be good for kids who can’t wait to grow up but it’s a bit hard on what we might tactfully term the more mature person, like all those dads desperately trying to fight off the years by dressing like their teenage sons. Even when the mature person is eternally youthful—Ita Buttrose and Julie Bishop spring to mind—the reality is that they’re a year older. That sounds ageist to me.

It would be better to regard the passage of time as the equivalent of one of those continuous cinema shows that used to abound in dim little theatrettes in city basements. There’s no starting or finishing time. The program goes on repeating itself and you come and go as you please. The cartoons could represent one season—let’s say a happy, laughing summer—and the Movietone news the gloomy depths of winter. The Joe McDoakes comedy and the Scotland Yard mystery can be the equivalent of spring or autumn, depending on when you come in. The year could be like that, with its end in its beginning as you might say if you were of poetic bent.

And to fill the empty chasm of those public holidays excised by leftist fiat? Well, there’s Mabo Day and all those United Nations Days of minority grievance that you’ve never heard of until you read on your desk calendar that it’s Extinction Rebellion Day or the International Day for the Restoration of Human Rights in Australia. There are charity days such as Red Nose Day (that could be a substitute for Christmas) and Poppy Day—oh, no, that’s gone with Remembrance Day. With luck we’ll have a Treaty Day coming up to replace it. All these could be gazetted as full public holidays in place of the relics we’ve inherited from our unsavoury colonial past. Plus, outshining everything, the day that will live forever in leftist legend, the great national festival of the eleventh of November, no longer a day of military remembrance of old unhappy far-off things and battles long ago but of pride in our greatest national leader and his martyrdom, Dismissal Day, the feast of St Gough, with endless reruns on the ABC of his much-loved one-liner, “Maintain your rage”. Add his birthday and the day of his leaving us and you have a trinity of holidays to gladden the most tenebrous leftist heart, and for the rest of us—well, they’d be days off work, wouldn’t they? Easier than taking a sickie.

Due to a production error this column was initially published beneath the name of the wrong author. Our apologies to Mr Akehurst.

5 thoughts on “Deconstructing the Calendar”