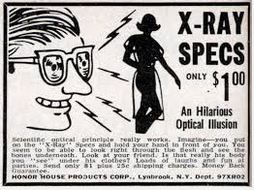 Without a doubt, University of Western Australia psychologists are forever blazing new frontiers in the effort to understand that strangest of organs, the human mind. Take Stephan Lewandowsky, for example, who established, to his own satisfaction (and that of the usual warmist cheer squad), that those raising quizzical eyebrows at the suggestion CO2 is prompting a climatic catastrophe are also apt to believe the moon landings never happened. Doubt the settled science and the academy’s verdict is in: you’re a drooling fool, best dismissed with ridicule and contempt.

Lewandowsky, now at Bristol University, has since provided the raw material for a further case study in ridicule: himself. As fellow psychologist Jose Duarte notes at WUWT, among the many curiosities in Lewandowsky’s “moon landing” research was the inclusion of “a 32,757-year-old and a 5-year-old in his data”.

Also adding to the sum of human knowledge is postgraduate researcher Samantha Leivers, who is putting an additional gleam on UWA’s escutcheon with her attempts to establish if heterosexual men can discern a faithless female by the simple act of examining her photograph. The findings seem more than somewhat inconclusive, but she has nevertheless ticked one of the modern academy’s key boxes by earning the university lots of headline attention. As is usual with reporters, who generally lack the insight to recognise the vital issues with which social-science academics grapple daily, the purpose of Ms Leivers’ probings was not mentioned in press reports. But let her describe it:

… By looking at men’s level of phenotypical plasticity in sperm quality in response to these possible cues, we may be able to develop methods for increasing sperm quality on a short or long-term basis…

Ground-breaking stuff, to be sure, and easily explored, apparently, by showing pictures of women to random men and asking which ones, based on appearance alone, seem more likely to misplace their underwear beneath some other fellow’s bed. This must surely have prompted some fascinating discussions with her PhD supervisor, Professor Leigh Simmons, one of whose ARC-sponsored specialties is the study of variations in animal genitalia.

Taxpayers will be gratified to learn that their labours are assisting Lievers in hers:

Ms Liever’s charting of men’s spontaneous ability to spot slatterns can be read in full via the link below.

Policing at a Price