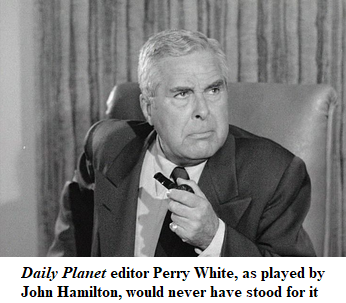 When newsroom silverbacks and grey beards gather a frequent topic of rueful conversation is the inversion of the old order. Once, and not so long ago, hacks lived in fear of their editors, but no longer. These days, as woke staffers package their worldview in ink and pixels, it is a brave editor who challenges the wisdom of J-school kiddies who believe their job is not to report the news but to filter it.

… the phenomenon goes far beyond politics. It is present on campuses, where college and university administrators fear running afoul of students, faculty or alumni, typically over issues relating to racial, sexual or economic equality.

Little surprise, then, that the trend of fear at the top is also vividly present in journalism.

A barrage of episodes have shown plainly how senior editors at some news organizations are afraid of backlash from their own staffs, or from ideological activists in their audience—both of whom have unprecedented ability to make life treacherous for those in leadership positions.

Harris is writing of recent newsroom revolts in the US, but he might have noted that the spectacle of  editors cowering under their desks was first seen in Australia, where Age staffers complained to Nine management about then-editor Alex Levelle. Their gripe was that he had placed on the front page a story about VicPol officers preparing to be spat upon by 2020’s Black Lives Matter protesters.

Unless the reporter made that up, it is fair to assume a police source actually said as much and that his or her comments were reported as spoke.  But accuracy wasn’t the issue with the 66 Age signatories objecting to Levelle’s news calls. Rather, they were incensed that an accurate and truthful report reflected badly on a cause that enjoyed a cherished place in their luvvie hearts.

Levelle subsequently quit and The Age, free copies of which can be found unread in Melbourne coffee shops, continued its descent into a newspaper chiefly notably for its daily cruelty to trees.

One thought on “Editors as door mats”

Climate science at the MCG

The rule of the tool