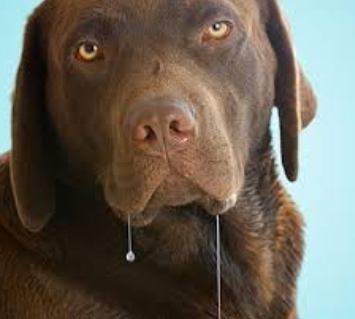 Ivan Pavlov had a dog conditioned to salivate when he rang a bell. The ABC has journalists and contributors who need only hear the word ‘Trump’ to drown inconvenient aspects of any latest ‘scandal’ in a deluge of simplistic slobber. At left, Tony Thomas takes a close and scathing look at one of Four Corners‘ more recent exercises in promoting a pet agenda, also noting how the national broadcast blew Ita-only-knows-how-much on a three-part, globe-girdling pursuit of the Trump-Russia connection which wasn’t.

Now, with the Democrats’ latest effort to oust an elected president under full steam, this time driven by allegations of collusion with Ukraine, the ABC has been filtering what its correspondents rewrite from the New York Times in order to omit or minimise inconvenient aspects of a much broader story. The charge is that Trump asked Ukraine’s president to nobble Joe Biden and the Democratic front-runner’s presidential bid by investigating his son’s business dealings. House Leader Nancy Pelosi announced an impeachment enquiry and Their ABC jumped in boots and all. For those who prefer their facts unfiltered the entire transcript of that call can be read here.

The ABC’s Conor Duffy and Emily Olson offer ‘Donald Trump’s call with the Ukrainian President is far from the ‘perfect’ scenario he said it was‘.

Contributor Micheline Maynard weighs in with ‘ Impeachment proceedings against Trump have been announced, but what took so long?‘

And there is an un-bylined missive which announces high up, in its second paragraph no less,

The inquiry centres on whether Mr Trump abused his presidential powers and sought help from a foreign government for his re-election.

Readers keen to learn how Trump allegedly sought Ukrainian assistance to torpedo Biden wouldn’t learn much from the above few words, and they would be only marginally wiser after wading through paragraph after paragraph of Pelosi’s condemnations before, way down at the bottom, coming across this far from adequate explanation:

Reports about Mr Trump’s call with the Ukrainian President allege that he repeatedly asked Mr Zelenskiy to investigate whether Mr Biden misused his position as vice-president under former president Barack Obama to threaten to withhold US aid unless a prosecutor, who was looking into the gas company in which Mr Biden’s son was involved, was fired.

And that’s as far as Their ABC is prepared to go in detailing what the Bidens were up to. Yet the thickly staffed ABC Washington bureau might so easily have sent an intern to the nearest bookshop for a copy of Peter Schweizer’s NYT #1 best-seller, Secret Empires: How the American Political Class Hides Corruption and Enriches Family and Friends  which deals at considerable length with the Bidens’ links to Ukraine.

In a nutshell, Schweitzer puts it this way (emphasis added):

There it is, in just a few words — background the ABC has felt no obligation to share with its readers and viewers. All this for one billion-plus dollars a year.

Journalism, they say, is democracy’s watchdog, which is true (or should be). But it’s a hard brief to bark when you’re drowning in anticipatory drool.

UPDATE: In nine short tweets the Wall Street Journal‘s Kimberley Strassel does a much better job of outlining what will inevitably be dubbed Ukrainegate than the ABC’s entire overstuffed Washington bureau. Those tweets can be read in sequence here.