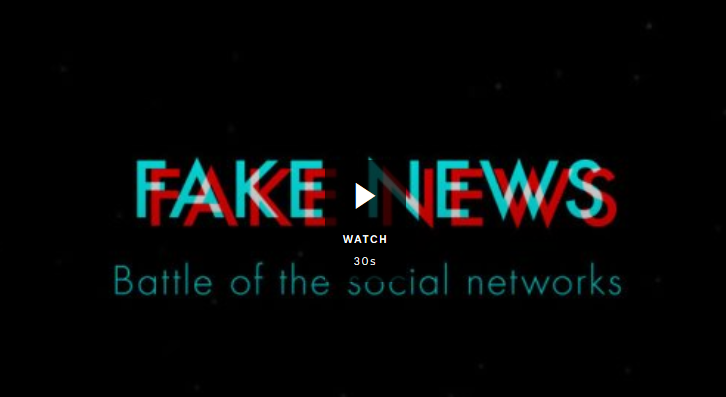 I watched ABC’s Four Corners “Fake News” episode on September 16 with some incredulity. It was Four Corners, after all, that brought us last year’s three-part barrage of fake news about President Trump (‘It’s the story of the century‘). Intrepid reporter Sarah Ferguson — possibly the ABC’s top-paid star on $460,000) — breathlessly attempted to establish that Trump colluded with Russians to steal the election from the ABC’s rightful president, Hillary Clinton. Except the Mueller inquiry announced “no collusion”.

Anyway, the “Fake News – Battle of the Social Networks” program was about social media spreading misinformation. It was a stale pot pourri of leftist interviewees urging government control of the internet, Julian Assange’s lawyer emoting[1] and an obsession about the Spanish government’s cruelty to Catalonians. There were sideswipes aplenty at Trump and vast admiration for the New York Times as the purported standard-bearer for objective reporting.

Meaning mainstream media such as the ABCaustralia, 4corners, nytimes, MSNBC etc are the only ones allowed to spread disinformation & smearing. Hence, their push to censor social media… Nice try.

I had the same thought. And sure enough, the ABC had bought the “Fake News” film from a leftist documentary and advertisement-making outfit in Barcelona, Catalonia. The closing credits name “La Kaseta Ideas Factory”. No wonder the film gave the Spanish government a drubbing: the project was “supported” by Barcelona City Government’s human something-or-other department. No disclaimer in English was given, although the government sponsorship is mentioned[2] in closing credits in the Catalan language – gracies per aixo, ABC.[3] The ABC has no problem using foreign government-backed leftist propaganda.

Is the doco stale? I’ll say! Visuals are dominated by clips from the October 2017 Catalan independence referendum (which Spain suppressed as illegal) and material was worked up through 2018. La Kaseta’s website says the film “premiered” on the ABC. Their ABC could become the first and only buyer, since the material gets more stale each month.

As for its leftist credentials, La Kaseta’s previous big doco was a prize-winning tear-jerker “To Kyma”, which “reported” how Spain, Italy, Greece etc were being mean to boats full of African illegals. Its protagonists were inspired by the heartbreaking photo of the drowned three-year-old Aylan Kurdi. In fact the boy’s father had paid people-smugglers to get him from his safe home in Turkey to Greece and from there he planned to set off for cheap dentures in Germany.

In the film refugee children are comforted by Palestinian psychiatrist Essam Daod. In promos he rants at Israeli injustices: “What is happening there is a crime against the humanity! Gaza is the biggest prison in the world, almost 100 have been shot and killed just last months in the peaceful demonstration on the border! All the world need to wake up and fast” — and so on.

The Four Corners/La Kaseta piece on fake news had an odd array of talking heads. One was author/journalist John Carlin. The doco didn’t mention he’d been sacked from Spain’s La Pais newspaper in 2017 for “an article highly critical of the Spanish government … regarding the Catalonian independence referendum.” I’m not arguing about Catalonia’s rights and wrongs, only about the ABC’s use of foreign propaganda pieces.

The producers were thrilled to interview an Adam B. Ellick, the New York Times’ director of opinion video. Check out his Twitter feed and you’ll know in an instant where he stands with his two Left feet on the issues of the day he intones,

The Times has a set of standards, processes and verification methods that … enable us to stay committed to things like verification and fact-checking and they are able to prevent us from being susceptible to things we think endanger free press in other countries such as such as bribes, gifts and being compromised by people with a political agenda or a monetary agenda. Then, of course, there is fake news which has been hijacked for political purposes by so many people, including President Trump.” (My emphases)

The doco had no hint of the NYT’s hostility to Trump from the outset, including two years’ use of anonymous sources to drive the Russia-collusion narrative. The following items post-date the doco but are germane to the issue of NYT hypocrisy:

# On August 6 NYT runs a headline about Trump which is neutral: “TRUMP URGES UNITY VS. RACISM”. Its own reporters and Twitter erupt in indignation and force the Times to replace it with an anti-Trump headline, “ASSAILING HATE BUT NOT GUNS”.

# On August 12, in the wake of the headline furore, Executive Editor Dean Baquet lays down editorial policy to staff. Someone records and leaks the pep talk to Slate, which publishes the transcript. Since its heavy investment in the Russia-collusion narrative has failed, Times staff will now swing the narrative to depict Trump and mainstream America as racist, Baquet orders.

# On September 15 The Times runs a “news analysis” piece by two staff reporters who have written a book about the Brett Kavanaugh Supreme Court nomination hearings. They allege on negligible evidence a new sexual assault by Kavanaugh on a woman during his college days. The Times sub-editors delete from the reporters’ already-lame story a crucial admission that the woman herself has no memory of such an assault.

# Concurrently, the two NYT author/reporters fail to report in their NYT’s piece their own book’s revelation that allies of Trump accuser Christine Blasey Ford had threatened to smear and harass Leland Keyser, Ford’s lifelong friend, if she gave her evidence doubting Ford’s story.

This is quite a list of NYT’s anti-Trump fakeries for just over one month. And at the height of these NYT hit jobs the ABC airs the Times’ Mr Ellick prattling about his newspaper’s super-objectivity! He continues that the government should regulate social media companies “so it is not just a free-for-all … they are going to need the government to rope them in …We as a society are going to solve this problem through many different sectors of society but it begins with the government.” His point is a little obscure but his worldview is clear. Other interviewees make similar calls for government control of the online media. Cut to an approving clip of French President Macron saying, “I have decided we are going to change our legal arsenal to protect democratic life from fake news.”

In what could be satire but isn’t, the show features (from 20 months ago) a Madeleine de Cock Buning who is chair of the European Commission’s 39-member High Level Group Against Disinformation.[4] She makes a stirring call at an EC gabfest for “formal agreed steps to provide Europe’s citizens with trustworthy information and to make them better equipped to navigate in the online environment.” This looks like Big Brother (correction, Big Sister) promoting truthspeak. Another prominent talking head in the doco is a fact-checking professional Clare Jiminez Cruz, who we are not told is actually on the same EC “truth” group.

Helen Margetts, billed as former director of the Oxford Internet Institute, likewise wants “to restrict the kind of pathologies – the hate speech, the misinformation that are part of success of people like Trump or the new Brazilian president.” (Cut to US troops cheering Trump, immediately followed by spooky music and vision of Spanish riot police bashing Catalans).

The doco does have a lone dissenter from the sought-after government control, a Freedom House spokesman warning of the obvious risks.

But then was cited Dr Claire Wardle, founder of Harvard University’s First Draft News, and a 2018 visitor to bringing her perspectives to the University of Tasmania. In the Four Corners doco she brackets Trump and Brazil’s Bolsanaro with the Philippines’ nasty president Rodrigo Duterte — all undermining mainstream media, she says. She claims fake news “is the biggest crisis we face as humankind because it is dividing us and as we get divided we get to a point where democracy is no longer functioning…” Beyond her weird hyperbole, she seems to dislike diverse views, which is today’s typical stance of a liberal academic.

Fake news from the Left? No such thing exists, ABC viewers must conclude from the doco.

So who foisted this masterpiece of mendacity on us taxpayers? Roll the end-credits and it looks like Sally Neighbour, Four Corners executive producer, claims responsibility. Good job, Sally!

[1] On QandA last Monday there was a similar fixation with Assange. He’s a bit of an ABC hero.

[4] My, thirty-nine appointees is a big make-work group, even by EC funding standards.

A Digression On Titles