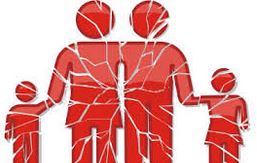 A note from Quadrant contributor Harry Gelber, who was moved to comment on Simon P. Kennedy’s essay, The Destruction of the Family:

Simon Kennedy’s thoughtful article on the ‘Destruction of the Family” compels conclusions that go – and indeed are going at this very moment – much further than the issues of family cohesion, child raising and the moral rules that have for many centuries underpinned European society. They profoundly affect the relations of Western societies as a whole with one another and promise (or threaten) the composition and identity of most of them.

There is little dispute about the evident failure of many Western societies, including the United States and Australia, but perhaps especially the members of the European Union, to cultivate reproduction rates sufficient to keep the number of their citizens level. Whereas the reproduction rate required to keep those numbers level is well-known to be around 2.1 children for every child-bearing woman, the reproduction rate in many (most?) members of the EU has been, and continues to be, in the region of 1.4-1.7. While numbers have increased in some places such as the USA, that has been very largely due not to birth-rates (let alone marriage-rates heavily undermined by the feminist insistence that women should have careers in parity with their men, whether married or not) but to population movements across borders. The eleven million illegal immigrants in the US are a case in point.

A very similar but more dramatic event is occurring at this very moment in Germany, where up to 1.5 million refugee migrants from the Islamic world are being welcomed by both the Government and large segments of the population. That welcome is at least partly based on Germany’s large and growing shortage of skilled workers for German industries. Similar attempts at large-scale absorption of people who are foreigners in culture, religion, habits, language and laws can be seen in France, which has more or less absorbed some 7-8 million Muslims, mostly from North Africa.

It is far from clear whether, and if so how, the fundamentally Christian societies in France or Germany, whether Calvinist or Roman Catholic, can absorb many millions of Middle Eastern refugees who come with entirely different social and cultural expectations and wishes, and more and more of whom want to live under a Sharia law that leaves no room whatever for the usages or heritage of Europe, let alone establishes European practises in matters of marriage and family formation.

Now released from Quadrant‘s paywall, Kennedy’s essay can be read in full via the link below.