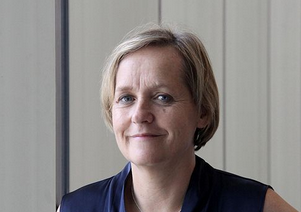 Even more pleased with herself than usual

With the High Court poised to unveil its decision on Cardinal George Pell’s appeal, it was always a short-odds bet an unprincipled, devious, dishonest and agenda-driven ABC would provide a coda to its years of orchestrated character assassination. Last night, in her usual breathless style, reporter Sarah Ferguson delivered. There is much to criticise about the show, chiefly its omissions, but one thing in particular should be noted about the tale of horrors elicited from former Ballarat orphanage charge Peter Clarke. For those who missed the latest job lot of slanders, Mr Clarke told Ms Ferguson that the George Pell of 40 years ago somehow probed his anus through his bathers.

Unlikely? Impractical? Impossible? In order to avoid applying the imagination to the unlikely mechanics of such an intrusive exercise, why not turn instead to the Ballarat Courier  of October 5, 2005, when Mr Clarke was interviewed about his  artistic efforts?

Mr Clarke said he loved growing up in the boy’s orphanage.

“There was always a new boy and you’d be saying “oh who’s that.”

Mr Clarke spent 18 years at the orphanage, but his toughest time was when he was released.

Journalism, as they say, is history on the run. At the ABC it’s knowing what to leave out.

Out in the cold