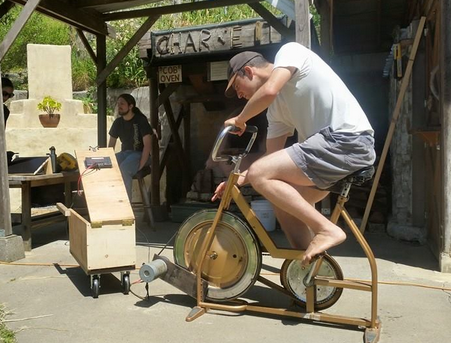 The future: 12 volts of clean energy on demand

Dig a hole in Australia and you’ll likely find coal or gas. Okay, that’s an exaggeration, but not by much. Alan Moran shakes his head in despair at the lunacy of pricing such a huge advantage out of the market with subsidised and unreliable green “energy”:

The hypocrisy and self-serving … Today we saw the release of wind farmer Infogen’s annual report.   Reported revenue is $200 million this year. $120 million of this is subsidies and much of the rest boosted by subsidy-forced plant closures. Directors paid themselves $11.2 million in 2017.

And the Clean Energy Finance Corporation annual report  out today illustrates the degree of wasteful malinvestments the taxpayer is shouldering in this nefarious body’s activities.

In the 12 months to June 2018, new commitments were $2.3 billion ($1.1 billion in renewable energy).  At 30 June 2018, total CEFC investment commitments since inception exceeded $6.6 billion. In five years of investing, CEFC commitments have now contributed to clean energy projects Australia-wide, with a total project value of $19 billion.  Not only a waste of resources but negative value as the program is undermining the electricity that can be commercially supplied at one third that which renewables get.

Go with the flow

Fair is foul at Fairfax