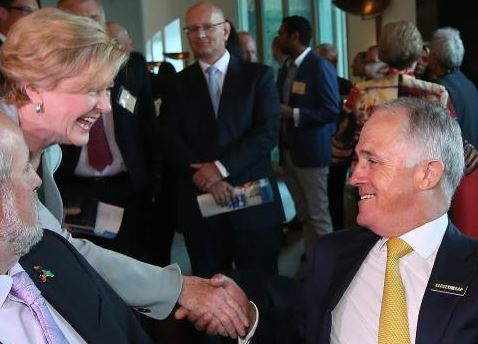 Poor Bill Leak didn’t live to see it, but Gillian Triggs is finally gone from the Human Rights Commission, leaving as her legacy a record of, well, often curious awards and edicts. From the HRC’s online case summaries, there is this:

The complainant is in her fifties and of Indian Fijian background. She had been employed as an executive assistant with the respondent community organisation and claimed her manager sexually harassed her, including by referring to her breasts as “big tits” and “nice pears” and putting his hand on his crotch and making thrusting gestures.  She also claimed her manager talked about finding her a boyfriend if he was under 60 and said ‘Indian food looks like vomit’. The complainant said she resigned because of her manager’s behaviour.

The organisation claimed the complainant never made a formal complaint against her manager, despite being aware of relevant grievance policies and processes.

The complaint was resolved with an agreement that the organisation pay the complainant $15,000, provide her with a Statement of Service and write to her expressing regret for the events giving rise to the complaint.

One gathers the complainant provided no supporting witnesses or evidence, while her employer noted that internal avenues she might have pursued to seek redress were not explored.

On the strength of that accusation and despite the employer’s denials, the complainant left the HRC with the tidy sum of $15,000. Why is it that those students who paid $5000 apiece to make the Queensland University of Technology’s Cindy Prior and her HRC abetters go away spring immediately to mind?

To see what the HRC gets up to (other than harassing cartoonists) logs of complaints and resolutions are posted online. Even the most cursory reading will identify a definite pattern and sequence: First the complaint. Then the denial of that complaint, to no avail. After that, the money shot.

The link below leads to a series of cases in which convicted criminals turned to the HRC for relief, and mostly obtained it, after being denied employment or fired, often after being found to have concealed miscreant pasts.  All the different topics of complaint can be viewed here. The most recent, those pursued under Ms Triggs’ stewardship of the HRC, are referenced in a series of links at the foot of the page.