Their ABC, but not so much 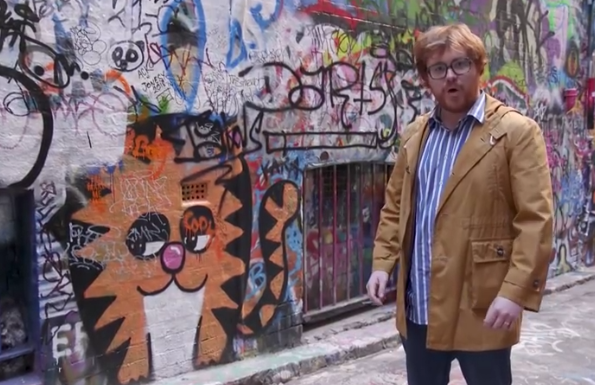 It would be fair to say that Quadrant Online has been no great fan of the ABC, but even a broken clock is right every now and then and last night (September 4) was one of those rare moments. Actually, two rare moments — the first being James McCann’s thoughts on modern art and Melbourne, which went to air on Tonightly. That’s a still from his report above, with the full segment available for watching via this link.

Don’t miss it. James covered last year’s Melbourne Writers Festival for Quadrant and his report is both hilarious and one of the most incisive field studies of luvviedom in full nodding-head mode.

More than somewhat staggered that Tonightly had actually managed to air five witty minutes’ of content without a heavy salting of gratuitous obscenity, astonishment galloped off the chart when 4 Corners began. There was Sarah Ferguson interviewing Steve Bannon and, unlike her laughable recent two-parter on Donald Trump’s “collusion” with Vladimir Putin, doing nothing to put herself between interview subject and facts. For the most part she simply let Bannon talk — an approach hubby Tony Jones would do well to remember when his instinct to interrupt conservative Q&A guests approaches the overpowering, which is to say always.

Readers who endured that earlier 4 Corners compilation of unsubstantiated accusation and inference against the US President will particularly enjoy the two minutes that begin at the 12-minute mark, when Bannon discusses the part played by Alexander Downer in what has become increasingly hard to deny as anything but a Deep State conspiracy against a president it didn’t want, doesn’t like and is determined to see gone.

Ms Ferguson, whose earlier forays into this topic were an omission-riddled rehash of Clintonian talking points, moves the conversation along with an urgent briskness when Bannon mentions Operation Crossfire Hurricane. Not that her sudden interest in other topics came as a surprise. While the ABC has dwelt at interminable length on the “collusion” angle, the attention given to apparent corruption at the highest levels of the US intelligence establishment has been scant. Indeed, an ABC website search on “Crossfire Hurricane” lists the top result as an item about a Rolling Stones song.

Bannon’s interview can be watched in full via this link or the one below.