All the spin that’s fit to print 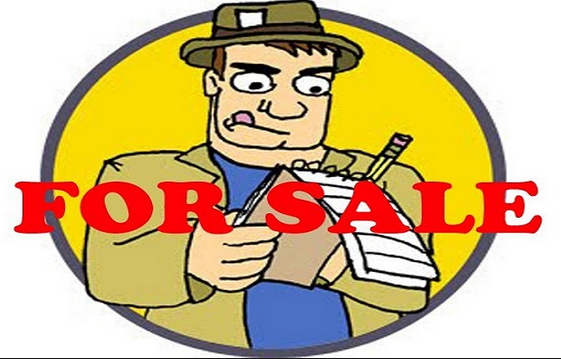 The American journalist I.F. Stone was an irredeemable leftist and, quite likely, one of Moscow’s Cold War “assets”, but his critical observations about Fourth Estate colleagues — their eagerness to trade spin and service for leaks and insider access, for starters — echoes through the Russiagate faux scandal so energetically promoted by Donald Trump’s enemies. In The Tablet, a proudly progressive Jewish online journal based in New York, essayist Lee Smith applies much the same stern eye to journalists who have floated the myriad aspects of the accusation that the current US President is the bought-and-paid-for tool of Vladimir Putin. The New Yorker‘s Adam Entous in particular draws his ire:

Adam Entous, then of The Wall Street Journal, wrote in a December 2015 article, “the National Security Agency’s targeting of Israeli leaders and officials also swept up the contents of some of their private conversations with U.S. lawmakers and American-Jewish groups.”

Obama administration officials had leaked the story to Entous in order to shape its reception. After all, the real news was pretty bad—Obama had spied on Americans and the Americans he spied on, Congress and Jewish community leaders, knew it.

But in Entous’ account, it was only by accident that the National Security Agency had listened in on Americans opposed to the Iran deal, opponents whose communications had simply been “swept up.” While Entous’ evident lack of scepticism about that account was hardly good reporting, it was perfectly in keeping with the maxim of not biting the hand that feeds you.

Fast forward to Russiagate, with Entous and many others, as Lee sees it, continuing to make themselves useful agents of those who feed them tidbits:

The same process of weaponizing foreign-intelligence collection for domestic political purposes that the Obama administration road-tested during the Iran-deal fight was used to manufacture Russiagate and get it to market. Except instead of keeping a close hold of the identities of those swept up during “incidental collection” of U.S. persons, departing Obama White House officials leaked the names to friendly reporters.

The entire essay can be read via this link or the one below. And remember, when it comes to promoting false narratives, the only difference between the lowing herds of Canberra’s journalists and their US counterparts is their accents.