Shock! Horror!
Perrottet is a Catholic

As the dust settles after Gladys Berejiklian’s resignation and what is reported to be the imminent elevation of Dominic Perrottet to the post of NSW premier, Australia’s newsroom hacks thought they heard the faint tinkle of sanctus bells and made like Pavlov’s dogs, slobbering hints and imputations about the danger of having a leader who is not only a Catholic but a conservative Catholic to boot.

And put the boot in they surely did and will, Catholicism being, as Tony Abbot found and William F. Buckley observed, the last socially acceptable target for prejudice. Predictably, Their ABC immediately centred the papist premier-to-be in its crosshairs, even dragging in Perrottet’s school years:

…as a child he attended the Roman Catholic school Redfield College in Dural, which is run by Opus Dei priests.

The Opus Dei sect has been tied to secretive dealings, along with aggressive recruitment methods and accusations of elitism and misogyny.

And the ABC has plenty of company: 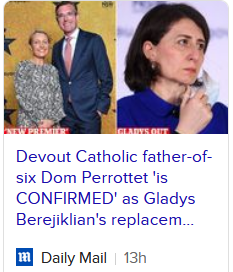 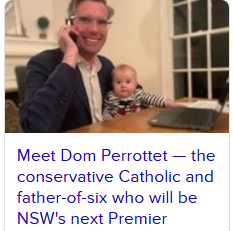 At the Sydney Morning Herald, where the hacks await official confirmation of the rumour circulating in both Sydney and Melbourne that contracts aren’t being renewed because the Nine rags will soon publish only on weekends, the effort appears focused on demonstrating they can spot a Romanist peril at 60 paces and are thus worthy of being picked up by the ABC:

One senior moderate said: “Perhaps unfairly, Dom is seen as part of that ultra-conservative religious right-wing who has very strong social views on issues most of us simply do not get. He isn’t actually like that, but he can’t shake that perception.”

There’s really no rational explanation for the media’s open loathing of Catholics (or its resolute silence in regard to another creed’s problematic adherence to belief and tradition), so leave it to SMH doodler Cathy Wilcox, who several years ago captured the required attitude in a few strokes. 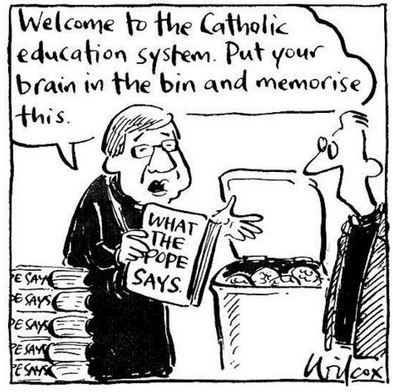 There is more on this topic at The Spectator