The right kind of wife-beaters 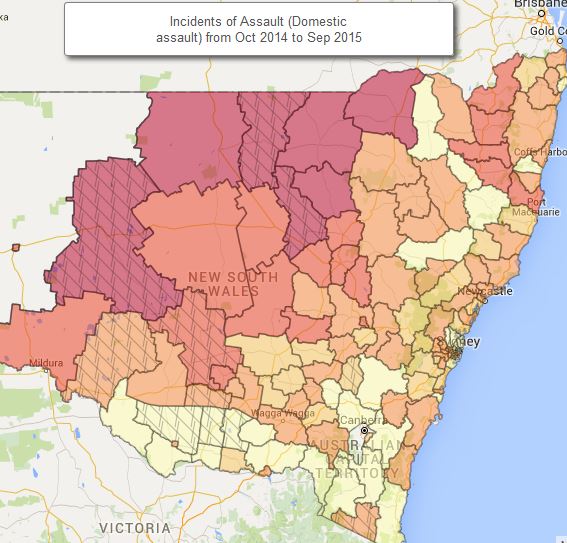 Reader Tati Sofaris, who watches a lot of TV,  writes:

At first I thought I might have gained the gift of clairvoyance, then realised that I’m just getting old and know, just know, how some things will pan out. I’m talking here about Rosie Batty’s trip to Sweden tonight for the ABC’s Foreign Correspondent to report on domestic violence. Why the ABC needs to go all the way to Scandinavia when she could have gone to Walgett is beyond me? Too much money in Mark Scott’s cultural war chest, I suppose, and always the big agenda. Sorry, make that The Big Agenda.

Rosie has gone off the boil since being replaced as Australian of The Year and the caravan has moved on from domestic violence, which was last year’s flavour of the month. Just lately transsexualism is the marquee cause, and we’ve also had bulk deliveries of outrage at Cardinal Pell. So someone at the ABC — someone who cares about Rosie’s political prospects, most likely — must have decided to get her back in the spotlight, no matter what the cost. There must be pre-selections coming up, so the timing is perfect to earn her a tap on the shoulder.

As for Sweden, it’s really obvious! They’re blonde, white and blue-eyed, and I guarantee they are the only sort of wife beaters/rapists/abusive men we’ll see on camera tonight. There won’t be even a fleeting reference to asylum seekers, the New Year’s Eve sex attacks or Islamic misogyny. The Aryan complexion fits the brief that men, all men, are the problem and white Western men most of all. That’s why Rosie isn’t going to Walgett. Who wants to hear any more about Indigenous bashers? All that squalor and bruising and abused kids would only remind ABC viewers of how much some people have telegraphed their virtue with other people’s money and entire generations’ misery. I’d go to Sweden to get away from that as well.

So here’s my prediction: What we will see tonight will be a campaign spot for Rosie’s entry into politics. It will be highly selective in the kind of perpetrators it presents. And while I don’t think they will go so far as to equip Rosie with a digitally enhanced halo, viewers will be left with a definite impression of sainthood.

Oh, and here is a bonus bet: I’ll bet she talks to at least one “leading Swedish feminist” who is also a “refugee advocate”. If I wasn’t liquidating my super to get it safe under the mattress before Malcolm Taxbull can grab it, I’d bet the whole lot on that proposition.

We’ll soon know if Ms Sofaris’ prophecies are fulfilled. If they are, Quadrant Online might have a new TV reviewer. Follow the link at the foot of this post to see some of Batty’s pre-show publicity.

And that map above? It reflects the incidence of domestic violence across NSW, with the darker areas being the worst locales. As the great purple blob in the west represents 1200 reports per 100,000 population — five times what it is in parts of Sydney — no wonder a trip to Sweden seemed just the shot.

The love that won’t shut up