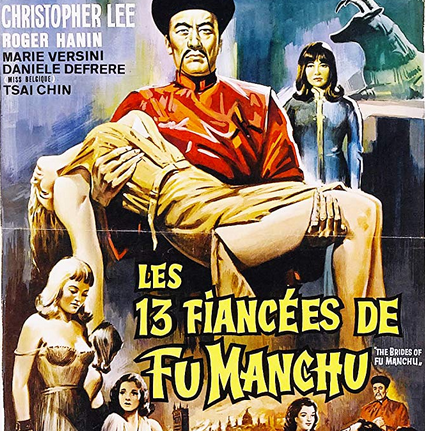 Readers who enjoy a good Christmas song might have followed the recent kerfuffle about Baby, It’s Cold Outside, which set angry feminists (is there any other sort?) to complaining that it is an endorsement of date rape and the drugging of innocent women. They complained and, as is the way of the world these days, various US radio stations immediately scratched a fine and witty number from their playlists. This was a noteworthy development, although not for the alacrity with which managers responded to the joyless whines of a few neo-wowsers. That’s a given in this age of the social media pile-on. Rather, it signified the democratisation of preconceptions and stereotypes. Once, and not so long ago, it was only Chinese villains who were depicted as the drug-dispensing ravagers of feminine virtue, as above.

The good news is that the #metoo harpies lost this one, as popular protests and no small amount of ridicule have seen Frank Loesser’s classic restored to some playlists. The ban also sent Mark Steyn to his keyboard, where he writes

Mark’s extended thoughts on the rape anthem-that-isn’t can be read here.

Everyone has their favourite version, of which scores have been recorded. For Quadrant Online’s money, Bette Midler and James Caan did it best in For The Boys. Sadly, the song didn’t make it into the final cut but does appear on the movie’s soundtrack album.