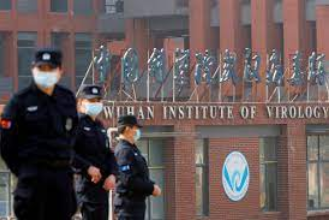 In the piece to the left on our homepage, Augusto Zimmermann mentions in passing how the theory COVID-19 escaped from that Wuhan lab is gaining credibility and currency. This will come as no surprise to many with the wit to have made an educated assumption at the time: mystery virus emerges almost within walking distance of a CCP lab with a specialty in playing around with mystery viruses, therefore the lab is the most likely source. Donald Trump thought likewise and said as much, which perhaps explains why The Age and SMH last year attempted to protect their remaining readers’ minds from the unsettling thought that Trump might be right about something (emphasis added):

This story of a virus built in a lab is one of the most popular out there, but perhaps the most easily debunked. The new strain’s genome has now been studied by thousands of scientists around the world. They’ve already found a close match in a bat virus discovered in 2013, and say this new strain can only have evolved in nature – it’s too good to be a cut-and-paste job, and it would make a pretty poor weapon because it is highly contagious (and so uncontrollable) but not as deadly as other pathogens.

A few paragraphs later, the article’s three authors get to the nub of their unwillingness to acknowledge the obvious:

President Donald Trump has said he is confident the Wuhan lab was connected to the outbreak, using public White House briefings on the coronavirus crisis to amplify the theory, but has not presented any evidence. US intelligence agencies have already concluded the virus was “not man-made or genetically modified” and have said they are still looking into speculation the virus may have been accidentally released by the lab.

The labours of three bylined writers were required to pull together that compilation of ‘everyone knows’ assertions, including what one assumes were the best efforts of the foreign editor.

Just imagine how much more “quality journalism” would today be on the record had those papers assigned five or six journalists to the task of explaining why Trump is, must be, always wrong.