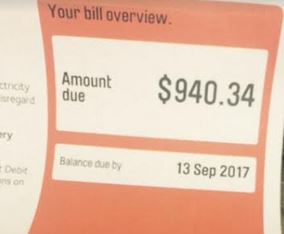 Funny things those polls, especially when they come in blocks of thirty. They can imply one thing at one time and, according to the very same examiner of their entrails, quite another just a few years later.

“The Turnbull challenge was not driven by policy — it was about polls, loss of faith in Abbott, failure to engage on the economy and the poor functioning of government.”

“Here is the conundrum — the Liberals, after the symbolic 30th Newspoll, cannot remove Turnbull yet they cannot accept him.”

See, in 2015 the poor polling that prompted Mr Turnbull to strike before the more telling poll of the Canning byelection was a palpable commentary on Tony Abbott’s poor leadership and shortcomings, not least a divided and “poor functioning government”. With all those same factional, practical and philosophical divisions yet prevailing, just as Kelly details, the current Prime Minister’s thirtieth failing grade is merely “symbolic”. Therefore

“It is ludicrous to pretend the government would emerge in a better position after the bitter political assassination of Turnbull.”

What’s not “symbolic” is a recent quarterly power bill received at Quadrant‘s Melbourne office and reproduced above: $940.34.

It’s a sum that, as Kelly might put it, cannot be “accepted” and yet must be endured, as the Prime Minister is entirely disinclined to “engage” with any who would do something to lower the bills of every Australian being robbed blind by this government’s resolute endorsement of green idiocy and the rent-seeking shakedown artists making out like bandits at the expense of the nation’s wealth and future.

But, according to Kelly, the Liberals “cannot remove Turnbull”. With Julie Bishop, Scott Morrison and Peter Dutton signalling in various coy ways their willingness to serve, the columnist might have a surprise in store.

Kelly’s column can be read via this link or the one below.