The ‘matter’ of conservatives 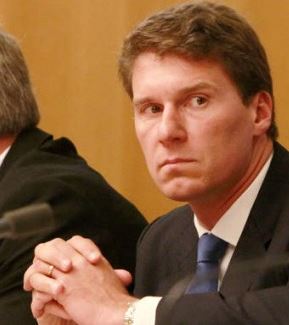 At the time Malcolm Turnbull’s destiny was fulfilled and he ascended to the prime ministership, Liberal pollster Mark Textor shrugged off what very clearly and very quickly manifested itself as conservative ire at the ouster of the nation’s elected leader. Any backlash prompted by Abbott’s knifing, he opined, was sure to be outweighed by the appeal to swinging voters of a more moderate party.

“The qualitative evidence is they don’t matter,” he said of conservatives. “The sum of a more centrist approach outweighs any alleged marginal loss of so-called base voters.”

Well, that was the theory.

Today we learn that Cory Bernardi (above) has laid the foundation for the possible launch of Australian Conservatives, a move which can only be taken as signalling that Turnbull faces opposition not only from across the chamber but within his own, increasingly divided party and government. Such a move, as Textor might be reluctant to put it, would certainly seem “to matter”. As students of the polls will have noted, the “qualitative evidence” is that our latest PM is no longer the hot, long-term attraction backers of his coup imagined. In the Victorian seat of Corrangamite, for example, Liberal Sarah Henderson went out of her way to welcome the soon-to-be Liberal leader at the railway station when he took the train from Melbourne to Geelong in a patently obvious move to embarrass both Bronwyn Bishop and Abbott, who was rejecting calls that the then-Speaker resign for living large on the public purse. How must Ms Henderson feel today? Indeed, what thoughts must occupy Ms Bishop’s mind, as she went on to back the very man who humiliated her and now finds herself in an up-hill battle for preselection?

Still, Textor’s view has some supporters, give him that. In a comment posted below Tony Abbott’s defence of his approach to national security, Quadrant reader Padraic writes:

Whilst I agree with everything said in the article, one has to question its timing and like many conservative supporters of the Government (irrespective of who’s PM)I am hugely appreciative of what Tony Abbot achieved. But could not this type of article (like the latest reported contribution to the debate from Senator Bernardi) have waited until after the election when you have three years ahead of you for internal disagreements? It is going to give ammo to the biased elements of the media who back the Greens and the ALP.

While such sentiments surely burnish Textor’s appraisal of his acumen and insight, he and his master must be by now a trifle concerned that they are rather thin on the ground. Commenter Padraic fears Abbott is giving aid and comfort to the enemy. But, as Bernardi’s move suggests, others see no difference between the enemy without and what they regard as the enemy not merely within but atop the Coalition.

The Guardian‘s Lenore Taylor, a creature whose opinions Textor perhaps still hopes reflect a greater electoral weight than those of conservatives, examines Bernardi’s move (and much other grim news) in the report available via the link below. The pollster will draw slight comfort from her words.

A ‘strine note
in Beijing’s choir