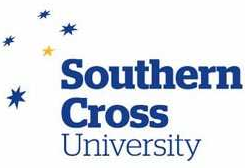 Back in 2009, Southern Cross University’s Nicole Rogers, a founder of its law school, thought deeply about climate change and what society might be forced to accept as the mercury soars. Her paper, Law and liberty in a time of climate change, came to this conclusion (emphasis added):

I have argued that taking effective action on climate change will impinge upon fundamental freedoms and possibly threaten the rule of law. It may alter the shape and functioning of our democratic institutions. It may require strong, even authoritarian, leadership, rationing and considerable sacrifice. There is, however, no easy way to avoid this.

We have been warned by a large number of the world’s most eminent scientists that failing to act, or negotiating only tokenistic emission cuts, will inevitably lead to runaway climate change. A war on climate change may be unpalatable and unacceptable for climate change sceptics, industry, and liberal thinkers but the alternative is much, much worse. It seems highly probable that unless we conduct an effective war on climate change, we will end up at war with each other on an increasingly uninhabitable planet, protecting our borders from a constant influx of desperate refugees while grappling with drought, famine, fires and floods.

And in such a world, in the worst of possible futures, rhetoric about human rights and the rule of law will have little relevance.

A decade later, that yen for green jackboots has not been fulfilled, but love of Gaia remains strong amongst SCU’s leaders. While googling information on the university’s pro-active climateering, a post on a warmist thread came to light which lauded Vice-Chancellor Adam Shoemaker‘s latest climate-change alarum. A quick email to the university and the full text, reproduced below, arrived within minutes:

Dear Colleagues
As I write, smoke haze from unseasonably early bushfires around Drake near Tenterfield blankets the sky. Just last week we saw the devastation of Cyclone Dorian, cutting a swathe through the Bahamas and affecting communities as far north as Nova Scotia. Meanwhile, unprecedented floods in Spain are occurring at the same that the Amazon rainforest is still on fire.

The weight of lived and scientific evidence points to the fact that we are facing a global ecological and climate crisis.

For all of these reasons, and together with all members of the executive, we support those participating in the worldwide, global action highlighting and combatting the climate crisis – which takes place on Friday 20 September. As an institution dedicated to freedom of intellectual enquiry (as per our founding Act) we have resolved that any staff member or student who wishes to do so will not be placed at a disadvantage and we will not stand in the way of their attendance. Academic arrangements will be made to cater for any teaching or assessment over that period to ensure that no-one will be adversely impacted.

At the same time, as previously announced, on Friday 27 September we will inaugurate our initial Green Gloves Day – open to all staff, students, and members of the Southern Cross family. It is a tangible example of our voluntary commitment to enhance our beautiful Lismore campus rainforest environment by pruning, removing invasive species of plants, and planting koala-friendly trees in the vicinity of the lake.

If only Ms Rogers’ speculation about the need for “authoritarian leadership” had come to pass, Professor Shoemaker could have ordered staff and students to skip their studies for protesting and planting koala fodder.