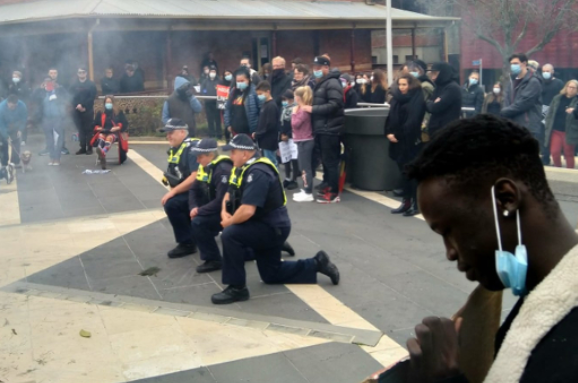 It would be nice to think these members of Victoria Police were kneeling to beg the forgiveness of Cardinal Pell.

But no, they’re genuflecting before the Black Lives Matter protesters — the same activists who, two years ago on ‘Invasion Day’, cheered lustily when organiser Tarneen Onus-Williams expressed her fervent desire to see ‘Australia burned to the ground’.