Smile, You’re Not on a Speed Trap Camera 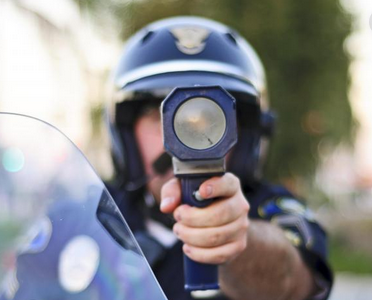 I left you all in Steamboat Springs, Colorado, in my account of my fourth cross-US driving trip.  My wife and I left our home of half a year, San Diego, shot up to the Napa Valley, then headed east through Salt Lake City and meandered on a non-interstate across dinosaur country. By pure chance we’d stopped for the night in this Colorado ski resort, and next morning were snowed in.

It snowed and snowed and then snowed some more. The interstates were closed.  The highways were closed.  With only radial tyres on our girly 2014 Subaru all-wheel-drive we weren’t about to venture out on iced roads, so we opted to make a virtue of necessity and enjoy Steamboat.  We called around and discovered that, although the ski runs were all closed (yes, there can be so much snow that visibility becomes virtually a Stevie Wonder affair), there were big pickup trucks with chains that would drive you up to the natural hot springs that are just up the mountain and only a bit out of town.

Here’s a Jim tip:  If you ever find yourself in Steamboat Springs visit hot spring.  It’s privately owned and the boiling hot water that gurgles up from the ground is channelled into a mountain stream in varying proportions. So you have the 105 degree (F.) pool, the 103 degree (F.) pool, and the 101 degree (F.) pool.  And there’s also a pool of stream water, in other words an ice pool.  My wife and I lounged in the hot pools with masses of snow falling down.  All that was missing was a roaming, baseball stadium-type vendor selling beers.  Magical is what I’d call it.  After a couple of hours of this, the pickup truck guy came to take us back and on the way down we passed at least three cars stuck in the ditch.  Turned out you did need 4WD and chains, plus a  guy behind the wheelo who’d done the drive so many times he could manage it in his sleep.

Next morning we woke up to find the snow had stopped about midnight and all the roads had been ploughed.  So off we set to take on the pass.  Heading east we had to choose one of two passes — the one towards Denver or the one north-east towards Wyoming.  We opted for the latter, mostly because we had never driven Interstate 80 in our three earlier cross-continent trips, and I80 lay that way.  So the Rabbit Ears Pass it was, not much fewer than 10,000 feet.  We had barely driven any distance when we realised there were next to no other cars on the road.  At the apex of the Pass it was minus 25 degrees (C.).  And the drive down the other side was a bit hairy because the road looked more than a little icy.  Still, down the other side we went and were then on back roads up through Wyoming with nary another car, or living being, in sight.  Turns out there’s a reason that Wyoming is the least populated State in the Union.  (And for what it’s worth, the 590,000-odd Wyoming residents get to elect the same number of senators — two — as 38 million Californians.)

After some rather austerely beautiful scenery, including a stop in a seeming ghost town to fill up with gas in minus 23 degress (C.), we hit the Interstate 80 at Laramie, home of the University of Wyoming (and, for NFL fans, the home university of the new quarterback of the Buffalo Bills).

Once you’re on an interstate the driving is – how shall I put this – distinctly civilised. In other words,  un-Australian.  There are no revenue camera cars parked by the roadside, intent on sending you a ticket in the mail, and this, by the way, is also true in Ontario, Canada.  You only get speeding tickets if caught red-handed by a policeman with a radar gun.  And though the stated speed limit is 75 mph, the police in practice don’t start ticketing you until you’re doing 85 mph, some 140 kilometres per hour.

Meanwhile, back in Brisbane with speed cameras everywhere, they will hit you for being three kilometres over the already ridiculously low limits.  Doubly worse, there is basically no hard evidence that Australia has fewer road deaths per kilometre travelled than Canada or the US.  The conclusion, therefore, is either that Australia’s oppressive speed limit/camera regimes have nothing to do with safety but are all about raising funds for the state governments, or that Australians are really, really bad drivers.  It has to be one or the other.  Personally, I think it’s the former.  In Australia’s broken federal system, the High Court has spent the last century screwing the states, the only states/provinces/lander/cantons in the federalist world without income tax power. Yes, I know that in theory it that power remains. But be honest:  for all practical purposes, seven  judges took it away from the states on the ‘one size fits all and must be more efficient’ theory that was at the heart of economic planning in, well, Eastern Germany and Soviet Russia.  Only in this centralist country par excellence could the HCA twist the Constitution into knots to let the Howard government win the Work Choices case or sign off on the egregious Tasmanian Dams case (message in that one: the Feds can basically sign a treaty and give themselves a new head of power, mirabile dictu).

So into that miasma of one-size-fits-all Australian thinking, where the states have been more emasculated than any comparable ones anywhere else on earth, I suppose we can all forgive them using speeding tickets and cameras everywhere to raise revenue.  I just would prefer it if they were honest and open about it rather than trotting out some high echelon bureaucrat cop to drone on about how it’s ‘all about safety and reducing road deaths’.  Reply: It’s not and it doesn’t.  It’s about money.  Otherwise you might as well put the speed limit at 10 kilometres per hour.  That would cut road deaths.  It would indirectly raise deaths all over the place in all sorts of other ways, not least taking us back to medieval times in terms of cross-city travel.  But enough of that obsession of mine.

We were, as I said, back on Interstate 80.  We went through Cheyenne and over into Nebraska, making it all the way to Lincoln before stopping for the night.  Nebraska is the most unusual constitutional state in the Union.  It is the only unicameral state and, with only one or two others, it splits its Electoral College votes proportionally.  That means no presidential candidates ever bother to come as the marginal benefit is zero.  But it is home to Warren Buffet and long-term investing, which is something worth noting.

We passed through the Sage of Omaha’s hometown early the next morning.  Then it was Iowa.  Now Nebraska and Iowa can basically be summed up in one word: flat.  The beautiful scenery of Colorado and Wyoming gives way to vast prairie expanses. That’s Iowa and the western bit of Illinois.  We just powered on, bypassing Chicago to the south until we hit the little town of South Bend, Indiana, where we stopped for the night.

Any readers know why South Bend is better known than it should be?  There are two possible answers.  The longstanding one is that it is the home of America’s most famous Catholic University, Notre Dame.  The next morning my wife and I took a couple of hours to walk around the pretty campus.  Right smack in the middle, beside what some students told us is quaintly referred to as ‘the God Quad’, is a huge 80,000-seat football stadium.  College football, “gridiron” to Aussies, is big in the US. It’s really, really big.  My favourite discovery is that at one end of that stadium, outside its gates facing towards the stadium, is a huge mural of Jesus looking towards the football field with both his hands in the air. This mural is known to all and sundry as ‘Touchdown Jesus’ because his hands have been painted in precisely the way you see football referees put theirs when signally a touchdown.

The harder answer as regards the renown of South Bend is that this smallish college town has as its mayor one Pete Buttigieg, aspirant for the Democratic Party’s nomination for President in November’s coming election.  I’ve said it before I’ll say it again: Mr. Trump will win again.  The impeachment charade has made his probable win even more likely, in my view.  But should The Donald ever get to face “Mayor Pete” it would be a slaughter.  Take that to the bank.  Ditto for Bernie.  Ditto for Fauxcahontas.  Biden is the toughest of the Democrats for Trump to beat because he’s the closest to seeming sane.  But I don’t see even Joe taking out The Don.

At any rate, leaving aside political predictions, after our tour of the University of Notre Dame campus we hopped in the car and headed for Toronto, crossing the border at Sarnia.  Toronto, I should say, is purported to have the worst traffic in North America, having passed even Los Angeles  in the league ladder of woe. Certainly we got to the western outskirts of Toronto about 5pm on the weeknight and took almost three hours to get to Mum’s place in the east of the city.

And that was it — 5,360 kilometres, San Diego to Toronto.  It was our fourth side-to-side trip across the US.  We love it.  I can’t recommend it highly enough.

We Need a Law Against Haitch Speech

On the Trail of Oswald’s Ghost