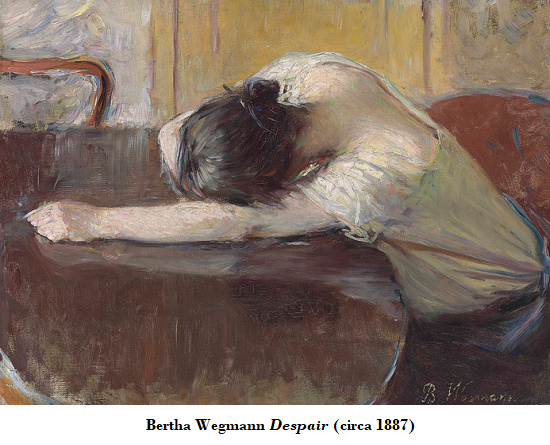 The Victorian government has devised a new solution to mental health problems.  Using legislation under its “State of Emergency”, the police now arrest and fine persons suffering mental health problems who try to make any form of public outcry over their afflictions.  The premier, Daniel Andrews, has set the fine at $1650 per incident.  Keep trying to complain about your depression or mental illness, and the police will fine you again and again.

Shortly after this essay was published, Premier Andrews ended his curfew
and restored the right of anglers to drop a line, but only for two hours a day.
Golfers, however, were not so blessed. For more, read on ….

Victoria’s state capital, Melbourne, has for months been experiencing an unprecedented mental health crisis.  The Lifeline service has handled more telephone calls per day than ever in its entire history.  Suicides in Melbourne are at all-time peak levels.  Other counselling services report a tsunami in callers afflicted by depression and related problems, while social media is awash with escalating incidents of domestic violence and self-harm.

This mental health crisis is the direct outcome of the Victorian government’s heavy-handed strategy to control COVID-19, the toughest in the Western world.  But it seems to have caused more health problems than it is geared to prevent.

It is no exaggeration to say daily life is more tightly controlled in Melbourne than in Pyongyang.  For months now, Melbourne residents have been in effective home detention, most businesses having been forcibly closed by government decree.  Many will never reopen. Apart from the few still employed, residents are permitted to leave their home only for a single hour each day.  As well, the entire metropolitan area has been under nightly curfew from 8.00pm to 5.00am (this was broadened a week back by an hour to 9.00pm to 5.00am).  Any travel apart from that required by employment, is limited to 5 kilometres from home.  Venturing beyond 5 kms incurs a $1650 fine, while those caught outside suburban Melbourne get $5000 fines.

When enjoying their single daily hour outdoors, Melburnians can only either shop or exercise, and there are more restrictions on how and where to do so.  Most shops are shuttered, while certain parks and beaches are closed.  Local authorities have taped off benches and public seating in shopping strips and parklands; and cameras have been installed in some parks to monitor people exercising.  Uniformed police move on anyone who stops walking, sits down, or talks with others, threatening them with $1650 fines or arrest.

It is illegal to stop and talk with others in any public place, even if social distancing is being observed and masks worn.  Talking with someone is classified as a “gathering” and also incurs a fine of $1650 or arrest.  Even in North Korea people are permitted to talk to one another.

After nearly six months of this the Black Dog has truly settled in Melbourne.  The government runs constant advertising in local media advising residents to seek assistance if they have mental health problems or depression, but the cause of the crisis is not lifted. Social media is most revealing, for there has been widespread talk there of making a noise publicly, expressing their hurt, and highlighting the soaring self-harm and suicide rates.

Three attempts to hold a demonstration have been made during the last month.  Far from showing 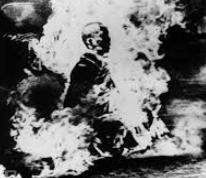 compassion, the Andrews government have treated all as instances of politically-motivated civil disobedience.  Those who have been suffering, the victims of this government instigated mental health crisis, were treated roughly by uniformed police, arrested, and fined.  Their anxious banners (slogans included “Open the Churches”, “We Bleed”, “Stop Suicides”) were confiscated and destroyed.

Watching Victoria’s premier at a recent press conference a memory suddenly sprang to mind.  His blasé dismissal of protestors who were so clearly suffering echoed the demeanour of Madame Nhu, First Lady of South Vietnam during my youth, famous for saying “Power is wonderful, and total power is totally wonderful.”  I found myself recalling Madame Nhu’s smiles when buddhist monks committed suicide by self-immolation, how she dismissively called these needless deaths “buddhist barbeques”.

I watch Melbourne each day and feel profoundly disturbed.  Compassion is dead here.  Life in this city has become a slow suicide.