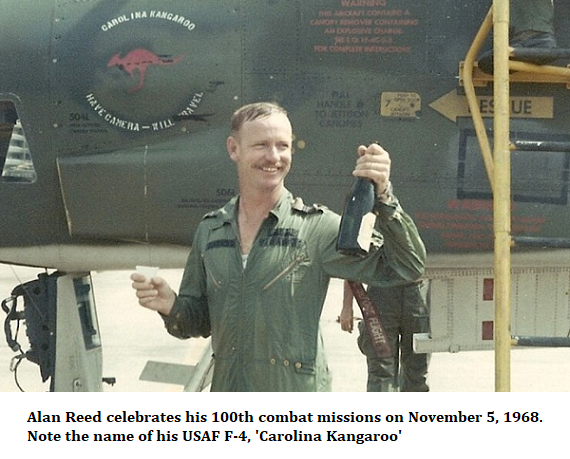 Invited to a War is  Air Vice-Marshal Alan Reed’s memoirs of a 37-year RAAF career, spanning what he calls “a fortunate life”. The war was Vietnam and the “invitation” was from the US government.

Reed, now 87, retired in 1990, but in 1967 he was on exchange and training USAF pilots in Phantom fighter-bomber reconnaissance roles. He felt inadequate without Vietnam experience but the Pentagon couldn’t order a foreign national to go. Hence the “invitation” to which Reed responded, in effect, “Yes, please”.

On his first night bunking down at Tan Son Nhut airbase with his “Blackbirds” group, the Viet Cong sent in a rocket salvo, burning a C130 transport. Kitted with his shoulder-patch “Alone Unarmed and Unafraid”, he was told that over-flying Cambodia was taboo but by omission, it was OK to over-fly North Vietnam and Laos, where the locals were known to skin captured pilots alive.

He did ten “out-country” sorties, winning two Distinguished Flying Crosses. The first was for photographing a surface-to-air missile site under construction and heavily defended. The citation said, “Despite intense and accurate automatic weapons fire and antiaircraft artillery fire, he made multiple passes over his target to ensure complete photographic coverage.” The second DFC was for spotting a Phantom crash site. A total of some 761 Phantoms — US Air Force, Navy and Marines —  were lost during the war. In one loss in Reed’s group, Major General Bob Worley was consumed by fire before he could eject, becoming the only USAF General lost in combat. 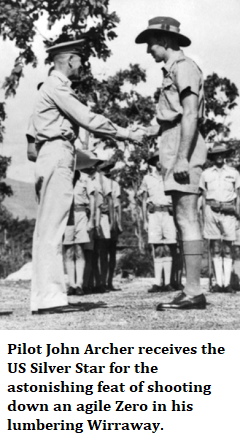 In contrast, Reed was always lucky. He was one of 13 pilots graduating from No 13 Course at Archerfield base, Qld, in 1954. Against the odds, none died in action. Curiously, Reed’s steed was the only Wirraway ever to shoot down a Japanese Zero – by Pilot John Archer above Gona in 1942.

On Good Friday 1955 Reed was rostered second pilot for a Lincoln bomber making a midnight dash from Townsville to Brisbane with a blue baby and nurse. He did the pre-flight checks and strapped in the bassinet, but then was ‘bumped’ by a squadron leader keen to visit Brisbane. Reed declined an offer to sit in the back of the plane. The skipper mistook Toowoomba’s lights for Brisbane and all died in the crash 100ft below the top of Mt Superbus.

Later, flying an F111 at Mach 2.4 or 3000km an hour, an intake vent problem caused an engine to stall and surge. It felt like he’d hit a brick wall, but he was able to regain control. (The F-111’s top speed was Mach 2.5). His nearest-miss, ironically, was in retirement as co-pilot of a Tiger Moth in peaceful Wooloomanata, near Lara, Victoria. The pilot stalled the left wing at 50 feet and Reed grabbed control a second before the plane was about to cartwheel into the dirt. Strangely he’d learnt the “unload to live” manoeuvre flying a Phantom.

His career ranged from command of Australia’s No 6 Phantom squadron to leading our first F-111 squadron at Amberley and high-level staff work. Indeed he signed the RAAF’s final recommendation for F-111s rather than more Phantoms, against spirited opposition from Russell Offices. Later an F-111 pilot sent a recalcitrant deputy secretary an F-111 photo with the bureaucrat’s office window marked with target cross-hairs. F-111 “Pigs” or “Aardvarks” served Australia well from 1973 to 2010. 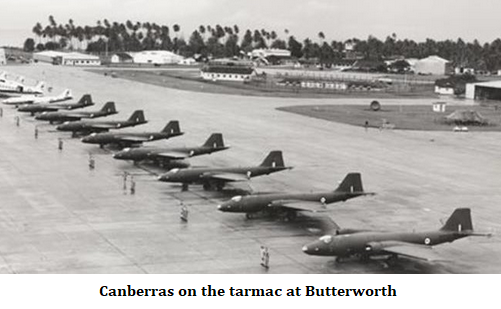 With some trepidation, Reed included in his book his flights photographing Indonesian air bases during “Konfrontasi” in 1959-60. It was also 1960, when Russians caught spy pilot Gary Powers after downing his U2 with a missile the Americans didn’t believe was capable of reaching such a high-flier. The big risk was from contrails alerting MIG15s and 17s. Reed’s role as “Little Reed” was to fly half a mile behind the lead bomber piloted by “Big Read” – Group Captain Charles Read – and alert him with VHF “clicks” to switch altitude if contrails formed.

The pair of intruders avoided Java but inspected bases at islands including Ambon, the Celebes, and Lombok. Reed doesn’t know if they were detected. At the time he was sanitising his logbook with official cover stories about “contrail research” so he’s short on remembered detail. Reed and Read were awarded Queen’s Commendations, without specifics mentioned. Today Reed thinks his memoirs are the first public disclosure. 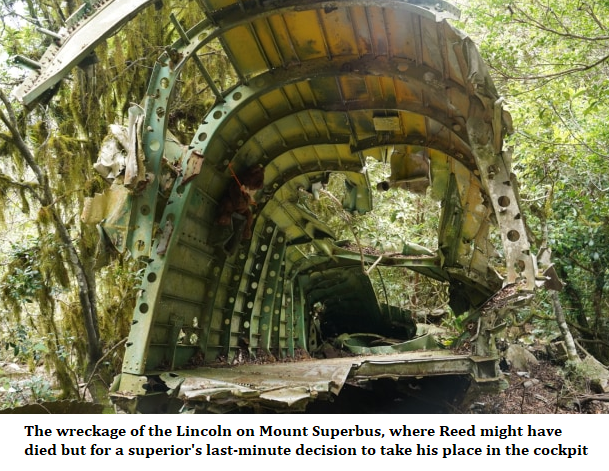 Two years’ later Reed’s flight of five Butterworth-based Canberras had just finished war games with USAF F-100 Super Sabres when the Cuban missile crisis hit. Reed writes that the same F-100 base-buddies were on the tarmac readying for a one-way flight to China with a nuclear weapon apiece.

His Biggles-like yarns are a constant delight. In a 1980 war game, his F-111s’ job was to hit the carriers USS Constellation and HMAS Melbourne before their planes could attack Hawaii. The “Pigs” dealt with HMAS Melbourne but the formidable Constellation, with its 80 interceptors and two Hawkeye early-warning aircraft, was coming in undetected from the north, with more strike-power than the whole Australian Defence Force. When it was spotted, the admiral in Hawaii ordered Reed to attack it with four F-111s – suicidal against the carrier’s radar coverage and F-14 defenders. Weirdly, still without opposition 200 miles from target, the F-111s split up and at 100 feet, surged over the carrier from the four points of the compass at 600 knots. It turned out that one of the carrier’s two Hawkeyes had just landed with a fault, and the second hadn’t yet taken off. Next day, with both Hawkeyes vigilant, Reed was once more coming in at 100ft when a defending F-14 streaked underneath him and pulled up ahead in a victory roll. 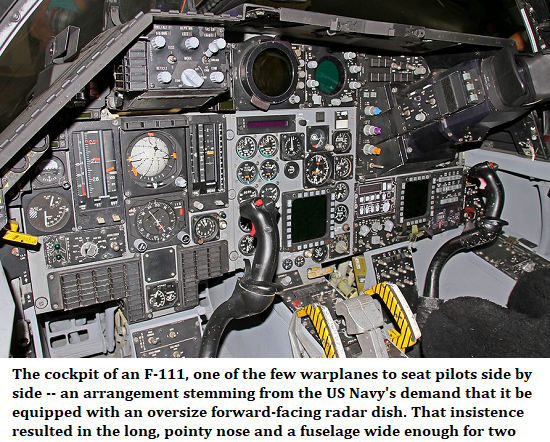 Reed has no embarrassment recounting his early love life – they called the Townsville nurses’ quarters “the bulk store”. With superb candour he relates how he teetered on a third-floor balcony to jemmy the shutters of his irate wife’s locked bedroom at Butterworth. Instead he fell off and broke two arms, one wrist and pelvis, and when just recovered and running Point Cook, got his sound left leg broken playing rugby.

His ultimate embarrassment was in the late 1980s at Laverton, between Melbourne and Geelong, when taking a lady on a joy flight in an antique Tiger Moth. He’d misjudged his fuel, the engine cut out and he glided to a landing in the Werribee sewage farm. They were rescued by old lag with a rowboat. Reed and his PR flacks managed to hide from the curious media that an Air Vice-Marshal was the shitty pilot.