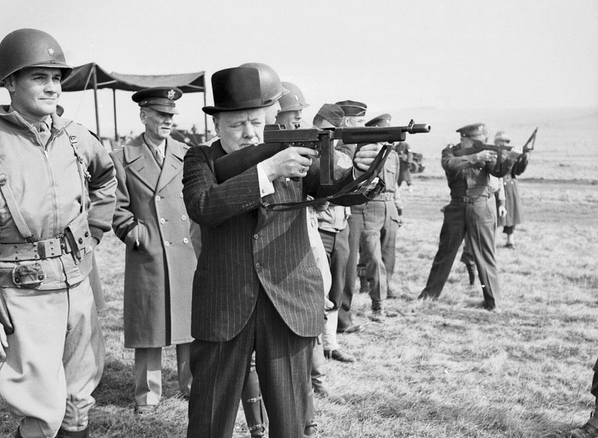 With a constant flow of Churchill books released every year, Roberts manages to bring freshness to a familiar story. However, when it comes to Churchill’s evolving attitudes and policies towards Stalin and the Soviet Union, Roberts is predictably deferential to historical orthodoxy. He concludes his study by asserting that when it came to the three mortal threats posed to Western civilisation, “by Prussian militarists in 1914, the Nazis in the 1930s and 1940s and Soviet Communism after the Second World War, Churchill’s judgement stood far above that of the people who had sneered at his”.

I think the last of these assertions is far too generous. Churchill’s judgment on the Soviet threat was more ambiguous and problematic than his admirers would like to admit. There is ample evidence that his relationship with Stalin consistently exhibited naivety, hypocrisy and denial. As a result, Churchill’s conscience was tormented by the moral compromises he had to make during the war and was depressed by its most enduring legacy: the proliferation of communism in Europe (and later Asia).

This and other observations prompted  David Rees to respond in our January edition. His piece began thus

Adrian Williams used his review of the recent Andrew Roberts book Churchill: Walking with Destiny as a platform to accuse Winston Churchill of “hypocrisy”. It must be a coincidence that the lead article in the December edition was “Casualties of an Age of Character Assassination”.

The battle was joined, and in our April edition Williams returns fire under the headline “Churchill’s Loyal Foot Soldiers“.

Quadrant subscribers will have followed this debate from December’s opening salvo, as they enjoy instant access to all the latest content and archives. All installments — en-garde,  parry and riposte — have now been liberated from our paywall, are available to non-subscribers and can be read in sequence via the links below. Subscribers are invited to join the melee via comments.

A Defence of Churchill, and Andrew Roberts