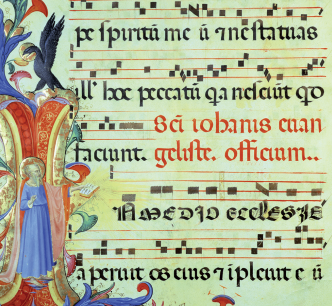 Music tells a story, not in words, but in tones and rhythm that move us along a path to somewhere else. Words also move us from one place to another, and their rhythm and tones can inspire a melody to join them. The story of how a piece of music and an ancient prayer came to be joined links the lives of three people and the experience of exile and rescue.

In March 1940, six months after Britain and France declared war on Nazi Germany, a 23-year-old Englishwoman just graduated from Cambridge University left her family in England, where she had been brought up an Anglican, and began a new life as a Roman Catholic nun in Belgium. Mary Berry[1] had chosen to join the community of Augustinian nuns at Notre-Dame de Jupille, in Liège, a military fortress city just 40 kilometres from the German border.  In 1937 Germany declared it would respect Belgium’s neutrality, and the Belgian government had steered the country on a course of independence from any entanglements with France and Britain. Mary arrived during the ‘phoney war’ when little or nothing happened in the West while Hitler and Stalin carved up Poland between them in the east. 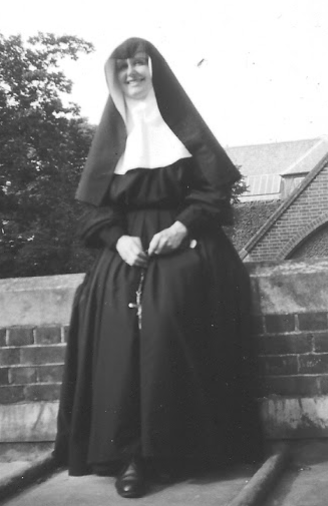 Suddenly, on 10 May 1940, the Germans invaded Belgium. Just 75 German paratroopers disabled the massive fortress of Eben-Emael, only 23 kilometres from Liège. Sixteen days later, Belgium surrendered. Thousands of people fled westwards, clogging the roads, among them Mary Berry (right) and her fellow novices, who somehow m ade it aboard the last train to Paris. Mary’s exile had begun.

Less than a month later, on June 22, France surrendered. Mary and her companions fled again to avoid internment as enemy aliens. First they hid in Dijon, then in Toulouse. One of their group managed to get papers for Portugal through a family connection, so they crossed into Spain and finally reached Lisbon. There, far from their convent, they remained for the rest of the war, working as nurses and teachers.

When peace came, the nuns went home to their mother-house at Jupille, where Mary Berry made her vows as a full member of the order and took the name of Mother Thomas More. Before the war she had spent a year in Paris under the instruction of Nadia Boulanger, a renowned music teacher whose students included Stravinsky, Aaron Copeland and Astor Piazzolla. While in France, Mary became inspired by the musical tradition of the Roman Catholic church, especially the Gregorian chant or plainsong. That music was her great passion and her profound scholarly interest. She later wrote:

What is this thing called ‘Plainsong’? One often also hears it called ‘Plainchant’, or ‘Gregorian Chant’, or simply ‘The Chant’. To put it in a nutshell, the chant is the unique music of Western Christianity and our closet living link with the Church of the first centuries. It has also been said, with truth, to lie at the foundation of all our Western music.[2]

After the war, she travelled between Jupille, Dijon, Paris and Rome, teaching music and English, where she studied and met other scholars.

In 1962, she returned to England to live in one the religious houses in Cambridge, and in 1964 began work for her doctoral degree at the University on The Performance of Plainsong in the Later Middle Ages and the Sixteenth Century. At that time, plainsong was also an integral part of her prayer and worship. However, the second Vatican Council (1962-65) made great changes in the cause of bringing the Church into the modern age, exiling Latin prayers and Latin plainsong. Mary feared the musical form which she loved so much could be lost forever.

In 1971, her academic work and desire to save the music now out of favour prompted her to apply for ‘exclaustration’ — the right to live outside a religious house but yet remain a member of her religious order. Her request was granted, and through this partial withdrawal from the full religious life, she succeeded in setting up the ‘Schola Gregoriana of Cambridge’ where she taught and trained singers of plainsong, organised performances and made recordings. It was her life’s work until her death at 90 in 2008.

During her doctoral studies in 1966, she solved a mystery about a beautiful hymn. She was working in the National Library of France when an assistant drew her attention to a small fifteenth century book that had belonged to French Franciscan nuns. Inside she found the melody of O Come, O Come Emmanuel, though set to very different words, ‘undoubted proof that the melody was known and sung’ more than 500 years ago[3]. Back in 1851, an Anglican clergyman, Rev. Thomas Helmore, had noted that a melody he used in his new hymnal was an old one, ‘from a French Missal, in the National Library, Lisbon’[4]. The Lisbon source was never found, and it was later suggested Helmore had invented the tune himself. Mary Berry proved Helmore innocent and established the melody’s centuries-old provenance.

Stirring spirits were beginning to shake the Church of England out of its lethargic apathy. Almost all vitality was stagnant within its pale, but was now being roused into activity by the earnest devotedness of a body of zealous reformers[5].

The reformers, centred on a group of learned clergy at Oxford University, began publishing essays under the title Tracts for the Times, pamphlets in which they criticised theological liberalism and the plainness of worship and called for the restoration of medieval liturgy, decoration and music into the Church.

They also started to reconsider the relationship of the Church of England to the Roman Catholic Church. They were treading a fine line. England had long excluded Catholics from public life, from public office and from the universities, and it was only in 1829 that Catholics were granted relief from these stringent laws. Anti-Catholic prejudice remained strong. In 1841, the Oxford priest and theologian John Henry Newman stepped over the line when he published Tract 90, arguing that Roman Catholic teaching on the Mass was compatible with the Anglican Thirty-Nine Articles of faith. His opponents were outraged, and Newman had to resign his university appointments and cease preaching, later converting to Catholicism. Other Anglicans followed suit, although many others in the Oxford Movement, including Helmore and Neale, stayed in the Church of England.

Supporters of the Oxford Movement were in a minority in the Church of England, and many senior clerics regarded them as unfit to preach, regarding them as agents of the Vatican. Rev. John Neale (1818-1866), who had publicly expressed his sympathy with the Oxford Movement, was marked down as a suspect. The Bishop of Winchester refused to licence him as a clergyman within his diocese. Ultimately Neale secured a modest post as warden of an almshouse in Sussex which he held until his death. Early in his tenure, he had the almshouse chapel restored, complete with decorations and ornaments that would later be considered quite acceptable. At the time, however, they angered his Bishop, Dr Gilbert of Chichester, who called them ‘frippery’ and ‘spiritual haberdashery’. Dr Gilbert wrote to Neale, formally inhibiting him from officiating as a priest in the diocese.

Exiled from a pastoral role, Neale expressed himself through his writing. He possessed an extraordinary talent for languages, especially Latin and Greek, for poetry and for prose. He published a two-volume History of the Eastern Church (about Orthodoxy) in 1850 and translated Greek Orthodox hymns. in 1860 the Orthodox Metropolitan of Moscow sent him a valuable book, personally inscribed, for his work on Orthodox liturgy. In the US, Trinity College in Connecticut conferred on him the degree of Doctor of Divinity. He published articles and books about liturgy, hymns, history, architecture and decoration. He wrote stories for the young and even leader articles for a few years for the London Morning Chronicle[6].

Helmore, though a clergyman committed to the ideals of the Oxford Movement, was above all a skilled musician. He became the choirmaster first at St Marks College, Chelsea, where he trained the boys to sing unaccompanied services for the school chapel. His reputation grew and he was appointed choirmaster at the Chapel Royal, St James. He did not suffer rejection by his bishop, but was still exposed to public mistrust of the Oxford Movement. In London, Helmore was fortunate to find companions in his campaign to raise the tone of worship, including Samuel Wilberforce, Bishop of Oxford and Dean of Westminster.

Interest was growing in plainsong. Helmore used it to create musical settings for the Anglican Book of Common Prayer. Next, he brought out a book Psalter Noted, which set the Psalms to plainsong, delighting supporters of the Oxford Movement[7], and which was quickly taken up by a number of London churches.

One evening, at a social gathering, the idea came up of asking John Neale to prepare the English translations for a forthcoming book of hymns, including many in Latin. Helmore and friends went down to East Grinstead with the offer. Neale accepted, and later recalled:

Some of the happiest and most instructive hours of my life were spent in the sub-committee…It was my business to lay before them the translations I had prepared, and theirs to correct. The study which this required drew out the beauties of the original in a way which nothing else could have done; and the friendly collisions of various minds elicited ideas which a single translator would in all probability have missed[8].

Among many other hymns, Neale translated O Come, O Come Emmanuel from the Latin Veni, veni Emmanuel. Its words have been traced at least as far back as a German hymnal published in 1710. In turn, that hymn condensed the Latin words of the O Antiphons, chanted in the old Roman Catholic liturgy for Advent. Neale’s first verse reads:

Draw nigh, draw nigh, Emmanuel,
And ransom captive Israel,
That mourns in lonely exile here,
Until the Son of God appear;
Rejoice! rejoice! Emmanuel
Shall be born for thee, O Israel!

His words catch the meaning of the Latin, and also match the rhythm and tones of the melody, a difficult task that Helmore and Neale both understood. If you listen to the hymn, sung so finely in Latin here by the Gesualdo Singers, you will understand how well Neale’s words would fit.

It was thus that the ancient words Neale translated were united with the old melody which Thomas Helmore found and whose genuine antiquity Mary Berry conclusively proved. In the new hymn, both words and music were rescued from obscurity.

The theme of exile and rescue in the hymn was echoed in the lives of Mary Berry, John Neale and Thomas Helmore. All of them had experienced exile and had found rescue in their work. They searched libraries for lost music, they read forgotten books and studied dead languages to bring light and beauty out of the gloom. All of them felt a duty to open a gate for everyone to participate in a richer life of worship. Through that, they believed, we could draw nearer to God and end our own exile, gloom and misery. O Come, O Come Emmanuel is their gift to us.

[2]  Sr Thomas More, Plainchant for Everyone. An Introduction to Plainsong, RSCM Handbook 3 (Croydon, 1979).