Political Marriages That Worked … and Didn’t 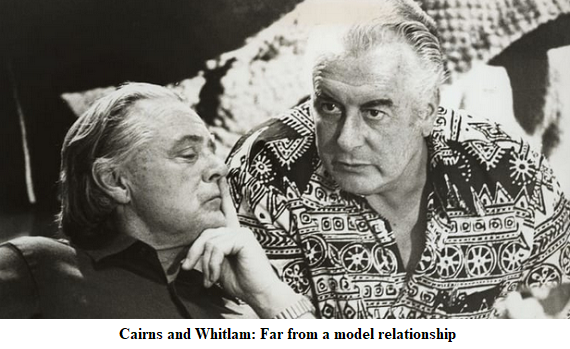 I have only ever made two political predictions. The first concerns Peter Beattie, when he was a beleaguered Labor backbencher in Queensland’s one-house parliament. I then predicted that Beattie would become Premier of the Sunshine State. And so he did, and a long-serving and undefeated premier at that.

However in the May 21 federal election, the Treasurer does face a problem. The high-profile, supposedly independent, candidate Monique Ryan is number 1 on the ballot, while Frydenberg is listed last at number 7. Moreover Dr Ryan’s campaign manager is Rob Baillieu, the well-known son of former “wet” Liberal Victorian premier Ted Baillieu.

But Frydenberg is a popular and fierce opponent campaigning hard to keep the inner-Melbourne electorate in Liberal hands. On April 12 the Ucomm poll had Frydenberg losing Kooyong. This survey of 847 residents found that Ryan held a 59 to 41 per cent two-party preferred lead over Frydenberg. Importantly, what wasn’t disclosed, despite the ABC reporting as much in 2019, is that Ucomm is co-owned by the radical Construction, Forestry, Maritime, Mining & Energy Union (CFMMEU) and the Australian Council of Trade Unions (ACTU)!

Much more reliable polling shows the primary vote of both major parties has fallen, leaving preference deals with independents and minor parties as a potential deciding factor in the upcoming federal election. The exclusive Newspoll conducted for The Australian between April 14 and 17 found support for Labor had fallen to 36 per cent, down one point from a week before, while the Coalition’s primary vote also dropped one point, to 35 per cent.
This translates to a 53-47 two-party-preferred lead for Labor based on preference flows at the last election. If this occurs, it would ensure an ALP government.

But Scott Morrison has proved to be a ferocious campaigner and Frydenberg is possibly the most successful political fundraiser in recent memory. Together they represent the strongest Prime Minister/Treasurer team since Robert Menzies and Harold Holt 60 years ago. The relationship between PM Malcolm Turnbull and then Treasurer Scott Morrison was sometimes tricky, with Turnbull since claiming Morrison most likely played a ‘double game’ during the Liberal Party leadership turmoil that saw Turnbull’s ousting On April 20, 2020, Turnbull also told ABCTV 7.30 that “Morrison is a lifelong political operator and … a control freak.”

The relationship between PM Kevin Rudd and Treasurer Wayne Swan was worse. Former ALP MHR Maxine McKew revealed in her 2012 memoir, Tales From The Political Trenches, how Rudd told her that on the night before Swan decided to “vote for change” and support Julia Gillard in a leadership challenge, he went to Rudd’s office to have a drink and thank him for supporting the mining tax. Rudd said he had no inkling he would not have Swan’s support and was shocked by his decision.

Tensions were many between John Howard and Treasurer Peter Costello. The latter accused Howard of putting his own interests ahead of the Liberal Party’s and suggested that the Prime Minister’s office leaked material aimed at damaging him. In what amounted to an attack on Howard’s trustworthiness and truthfulness, Costello also claimed to be worried about the sustainability of the government’s spending programs, many of which were initiated by the PM. Costello’s comments are cited in John Winston Howard by Wayne Errington and Peter van Onselen, published in 2007.

Relations between PM Bob Hawke and his ambitious treasurer, Paul Keating, and between PM Malcolm Fraser and his treasurer John Howard, were often difficult.

“What does need to be done at the outset,” Bob Hawke told The Guardian 0n January 1, 2016, “is to destroy the myth that has been peddled in some quarters that mine was a period of do-nothing government.” This , Hawke claimed, was “essentially the creation of Paul [Keating] and his acolytes who advanced that proposition as the basis for arguing there was need for a change of leadership.”

In the last years of the Fraser government, treasurer John Howard aligned himself with the “dry” faction. Howard is rightly remembered as a brave politician pushing for deregulation against a controlling and rigid Fraser.

According to The Australian on February 21, 2010, “Fraser is characterised as a conservative farmer at heart, enmeshed with his Country Party (now the Nationals) friends and colleagues, suspicious of banks and big business and determined to resist financial deregulation at all costs.’

The relationship between ALP PM Gough Whitlam and Treasurer Dr Jim Cairns was even worse. Early in 1967 Arthur Calwell retired as Labor leader. An ex-policeman and left-wing ideologue, Cairns contested the leadership but lost to Gough Whitlam. In 1968 Cairns again contested the leadership but lost to Whitlam again.
In December 1974, Whitlam appointed Cairns as treasurer, but relations between the two were fraught with problems. This reached a crescendo when the Loans Affair scandal hit and Cairns was forced to resign from the Whitlam cabinet for misleading parliament.

In comparison to all the above, the relationship between Liberal Party PM Scott Morrison and Treasurer Josh Frydenberg has always been mutually supportive. Despite being tested by bushfires, floods and throughout the COVID pandemic and grave economic difficulties, the two have stayed very close. The lack of animosity between them even applies to their respective political offices and staff, who are known to work well together. If the Coalition is to pull off another surprise election victory, it will in large part be due to the combined efforts of Morrison and Frydenberg.

Ross Fitzgerald AM is Emeritus Professor of History and Politics at Griffith University. His most recent books are a memoir, Fifty Years Sober: An Alcoholic’s Journey,and the Grafton Everest political satires, The Dizzying Heights, and The Lowest Depths, co-authored with Ian McFadyen, all published by Hybrid in Melbourne

17 thoughts on “Political Marriages That Worked … and Didn’t”

Bat-Flu Crazy in the Land of Oz

Abbott’s Return from the Wilderness