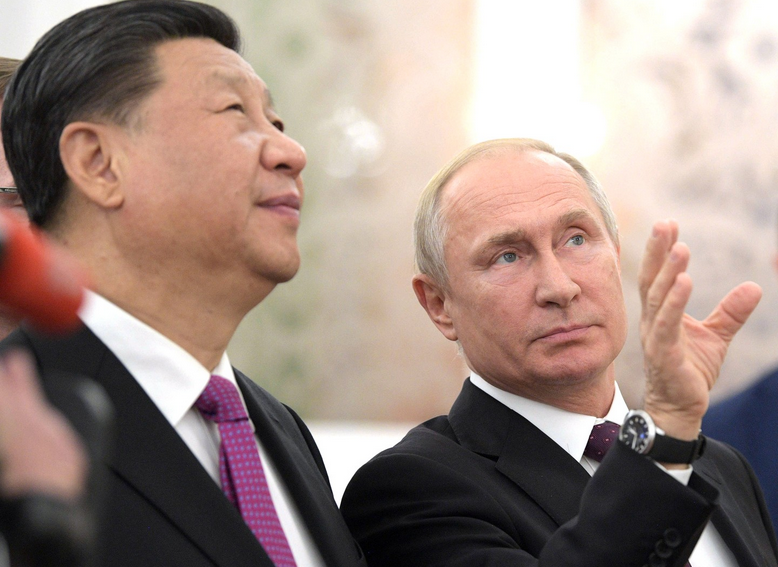 In an intriguing article in the latest edition of the UK online publication The Article, Raymond Keene tries to explain Vladimir Putin’s invasion of Ukraine as the product of a national trait that runs deep within the Russian psyche: an excess of paranoia. This echoes one of the common assumptions in the media today: Putin must have gone mad.

Keene defines paranoia as a suspicion of a non-existent threat and goes on to argue that Putin has succumbed to such an unwarranted ailment: “I doubt that Russia had ever been less threatened than at the start of 2022, with a complacent, underfunded NATO, secure borders and a stranglehold economic grip on European energy supplies.”

As much as I enjoy reading Keene’s columns, I think he is wrong about the connection between Putin’s psychological state and his resort to warfare. A more credible case can be deduced from one of the great works by the Australian historian Geoffrey Blainey, The Causes of War (1973). Although originally written almost fifty years ago, its third, updated edition remains in print today. It is still recommended reading in US military training academies.

The most recent edition, expanded to include discussion about the potential use of nuclear weapons in warfare, was published in 2014, soon after Putin launched his now longstanding war against Ukraine by annexing its entire province of Crimea and seizing control of the eastern Donbas region. At the time, I wrote about Blainey’s take on the origins of the present crisis. His explanation is even more relevant today.

Blainey’s book covers every international war since 1700. It overturns much of the conventional wisdom on the subject, especially the notion that an international balance of power is the best way to prevent war. On the contrary, he argues, the historical record shows that an imbalance—or “a clear preponderance of power” within a distinct hierarchy—is more likely to keep the peace.

The critical factor is one nation’s perception of its power relative to others. The actual distribution of power is less important than how the nations’ leaders perceive it is distributed. “Wars usually begin,” Blainey argues, “when two nations disagree on their relative strength.” Moreover, wars usually come to an end when both sides learn from experience what each other’s true strengths are.

To determine its power relative to a rival, Blainey says, each nation weighs up seven factors: military strength and its deployment; the behaviour of other interested nations; the internal unity of the opponent; memories of previous war; strength of ideology; ability to pay for war; the character of each nation’s decision-makers.

Blainey’s argument not only fits the historical record, but is also a plausible explanation for the dramatic aggression of Putin today. In his case, the perception of power that has mattered most, and which has coincided with the expansion of his actions, was not those of his immediate opponents in Eastern Europe but of the United States during the presidencies of Barack Obama and Joe Biden.

Putin’s aggression has corresponded to widely held perceptions among the Western intelligentsia of America’s reluctance to act as protector of last resort. His actions appear predicated on the belief that not only have the Obama and Biden administrations been reluctant to get involved because of those Presidents’ characters and ideological predilections, but that the United States is unwilling to do so because of its decline, both economically and militarily.

This is a set of assumptions that appear to have also influenced Xi Jinping’s recent pronouncements about Chinese sovereignty over Taiwan and his determination to bring it within the realm of his power. Since the embarrassing disaster of Joe Biden’s desertion of Afghanistan there has been a direct line of increasing Chinese propaganda on this topic.

One of the principal reasons for this Russo-Chinese perception is that, ever since the Global Financial Crisis of 2008, leading Western intellectuals, from both the left and right of the political spectrum, have kept talking about the decline of the United States. At the time, the leftist philosopher at the London School of Economics John Gray declared: “The era of American global leadership is over.” Yale historian Paul Kennedy reprised his earlier best-seller, The Rise and Fall of the Great Powers, where he argued that America was suffering from “imperial overstretch”. He predicted military spending and the consequent increase in federal debt would soon bankrupt the country. The Pax Americana of the post-Soviet era would be economically unsustainable.

Most of these pundits argued that America would lose its position as the world’s richest and most powerful nation to the unstoppable rise of China. Economists at Goldman Sachs predicted that by 2041, when the Chinese economy reached $26 trillion, its economic power would surpass the US. The Nobel economics laureate Robert Fogel of the University of Chicago said this actually underestimated how fast the Chinese economy was growing. By 2040, Fogel said, it would be worth $123 trillion, putting China far ahead as world number one economic and political power.

The conservative Harvard-Stanford economic historian Niall Ferguson was the most pessimistic of all. In 2010, in a lecture in Sydney for the Centre of Independent Studies titled “Empires on the Edge of Chaos: The Nasty Fiscal Arithmetic of Imperial Decline”, Ferguson said America’s fate would be sealed very quickly. Like other great powers of history, it would not decline gradually but would suddenly “fall over a cliff”. The tipping point would come when the costs of servicing government debt exceeded the defence budget, which, Ferguson said, would occur some time within the next five years, that is, by 2015.

Well, 2015 came and went without the US falling off any cliff. Instead, in the following year Americans elected Donald Trump, who succeeded in turning around the economy far more dramatically than his many media and academic detractors had imagined possible. By 2020, the US economy was still well clear of the Chinese. According to World Bank data, in 2020 American nominal GDP was $20.89 trillion, compared to China’s nominal GDP of $14.72 trillion.

Moreover, leftist economists like Fogel had based their predictions on accelerating rates of double-digit Chinese growth. However, this has slowed as the Chinese economy matured from an agricultural base to an industrial one. In the period 1970 to 2019 Chinese GDP growth was consistently above 10 per cent per year. But by early 2022, Premier Li Keqiang quoted official statistics predicting a growth rate of 5.5 per cent, a wishful objective itself.

Supporting the sceptical case is an analysis of Chinese manufacturing by Michael Beckley of Tufts University in Unrivaled: Why America Will Remain the World’s Sole Superpower (2018). Instead of an emerging technology superpower, Beckley writes, China has a dependent economy. Some 90 per cent of its exports are produced for foreign firms using components outsourced by their designers and marketers in America and Europe. Moreover, productivity in the US itself is more than seven times greater than that of China, indicating that Chinese economic growth is not being matched by a commensurate growth in high-tech expertise.

In defence spending, China itself acknowledges its budget is relatively low compared to the United States. Its official position is that it spends around 2 per cent of GDP on defence, compared to more than 3 per cent of the more sizable GDP of the US. The biggest single expenditure in Chinese defence is for the land-based troops of the People’s Liberation Army. According to Beckley, at least 35 per cent of China’s military budget is spent on homeland security operations.

In any military conflict over Taiwan, sea and air power would be decisive. In the past ten years, China has launched two combat-ready aircraft carriers, with a third under construction. The US has twelve nuclear-powered carriers, with two more on order. American carriers and submarines traverse the Seven Seas. China has no military bases outside China, while America’s 115 bases circle the globe.

But doesn’t this support at least one of the propositions of America’s declinists, the theory of imperial overstretch? No, it doesn’t. By historical standards US defence spending is now very low: down from 40 per cent of GDP in the Second World War, to 9 per cent of GDP during the 1960s Vietnam War, to 3.4 per cent today. There is plenty of room for renewed growth.

Hence, if the military adventurers of Russia and China are predicating their exploits on some perception of American decline, they are badly mistaken. The only thing they have got right is their view of the lack of resolve of Barack Obama and Joe Biden, who have been, so far, the most timid American presidents since Jimmy Carter.

Someone should remind them, and the Western intellectuals whose leftist thinking influences them, that Jimmy Carter was succeeded by Ronald Reagan. The American democratic system was not principally designed for warfare, but weak presidents usually beget strong ones, and sooner rather than later.

61 thoughts on “The Causes of War”