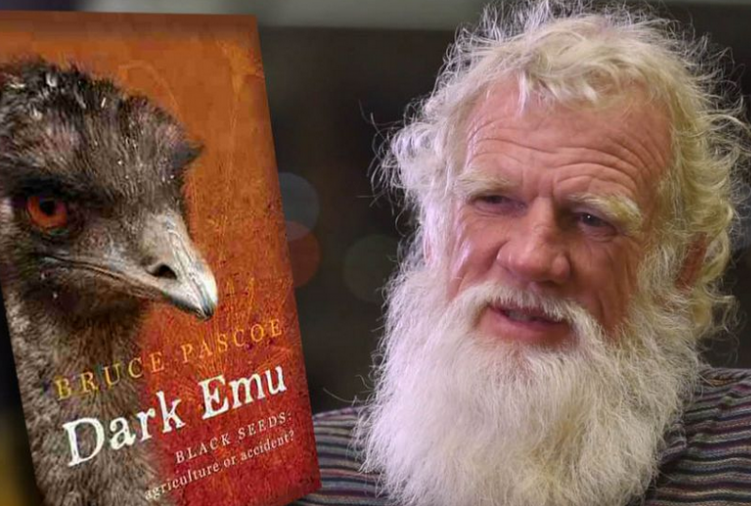 Subsequent to my article being published at Quadrant Online on October 30, two Quadrant readers have alerted me to the fact that my statement that Melbourne University has never had a Bachelor of Education degree is wrong. It offered a degree with that name from 1936 to 1995. Nonetheless, a search of its lists of graduates has not found Bruce Pascoe’s name among them, thus confirming the main point of my original article, which I have amended accordingly. Here is the corrected version:

Although I have research degrees in Australian History — my Masters thesis was published with a foreword by Manning Clark, who had supervised my Honours and Masters theses — I took only a casual interest in the Bruce Pascoe controversies until I learned of his appointment as (salaried) Enterprise Professor in Indigenous Agriculture at Melbourne University. I then investigated his alleged academic qualifications — most notably, the claim that he has a Bachelor of Education degree from Melbourne University.

The Wikipedia article for Pascoe states:

He attended the local state school before completing his secondary education at University High School….Pascoe went on to attend the University of Melbourne, initially studying commerce but then transferring to Melbourne State College. After graduating with a Bachelor of Education, he was posted to a small township near Shepparton [i.e., Numurkah — C.H.J.]. He later taught at Bairnsdale for nine years.

The bibliographical note accompanying the entry for his papers in the National Library of Australia, some of which papers were provided by Pascoe as late as 2008, states,

Bruce Pascoe was born in Richmond, Victoria, on 11 October 1947. After graduating from Melbourne University with a Bachelor of Education, he taught as a secondary teacher and was a Curriculum Development Officer with the Victorian Education Department.

The ABC site for Q&A, as updated on March 22, 2021, states that Pascoe “was born in Victoria and graduated from Melbourne University with a Bachelor of Education.”

Given Pascoe’s birth date, in the ordinary course of events he should have finished his Year 12 (“Matriculation” as it was then known in Victoria) in 1965.

Pascoe did not, as the Wikipedia entry alleges, attend the Melbourne State College, which was only instituted in August 1972, but attended rather the Secondary Teachers’ College of Victoria, which existed from 1957 to 1971. Of this institution one learns as follows from the site “eMelbourne: the City Past and Present”:

Until the 1950s, most teacher preparation for the small State secondary education system was shared by the Melbourne Teachers’ College and the adjacent University of Melbourne. After 1945 an explosion in demand led to a rapid increase in secondary teacher preparation. | In 1949 the Education Department introduced secondary studentships, which provided a living allowance and free tuition for a university degree and a Diploma of Education, establishing the Secondary Teachers’ Training Centre in 1950 to administer these allowances and provide tutorial assistance … The centre expanded rapidly and in 1953 became the Secondary Teachers’ College, which in 1957 commenced its own three-year Trained Secondary Teachers Certificate (TSTC), for studentship holders who had failed at university.

In 1960 the Secondary Teachers’ College began admitting students straight from school; however, if there is any truth in the Wikipedia claim that Pascoe “transferred” to the College after beginning a Bachelor of Commerce degree at Melbourne University, then he presumably started on the degree on a Victorian Education Department scholarship; failed to complete his first year; then was required by the Department to enrol for a Trained Secondary Teachers Certificate at the College, the alternative being to pay out his scholarship bond and part company with the Department.

Pascoe was at the College in 1970, when filmmaker Ivan Gaal, who began employment with the Victorian Department of Education that year, met him there.

The Victorian Secondary Teachers’ College never issued degrees. Moreover, although Melbourne University offered (but no longer does) a Bachelor of Education degree, prior to the University’s 1978 graduations this degree was exclusively a post-graduate qualification available only to those who already had another degree. Bruce Pascoe’s name does not appear in any of the lists of year-by-year Melbourne University degree and diploma conferrals which until 1986 were published in the University’s annual calendars. In a Canberra Times article of March 26, 1983, in which he features prominently and is much-quoted, Pascoe in his account of his educational background makes no claim to have a degree. The writer, Patrick Connelly, tells us that

Pascoe attended the local high school and later the coveted Melbourne University High, entry to which is restricted to academic whizz-kids or their siblings. “My sister Jenny was brilliant but I was a bummer at study,” he confesses. Yet he matriculated to Melbourne University, foundered in commerce and gravitated to the State College, studying teaching and settling into his real loves: literature and drama.

Pascoe must only have developed his “false memory” that he has a degree at a later date.

23 thoughts on “The Higher Degree of Bruce Pascoe’s Deceptions”

In Praise of Gough

From Wittenberg to Mosque Doors