Yet Another Mass-Murder Mystery

I flicked between Fox News and CNN on the day (last week) when five marines were gunned down and killed, and two other people wounded, in Tennessee by twenty-two-year-old Mohammad Yousuf Abdulazeez. He was apparently a devout Muslim born in Kuwait but brought up in the US from a young age. He apparently did well at school, was well liked, and earned an electrical engineering degree at college. His father had been on a terrorist watch list at one point but had been taken off some years ago. A picture (below) of the killer and his family showed his mother and two sisters in hijabs. Presumably all of the family were devout.

Why in the world did such a successful and, by all accounts, well-adjusted young Muslim go on a killing spree, with an AK47 fired from an open-topped car at two separate military installations, near the end of Ramadan? Sure, ISIS had called for these murderous acts, with the promise of even more paradisiacal rewards if they were perpetrated in Ramadan. And he had recently spent time in the Middle East. Then, as well, there was his father’s chequered past. Still, surely, this offers no explanation?

Certainly, in any event, it was a mystery to the CNN anchorlady I saw. She interviewed a school friend of Abdulazeez who said nothing but good things about him and was as astonished, as was the interviewer, at what had happened.  In this case there was no ready evidence to suggest he was disadvantaged, drug-addled, or insane. So what the heck could it be? The FBI at that stage too had not ruled out common or garden murder; which, when you think about it, is also pretty astonishing.

Fox News wasted no time at all. A number of commentators nailed it as a terrorist attack inspired by ‘radical’ or ‘fundamental Islam’. Both terms were used. That’s Fox News for you, always ready to assume the worst. Never mind that it may have negative repercussion on moderate Muslims who are the vast majority. Alright, numbers of them might regularly kill people in the name of their religion but that has nothing remotely to do with their religion. 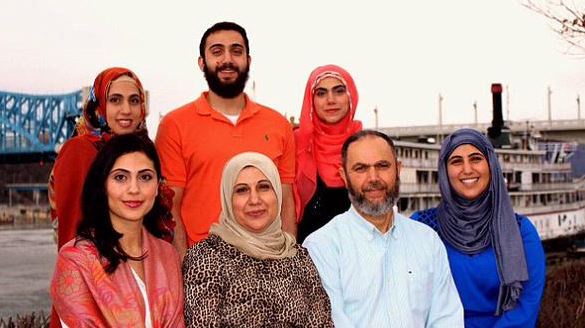 Seriously folks, that Australian renegade, Rupert Murdoch, has a lot to answer for in starting a politically incorrect news network which insists on trying to tell the truth when only half-truths, evasions and downright lies are now permissible – that is, if the truth inconveniences any minority group. Read for minority group any group that isn’t white and male or Christian.

Exactly how many killings will it take – 9/11, London’s 7/7, Madrid trains, Mumbai hotel, Boston marathon, Charlie Hebdo and on, and on, and on, numbering many thousands all told, before we collectively get it? This religion inspires killings. There is no mystery. It is there openly in the Koran and in the Hadith. Unbelievers must be converted, subjugated or killed. You can’t find that in any other religion. You can find it, or something like it, in any number of despotic secular tyrannies. Religion is something else again. It is so much more difficult to defeat.

The biggest problem is not the fanatics; it is the vast majority of self-identifying Muslims who do not, of course, want to kill other people. It is the biggest problem because the fanatics could not exist without them. There would be no religion to speak of without them. Moreover, they are the biggest problem because they create an impression — by being peaceful — that the creed is peaceful. Gullible people like David Cameron take the bait. And, if well-briefed political leaders can take the bait, then why not the commentariat and ordinary folk?

I don’t want to be pessimistic, but the faith itself cannot be ridded of its unsavoury parts. Nothing of substance would be left. The answer lies only in moderate and peaceful Muslims realising that their faith is incompatible with an open society and leaving it behind. What are the chances of that? Very small, as it stands, I would suggest. It is made much smaller by according Islam the same respect as accorded other religions. It is completely undeserving.

Eventually, to prevent a new Dark Age, Islam must be confronted ideologically. The religion must be exposed and taken on without impinging adversely on the rights or lives of Muslims in Western societies. Egypt’s President el Sisi made a show of starting the ball rolling but, really, he is in no position to lead the charge. That must come from Western politicians of courage and commitment. Hmm?

In the meantime, there is nothing to see here as devout Muslims, shouting Allahu Akbar, kill military personnel; Jews in delis; artists caricaturing Muhammad; writers not showing appropriate sensitivity and reverence; people in the street, in buildings, in cafes, in hotels, in railway stations. The perpetrators must all be mad or driven to desperation by disadvantage and historical injustices. They don’t represent Islam. They think they do, as do those radical Islamic scholars who have spent their whole lives studying the sacred texts. We know better.

And you can bet your bottom dollar on that same CNN anchorlady wondering anew what it all means when the next, inevitable, Islamic-inspired killing occurs. Was it purely random? Was it workplace violence? Was it a bank robbery gone wrong? What, there were no banks in the vicinity. It’s a mystery.

An Intimation of Mortality in the Air

Hard-Wired for Indolence or Industry?