The Sell-Out of Representative Government 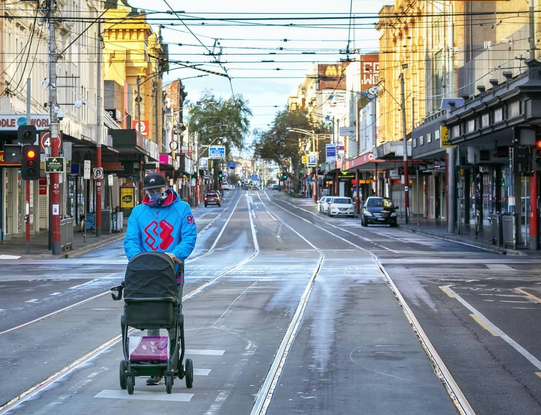 An axiom. Our inalienable rights are endowed by God not by government.

To be clear: No government gives citizens the right to earn a living, to educate their children, to visit relatives and friends, to walk the streets, to travel, to shop, to enjoy recreational activities, to associate, to talk to each other, to peacefully protest government policies and actions. We, the people, put parliaments and governments in place to protect those rights from those inside and outside the country who would take them away.

By force of arms, police states suppress inalienable rights. There are plenty of examples, past and present. Nazi Germany, East Germany, Soviet Russia, North Korea, Iran, Cuba, China; all a blight on mankind. Evil incarnate, precisely because they’re in the business of denying their citizens their God-given rights.

Are there circumstances in which democratic governments can legitimately limit one or more of the above rights for the common good? There are such circumstances. In times of war. During plagues. But any limits must be temporary and for a well-defined period of time, be considered not capricious, be explained transparently, be subject to continuing parliamentary scrutiny and approval, and be frequently reviewed.

It’s been a sell-out of representative government. And when you need a head of state to intervene, à la Sir John Kerr, they’re all missing in action. We, the common people, have been sold down the river; true, sadly, some willingly, enthusiastically even.

I took a snap poll this morning. It was a bright sunny day on the streets of Sydney’s Lower North Shore, where there have been no “cases.” Of the first ten people I saw outside, seven were masked. Ghouls. (To wit, according to my OED, “persons morbidly interested in death or disaster.”)

Let me talk about another sell-out. This is a sell-out by putative conservatives; certainly, of the weak-kneed Australian variety. Look at Sky News, for example, to spot them. Peta Credlin and Andrew Bolt among others. Alan Jones not among them. What a real national conservative treasure he is; a rarity on the airwaves and in print. The closest we have to the late Rush Limbaugh.

What then is the hallmark of these weak-kneed conservatives?

First, they buy into the script that every COVID death, all 939 of them (as of  August 7), is a tragedy. And of the circa 200,000 Australians who have died of other causes since the beginning of March 2020, nary a mention. Maybe they think it’s just tough luck if you happened to die of dementia, or heart disease, or liver cancer, or pneumonia, or childhood leukaemia, instead of COVID? Who knows how these people contort the facts of mortality to fit their thinking?

Second, they stridently advocate vaccination. Fine, but to then suggest, as they do, that a key to ending lockdowns is to free those vaccinated from restrictions is a road to apartheid. It means creating second-class citizens whose inalienable rights are to be denied by force of arms and onerous penalties. It is beyond extraordinary that conservatives would have a bar of that. Leftists, sure. They deal in tyranny.

Vaccine passports are not licences to be free. They are licences to take away God-given freedoms from those who are different and to persecute them. Hmm? Might have heard of that happening before.

Let me turn to these experimental vaccines. It is clear that those vaccinated can catch the virus. Not only that but Public Health England has now echoed a CDC study in saying that the viral load among the unvaccinated and vaccinated is about the same: “Whilst vaccination may reduce an individual’s overall risk of becoming infected, once they are infected there is limited difference in viral load (and Ct values) between those who are vaccinated and unvaccinated.” (Notice my underlining of the telling word ‘may’.)

Predictably, what has quickly followed is face-saving guesses from ‘expert’ vaccine promoters who suggest that, nevertheless, viral shedding from the vaccinated might be less. Do they know? Of course not.

Surely by now we all must know that the so-called experts don’t know. They’re playing catch-up with each revelation. Why is that? It’s because the whole vaccine business has been rushed beyond the capacity of anyone, including experts, to keep up.

You might have it heard it from your favourite conservative talking head. Haven’t vaccinated people the right to know that those around them in, say, football stadiums have also been vaccinated? In all logic, we now must go further.

That person in the next seat might well be vaccinated but, all the same, have a full viral load in their nose ready to expel it with force in your direction. What should be done to keep us all safe from these nasal expulsions?

Keep masks on?  Yikes, but masks simply won’t keep those expulsions nearly contained. We have no option but to turn to Kerry Chant, Jeannette Young, Brett Sutton and the other public health gurus. We must put ourselves and our freedoms totally in their capable hands, if we are to be kept safe.

39 thoughts on “The Sell-Out of Representative Government”