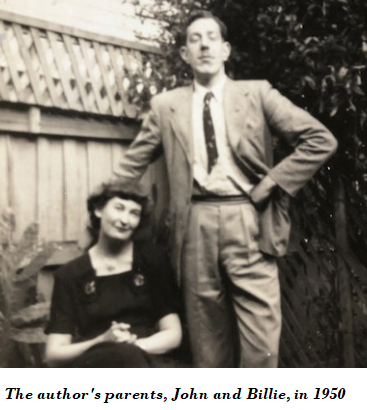 I’d like to blame Daniel Andrews for killing my Mum, whom we buried on Tuesday, but that wouldn’t be fair. She was 93 when I found her at the end of her bed, dead and cold but a lady to the end, or so I imagine from the drape of her limbs on the carpet, one arm frozen in what I take to have been a last-breath effort to pull down to a modest knee the hem of her dressing gown. A recent history of what the doctors called ‘mini-strokes’, a heart given to flutters, especially if the Bulldogs were in a thriller, and blood pressure that required the constant tweaking of medications to raise or lower it — no actuary would have said she had much time left, nor would any bookie have offered any but the longest odds on her replicating her own mother’s 99 years and dying just days short of the anticipated telegram from Buckingham Palace.

No, Premier Andrews didn’t kill Billie Elizabeth, but he’s not off the hook for hastening the inevitable.

It was the lockdown that did for her, as far as I can see and saw. She withered mentally and physically in the isolation of her home. In January, before the China virus hit and panic swept any hope of a rational response before it, she’d been her usual bright self, always keen to get her hair done, to be ferried to Coles or take in the pensioners’ matinees at the Sun Theatre in Yarraville.

There was the local RSL, too, where they did a full roast dinner for $18 that was almost as good as the ones she produced before the legacy of an earlier lifetime in fashionably uncomfortable shoes ruined her feet and made extended spells at countertop or stove an ordeal. Are you going to have a punt, Mum, I’d ask her as the waitresses cleared the table? They knew her well at the RSL and some still remembered Dad, a stalwart member and perennial volunteer who died in 2012. And, yes, she was always up for a flutter on the penny pokies — an excuse, as I always saw it, to natter with the other old girls as they pushed the buttons and lamented how the Queen of the Nile’s four Magic Pyramids hadn’t come up for quite a while. One day they did, and it almost killed her. I heard a gasping cry from across the gaming room and saw the players to either side leap from their seats to assist. It wasn’t a heart attack but a $7000 jackpot that caught her breath. We laughed as I drove her home about the fuss she prompted, and I had a particular chuckle when she observed that plying a woman in suspected cardiac arrest with a cup of coffee probably wasn’t a recognised medical protocol.

Well the RSL was shut by government edict, the local library too. The Sun darkened its screens for the duration, and her weekly lunch date at the golf club with “Mary from Poland”, Connie and Alma had to end as well. On the day Victoria’s first lockdown began I shared a pot of tea in her front room and listened as she recommended Barrow’s Boys, an account of British explorers’ derring-do in the early 19th century. She was halfway through the book and loving it.

When I found her on Tuesday, that book was by the bed but her bookmark had barely advanced. To put it simply, even as her heart continued to beat, she ran out, if not of life itself, certainly of the zest she had always brought to it.

The mini-strokes, meanwhile, began and kept coming, so there were frequent trips to scanning labs for surveys of the damage done. Then home to the lonely silence of the lockdowns. Her only permitted visitors, apart from me, were the magpies who carolled by the door for their two or three handouts of mince per day. She’d been feeding them for generations and joked that they were like the government: pay your taxes and you won’t be penalised; feed the maggies and you won’t be pecked come swooping season.

The medical problems never wore her down, even as clusters of rupturing brain cells began to affect her memory.  Sometimes she would refer to the Prime Minister as “Mr Fraser” and, shortly before the end, noted that she would have to pay “the Gas & Fuel” for the latest power bills. It was worrying to hear these little lapses, moreso when she saw the truth about herself and said “I’m losing my mind, I think”.

And the truth is that she was losing her wits, that mental decline accelerated by the lockdown. Mum’s was a ferociously intelligent mind, and often a combative one. Forced to leave school at 12 to help her own widowed mother pay the bills, she retired at 60 after decades of secretarial bookkeeping, immediately enrolled in university and aced an English/History degree, with a particular emphasis on the Regency. A Sandhurst lecturer would have been hard pressed to better her in any discussion of Waterloo.

Yet day by day I watched that intelligence and acuity wither. I’d stop by most afternoons  just to check everything was OK and, increasingly, find her sound asleep in the comfy chair. She was, she said, thoroughly bored, and it showed as each featureless day in solitary confinement melded into the next. What day is it, she would ask? Not that it mattered because, when Victoria entered its second and current lockdown, all days became the grey same. I’d bought a roast, a half leg of lamb, to cook and take over with the spuds and all the fixings, but the 8pm curfew and no-visitors rule made its delivery and my return to my own home problematic.

“I’ve lived too long,” she told me the week before she died, adding that she just wanted “to be with Dad.” It hammered the heart to hear the last residue of vitality ebbing away like that.

Could those final, locked-down months have been made less of a burden, reduced their erosive impact on a vulnerable mind? It seems to me they could. How hard would it have been for Andrews & Co., to have encouraged COVID-free volunteers to stop by the homes of the elderly and see how they were doing? How difficult to dilute the Premier’s daily press conference threats of fines and dire punishments with some considerate words for those whose will to live was being demolished by loneliness?

Daniel Andrews didn’t kill my Mum, that I’ll concede. But never will I forgive him for making her last days a wasteland behind drawn curtains, where a mind was, quite literally, bored to death.