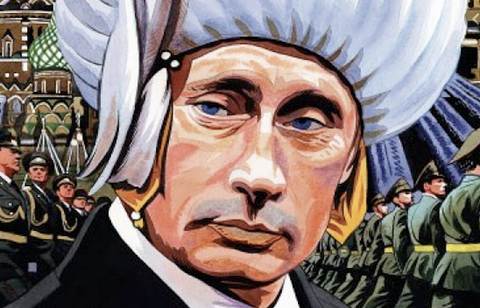 In October 1939, Winston Churchill had this to say about the Molotov-Ribbentrop Pact, signed six weeks earlier. “I cannot forecast to you the action of Russia,” he began. “It is a riddle wrapped in a mystery inside an enigma; but perhaps there is a key. That key is Russian national interest.”

In that particular case Churchill was right. The non-aggression agreement between two mortal enemies did indeed serve Russia’s short-term interests, but that was then. Today, while much we read in the West of events and currents in Russia remains opaque, we can be certain what is happening under Vladimir Putin is not “in Russia’s national interest”. Rather, the intent is to serve his personal interests and those of his cronies, whose interests are incompatible with those of the Russian people.  The key to confirming this comes in the disastrous revelations by one of the assassins tasked with killing opposition leader Alexei Navalny, who was, and miraculously remains, the biggest political threat to Putin’s regime. I would argue that, for Putin, this exercise of politics by poison is a personal Chernobyl. 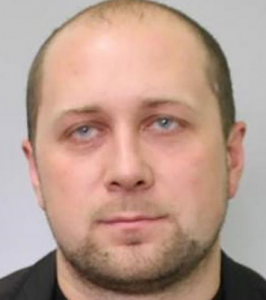 This recorded chat (English subtitles) reveals Russia’s highest authorities’ intention to assassinate their main political rival. Anyone listening cannot but be struck by the surreal nature of their conversation as would-be assassin Konstantin Kudryavtsev (left) unwittingly reveals everything about the attempt to impose the ultimate silence on Navalny. It will do Kudryavtsev‘s life expectancy no good at all that he mistakenly believed he was debriefing a fellow operative, not the man whose life he set out to take. His unintended candour confirmed what the Bellingcat investigation would soon after confirm.

The attempt on Navalny’s life has made Putin’s agents a laughingstock. Never before has an intended victim interviewed his would-be killer about an assassination plan. The interview details how Novichok, the potent nerve agent, was applied to the crotch of Navalny’s underpants, the structure of the assassination team, and the reasons why they failed. Navalny was airlifted to Germany, where he remains, out of hospital but still far from well.

Until now, the biggest failure of Soviet intelligence services was their inability to predict Germany’s attack, Barbarossa, in June 1941. This failure revealed the structural fault of authoritarian systems – an unwillingness, because of ideological constraints, to report objective data to superiors and the folly of those superiors in refusing to accept unpalatable facts from the field, let alone pass them on to higher authority. Barbara Tuchman explored this problem in The March of Folly:

Chief among the forces affecting political folly is lust for power, named by Tacitus as ‘the most flagrant of all the passions’… Because it can only be satisfied by power over others, government is its favourite field of exercise … the paramount area of folly because it is there that men seek power over others — only to lose it over themselves.

What Navalny has done to the Putin régime’s lust for power is comparable with the intelligence debacle of June 1941. While the Russian government can afford to look fearsome, it cannot afford to look ridiculous.

Navalny, like Alexander Solzhenitsyn before him, has delivered a king hit – a body blow to Putin’s régime. The difference is that Solzhenitsyn made us feel revulsion towards, and fear of, the USSR.  Navalny, instead, has made Putin’s régime look laughable, incompetent and petty. Yet, paradoxically, the fear might have increased beyond Russia’s borders – if this regime is capable of such insanity, there’s no telling what it might do next.

The consequences of these murderous revelations are profound. Most importantly, this is the death knell of Putin’s aspiration to be treated as a legitimate leader of a legitimate régime. If ever he had any possibility of this happening – even after invading neighbouring countries, Russian cheating during the Sochi Olympics, shooting down a Malaysian Airlines plane, poisoning enemies in Salisbury and killing another in Berlin. The list of outrages does end there because we must  also bear in mind Putin’s other mischiefs — cyberattacks, electoral interference, corruption, trade in mercenaries, vitriolic anti-West media campaigns inside and outside Russia’s borders. The supreme leader of all the Russians has became toxic to touch.

How has this state of affairs come about? Any student of history would be hard-pressed not to note that the development of the Russian nation was a never-ending nightmare of wars, trauma, suffering and despair. Most Russians were slaves until 1862. Only a relative few generations separate the very limited freedom they enjoy today from being sold and bought, passed from land owner to land owner. Russian rulers felt utter contempt towards those they ruled. There was no concept of civil rights.

The Tartar-Mongol yoke, the wars against Poland, Sweden and Turkey, the Napoleonic wars, famines, the Bolshevik Revolution, the Civil War, poverty, the Stalinist terror – with millions of prisoners and deaths – WWII, with millions of male lives lost and the remaining prevalence of females, and self-imposed isolation from the rest of the world would inevitably engender post-traumatic stress disorder on a national scale. This concept of recurrent intergenerational psychological trauma helps explain many bewildering aspects of Russian behaviour, such as mass alcoholism, indifference to property rights, widespread contempt for the law, explosive violence and an utter lack of civil graces – all of which are alien and quite puzzling to Western observers.

From time immemorial, Russians have felt inferior to Westerners, concealing it with aggression, rudeness and hostility, inventing (and believing) fairy tales about a ceaseless Western desire to conquer Russia – thereby feeling victimised and wronged. They still do not realise that their country is of no consequence to the rest of the world, except as, often unreliably, a supplier of energy and raw materials, and the possessor of a frightening nuclear potential.

Brian Moynahan, in his brilliant The Russian Century wrote:

Nadezhda Mandelstam, widow of the poet Osip, who was arrested in 1938 and died a few months later in a camp near Kolyma river, observed that terror had made ordinary Russians “slightly unbalanced mentally – not exactly ill, but not normal either.

All the above does not quite answer the question, but it does give a necessary background to understanding the answer. In 1991, the USSR collapsed. Millions who had sworn to protect it did not lift a finger. Nobody wanted it anymore. Contrary to a common misconception, the collapse had little to do with Reagan, Thatcher or a Western victory over Communism. It was the brilliant, but evil, manoeuvre of the Soviet élite, designed to complete the goals of the October Revolution of 1917. The people who effected the 1917 coup d’etat did not get inheritable rights to the riches of those they had dislodged. The USSR’s collapse has reversed this ‘abnormality’. The Soviet élite was eminently successful in transferring the country’s assets to their own ‘legal’ and inheritable ownership, thus creating a new nobility of the rich and the powerful.

In dollar terms, this transformational theft was astronomical – some estimate the amount stolen from the Russian people to be in a vicinity of between two and three trillion US dollars. (Those who wish to know more about the “Theft of the Century” might refer to Russian author Igor Bunitch’s Gold of the Party, regrettably not available in English.)

High oil prices swelled the new rich’s coffers to obscene levels and opened new horizons in corrupting Western élites. As befitting the new rich, the ‘New Russians’ wanted — no, they craved — deference, admiration and obsequiousness from those who took their money. The New Russians were buying Western politicians and high-level functionaries left, right and centre. Money was laundered, and shares, football clubs, jets, mansions, enterprises and yachts were bought. For them, life was and remains good.

The first alarm bell for the West was sounded in 2010, with Putin’s Munich speech. Declaring that Russia wanted control of the former Soviet satellites, he demanded, in effect, a second Yalta agreement. The willingness of these former satellites to return to a warm Russian embrace was highly questionable. Putin, in the best tradition of treating Russian subjects with contempt, was not concerned.

Things have changed. Many ordinary Russians have now travelled overseas and have access to more sources of information, and can compare their lives with others’ elsewhere. What they have seen and learned has shocked them. The sudden realisation that Ivan is so much worse off than John, Jacques, Johannes or Juan shook Russians to the core, filling them with anger, resentment and envy. It was not only the resentment of “have nots” towards “haves”. It was also the terrible discovery of the tangible inferiority of Russian culture and its soft power when judged against that of the West.

Not accustomed to blaming their own government, Russians blame the West. They sincerely believe government propaganda about Westerners being haughty, arrogant, contemptuous and hostile. A new term of abuse was invented: ‘Russophobia’.

This state of affairs was exactly what the former KGB, (now FSB, SVR and wotnot), wanted. Because – and this is the crucial point – the culture of hatred and habitual confrontation with the West has remained a cornerstone of these organisations. The Russian Federation is by an unholy trinity of (a) the security services, (b) former Party apparatchiks turned entrepreneurs and (c) kingpins of organised crime, able to legalise their ill-gotten gains. Any threat to their power to fleece ordinary Russians and retain their gains is taken seriously and responded to with extreme prejudice. With the cowed and brainwashed population offering no resistance, any opposition must be suppressed, hence the assassination attempt on Navalny. Anything and everything Putin and his cohorts do is directed towards their internal audience, with the clear view of staying in power indefinitely. Putin, a career KGB officer, wholeheartedly shares these sentiments. As Russians joke, there are no ‘former’ KGB officers – the KGB is an organisation whose entrance costs one ruble and whose exit costs two.

His KGB service notwithstanding, Putin is a Russian, with all the characteristics, traits, emotional baggage, fears, anxieties and beliefs of his ordinary countrymen. This is a concern, because Russia’s deep-seated mistrust, resentment and anger towards the West, together with its leader’s KGB background, does not bode well for his ability to cooperate with the West. 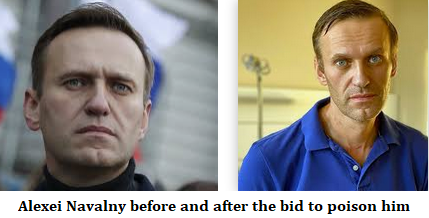 What about Navalny? His continued existence is another “riddle wrapped in a mystery inside an enigma”. He ‘should not’, by Putinesque criteria, have been getting away with what he has been doing. What are his resources and information? How does he move about unrestricted? Whence the money to pay his staff?

The only realistic explanation — sheer speculation, I concede — is that Navalny is being used in power plays between competing power-holders inside the country. His life is in danger, no doubt about it. His near miraculous survival has made him a potential Russian President along the lines of Nelson Mandela and Vaclav Havel.

No matter what happens now — whether or not Navalny is allowed to return to Russia, whether or not he seeks asylum — the man deserves our gratitude. He has made Putin and his spooks look silly and allowed the world to laugh at, and scorn, the ‘former’ KGB colonel.

Dr Michael Galak and his family came to Australia as refugees from the Soviet Union in 1978. He gratefully acknowledges the help of Dr Peter Arnold OAM in writing this article

Rules? The Left Grants Itself Immunity