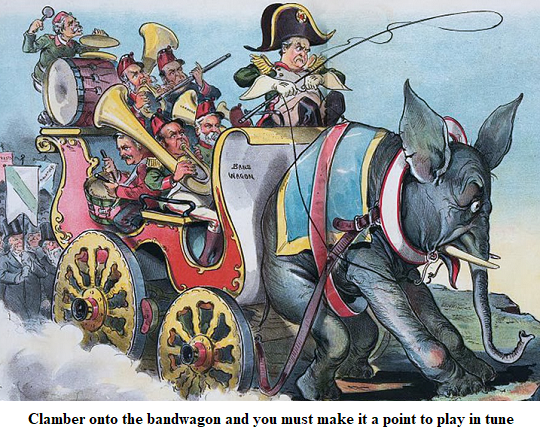 What happens if Climate 200 candidates knock of Tim Wilson, Dave Sharma, Trent Zimmerman, Josh Frydenberg and/or other so-called moderates? Yes, the election will be lost but it’s probably lost anyway, unless the pollsters are completely off track; which on past experience you can’t rule out. In any event, my query goes to who in future the Liberals would put up to wrest the moderates’ seats back, if any by next Saturday night are in fact lost.

Candidates to the green left of, say, Zimmerman? Are there any such people who haven’t already signed up for the Greens? Might find some, I suppose. Mates of Malcolm Turnbull, Matt Kean or John Hewson? It’s a conundrum. I’ll come back to it. In the meantime, this is precisely what happens when a party is infiltrated by fifth columnists; by those who represent the interests of the opposition.

It loses its independent voice. Ultimately it loses its raison d’être. More than this, the community loses out on a diversity of challenging views. A monoculture develops. Such a culture has more or less developed when it comes to climate change.

If there is a single shared political vision in combatting catastrophic climate change, which there is, then why would a majority of voters ever think differently? And why wouldn’t many voters choose the candidate who promises to do more to fix the “devastating problem” that all major parties agree exists?

Politics is downstream from culture. But it is a mistake, I think, to conclude that politics doesn’t play its part in shaping culture. Having like-minded politicians corrupts our culture. It is healthy to have a plurality of views; that way dissenters are less likely to be persecuted. As it is, it would be a brave scientist in the corporate or academic world, with career afoot, to go against the dominant climate wisdom. Ditto for a budding political operative in the Liberal Party. Cancellation awaits, like the sword of Damocles.

Where goes climate, so goes other issues. As examples. Free speech. Religious freedom. LGBTQ+ demands. The renewed tribalism of Indigenous rights. Objective and rigorous school curricula. Generally, the Labor Party has become unhinged from its industrial base in a forlorn effort to keep inner-city voters from straying green. The Liberal Party is following on. Us too! They’re now all jostling for voters by selling the same bad ideas; albeit with variations on a theme.

Are Liberal parliamentarians robustly and fearlessly in favour of free speech, religious liberty, protecting biological women’s sports from inroads by biological men, equal rights for all, traditional facts-based education? Obviously not. Sure, the occasional right-sounding squeaks can sometimes be detected before the scurrying, lest someone hears and takes offence.

Back to answer my own question. Who will wrest back the moderates’ seats if they are lost? The answer is no one. The seats are lost; at least for a generation. How do you win them back from voters who’ve been schooled by all sides that we have to do our bit to forestall climate Armageddon? It’s impossible to outbid the likes of Kylea Tink, Allegra Spender and Monique Ryan.

A rationale conservative case could be made. Someone from the same party that has committed to net zero by 2050 might explain that climate change has all been overhyped. Good luck.

As it stands, the Liberal-National coalition is much better than the alternative across border protection, defence and probably economic management. These aren’t small things. They are vital things. But so is having a sane climate policy and social policies which align with traditional Western values.

Unfortunately for the Coalition it can’t pick and choose the territory on which the battle is fought. It wouldn’t have to, if it had adopted principled positions across the board and worked hard to bring voters along; or a substantial number of them. As it is, people’s minds have now been warped into a unitary belief on climate and into being tremulous about standing up for old-time values.

It might be a downward spiral from here. Politicians and voters leading each other down the road to perdition. Culture begetting politics, politics begetting culture.

The Platitudes of a Pantywaist President